It All Ended With A Clown Car

Home » All Reviews » It All Ended With A Clown Car

“Hey, people who travel with their bed pillow. You look insane. ” – Jim Gaffigan

I was a terrible packer and a worse traveler. That is to say, I didn’t know a damn thing about how to travel or what I was in for. All I knew was that I needed my hair dryer, curling iron, bed pillow, and a selection of hardback books. Yes. Hardback. I was flying to Italy via New Jersey, and somehow I was going to make it from where I landed, Milan, to a small Italian hill town in northwestern Italy with all of my luggage. Which included  a very large very heavy rolling bag, a second large and very heavy rolling bag, a backpack, shoulder bag, purse, and bedroll. Someone at sometime was going to meet me at the airport and guide me to my new home for the next three months. I had no idea who or when they where and when they where going to show up. I had no idea how to use the euro, or exchange rates or any damn thing. I was a traveling idiot. 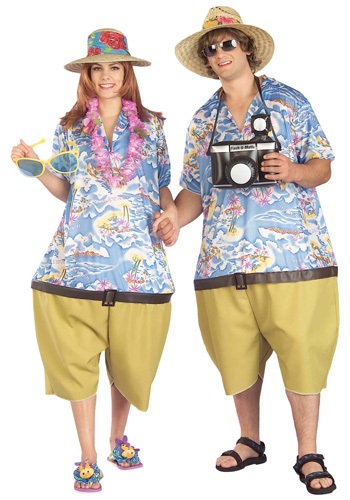 Me, but with more luggage.

After 12 hours of flying and many time zones, I arrive at my destination. Only to sit for six hours on pins and needles waiting for someone to come get me. I finally see one of my instructors arrive off of a bus. He is carrying a single bag and looks like an avid traveler. When he sees me, he pauses. “is this your luggage?” I reply with an enthusiastic, “yes!” He sighs. He knows he is going to have to help me carry my plethora of bags across Roman-dom. (Get it. Instead of Christendom. Dumb joke, moving on.) Now in my very USA mentality, I am thinking we are going to pop into a mini-van and be at our destination in an hour. No problem. At this point I have been traveling for 18 hours straight. I was blessed with many useful abilities, sleeping in public a la plane was not one of them. So I am slap happy making dumb jokes. I look like a complete tool ready for excitement. So I grab my nearest bag, all 60 pounds of it and start to drag it to destinations unknown. Squeak squeak. Also, I might add that I have not eaten anything in 6 hours except for a Nutragrain bar I surreptitiously packed because I have no idea how to use the money.

We walk out of the airport and I am surrounded by very chic Italians going places in their Manolos. I am rocking some Nike’s and my camera. I am oblivious, and frankly I am starting to sweat. Milan is hot, I also didn’t check the weather, Sticky horrible hot. My teacher leads me over to a large bus. We have to take a bus to a train station on the other side of Milan. I lumber over, dragging my luggage. Beads of sweat are starting to rain down upon the baking pavement. I load the luggage into the bus and get on. It is a non-air conditioned bus. I have now entered the seventh circle of sweaty hell. Me being me I try to look out the window and see some of the sites of Milan. There are lots of multi-colored flags hanging out windows that say “Pace.” I had no idea what that means and I have other problems. Namely the pool of sweat I am sitting in.

Aside from that, the bus trip is uneventful. Busses seem to be the same where ever you travel to. Kinda scary, but mostly safe. No seat belts. We arrive at the train station and it is HUGE bustling place. I have never seen anything like it in the states. We just don’t use trains like this. Squeak, squeak, drag, drag, sweat, sweat. Our train is on the other side of the train station and it is packed.  So carrying 200 lbs. of luggage, and bumping into the odd Genovian, I make my way to the train. Which is of course totally crowded, I died a little bit inside.  At this point I really wanted to set my luggage on fire and damn the consequences. “Excuse me, Excuse me. Pardon me, lady with luggage coming through.” This train does not have air conditioning either, but thankfully it does have open windows. Thank god. I stick my face out of it like a German Shepard and wait for whatever is going to happen next.  I am enjoying the sticky breeze, when an older Italian woman starts yelling at me in Italian about rolling up the window. I whimper and roll up the window. I am now her bitch. I should have told her to shove it, but I did not want to seem like an asshole American. I ride the train for 3 hours. Eventually I get a seat, which is a godsend. I also had one of the coolest moments of my life. Going through a very long tunnel with the windows open and no lights. I thought I knew what dark was until I was in the middle of that tunnel. The coolness and darkness was such a relief I could have cried.

I arrive at Genoa where we are to switch trains, again. This time it is a much smaller train. Squeak ,squeak, drag, drag, sweat, sweat. I lumber on like Sisyphus with his stone. This one does have air conditioning and I am eternally grateful. We ride this train for another hour and arrive at a train station that is out in the boonies. At this point I have not eaten. I have no idea how to procure food. I am starting to get ravenous, and thinking what my instructor would taste like with bbq sauce. Either I eat him or I am going to eat my luggage.  I follow my instructor around the back of the train station and he takes me to a minivan! No just kidding. He takes me to a clown car that is the smallest car I have ever seen. I laugh uncontrollably and scarily at this point. My luggage weighs more than this car. 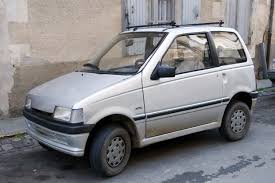 Yup I think this is the car.

I need to preface the next part of this journey with, I am 6′ tall and a rather large person. So I laugh hysterically. My instructor looks at me with concern. We pack the back of the car, Jenga style with my luggage and start the final leg of our journey. Loaded down the car can’t go over thirty miles an hour and we have a big hill to climb to the villa. A really big hill. 15 mins later traveling up the shoulder we arrive at the final destination. We unload everything and I head to my room. My instructor takes pity on me and feeds me a bowl of soup and a glass of wine. Which was ambrosia. It could have been boiled horse ass and I would have slurped it up with bread.  I head into my room where my cot awaits and sleep for 15 hours.

Things I have learned on the first leg of this journey:

Soon!! “It all Began with a Clown Car – The Voyage home.”