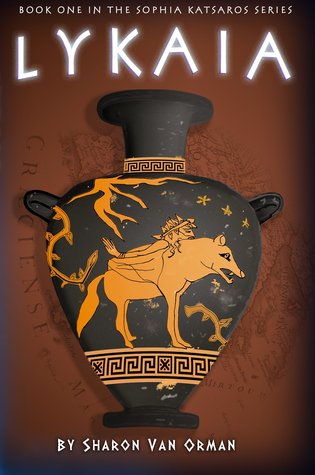 Sharon Van Orman “After all, the best stories have a kernel of truth.”

Author of the Sophia Katsaros series, Sharon van Orman talks about stepping into the paranormal thriller genre and the development of Sophia Katsaros.

If you haven’t stepped into the world of Sophia Katsaros, you honestly should. Lykaia, the first novel of the series is a SPFBO5 semi-finalist and fantastic foray into the intriguing world of werewolves, greek mythology and family dynamics.

I got an opportunity to sit down with the author and have a chat.

Check out my review from yesterday.

First off, tell me a little bit about yourself?

My father was in the Air Force, so we moved around a lot. I was constantly having to make friends. Sometimes, it’s easier to invent your own friends. Those, at least, could come with me when I moved.

I am a mom of three nearly grown children and a couple of geriatric cats. Raising them has been a grander story than anything I could have written.

I have a fascination with gemstones, mythology both Greek and Egyptian. Stacks of notebooks with story bits represent endless adventures that I look forward to writing.

I had always thought that I wanted to find one place and stay there. But now I know those early years instilled a hearty dose of wanderlust. There is so much of the world left to see… everywhere there is a story.

Can you tell me about Lykaia, and about the series as a whole?

Lykaia started off as my first venture into paranormal thrillers. Sophia grew from there and she is the focus of the series. She’s had a lot of change with quite a bit more to go. I don’t know how many books there will be. But I do have the basic plots for books 4 and 5.  I have this notion that a story as a weight to it. Sophia’s story has a fair bit to go before its done. Magic has awakened in her world. This is only the beginning.

The basic premise of the series is rooted in Greek mythology. The idea being that humans invented the gods to explain away the things that went bump in the night. In Sophia’s world the gods aren’t real, but the nymphs, the shifters and a myriad of other creatures are. Those are the things that man sought to explain within the stories of the gods. Each of the books unravels a myth giving a possible explanation for its creation.

After all, the best stories have a kernel of truth.

Where did you get your inspiration for the character, Sophia Katsaros?

Sophia actually came after the wolves. A writer friend convinced me to enter a Halloween themed flash fiction contest. I was hesitant at first, but then I recalled the myth of King Lycanos and the story grew from there. I entered the contest and won. That story is the prologue to Lykaia.

The wolves stuck with me for a while after that. I knew there was something there, but I also knew that they were part of the story. Not the story itself. Sophia began to take shape and I knew she was the story. One of the first chapters with her was an autopsy. She began to tell me who she was from there. 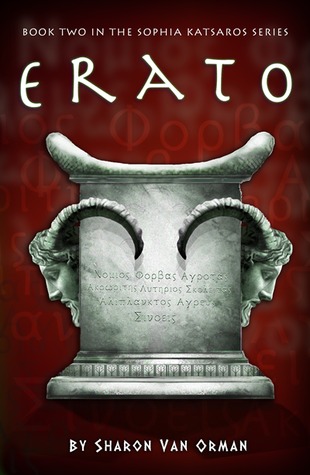 Sophia Katsaros is a forensic pathologist. How did you come to choose this profession for Sophia? What kind of research was involved in the choice?

That is one of the interesting things about a story, there is far less choosing than one may expect. I didn’t pick her profession. That is just who she is. But yes, once that was established, I knew I had better sound convincing. So, I did a lot of research which resulted in a completely dodgy browser history.

It wasn’t a conscious thought on my part. But there is definitely a theme that has grown with the books. Sophia is from a small but close family. She’s lost her father, and then her brothers. Her mother has shared those losses, but there is more to her than Sophia knows. Family takes on new meanings for Sophia in the following books.

What did you learn when writing Lykaia?

I leaned to get out of the way of the story. 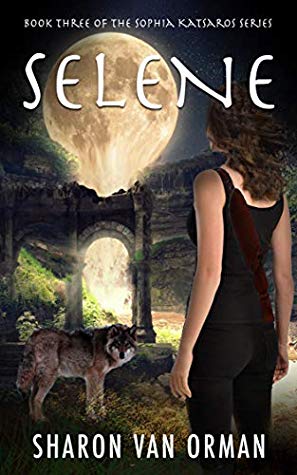 The story went to some pretty exciting places. Did it end up in the original place you intended?

I had an idea where I’d end up, but I wasn’t sure how to get there. That’s the fun of writing, following a story. Sophia is great fun to write.

There is a book 2, Erato, and Book 3, Selene, of the story already out. Could you tell us a little about the sequels? Was the writing process easier or harder for the sequels?

I went into the story of Erato expecting to wrap up the plot of the wolves. But that is far from what happened. The wolves decided that though they weren’t the story, they would be a large part of Sophia’s. She is on a journey of discovery. She thought she knew who she was. That identity was taken from her, so she has to forge a new one. And the new one is far from anything she could ever have imagined.

Selene has Sophia accepting parts of her new life but still figuring out how to navigate those changes. There are also some changes in store for Arthur that will come in book 4 which are hinted at in book 3, Selene.

What books influenced you as a writer, and what is your favorite book?

A discussion of books feels like it needs to be prefaced with preparations similar to a road trip. This could take some time, we need snacks.

For me, books are like memories, and to those memories are tied emotions. Which makes a lot of them situational and dependent upon how I am feeling. The first story that I recall loving was Alice in Wonderland. Writing is very much like stepping through the looking glass.

The books that I have come to love are old friends who I re-visit when the mood strikes me. I have some old Kathleen Woodiwiss romance. I have the old horror novels by Bram Stoker and Mary Shelley. Anne Mccaffrey’s Dragon Riders of Pern was one of the first fantasy novels I read. Her books led me to sci fi . Jane Austin is fun to read. For a woman of her time to write with such frankness is amusing.

When I first stated writing, I thought one had to start at page one and go from there. I generally know how a story moves. And in some cases, I know the ending. But there was a particular book I was working on that I had no clue where it started. I read an interview with Diana Gabaldon where she said that she writes sporadically and in pieces. It was a relief to know that there wasn’t a formula to writing. Or if there was, it was whatever I decided I wanted it to be.

Finally, a question that is always fun. If you were having a dinner party with three literary characters from anywhere in books, who would you choose and why?

Oh, that is a good question. There are so many combinations… Clair Fraser, Elizabeth Bennett and Holly Golightly.

They are three strong women who are unashamed of who they are. They don’t pretend to be anyone else to survive. They just re-write the rules and force the world to notice.

But wouldn’t it be fun to have Count Dracula, Inigo Montoya and Jay Gatsby? “I am Inigo Montoya, you killed my father…”

Where to Purchase the Series?