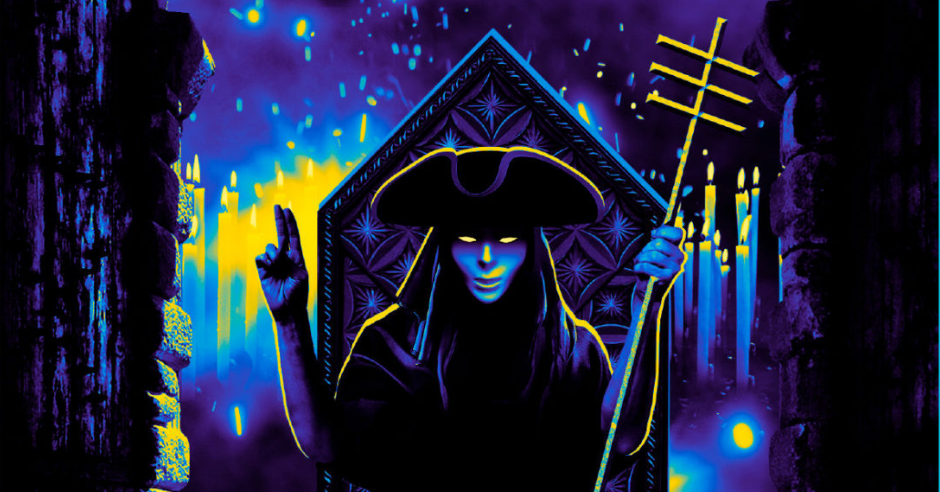 By Beth TablerMarch 5, 2021No Comments

Robert Jackson Bennett “So I thought about that, and decided that magic is basically just a list of instructions given to reality on how it should change, and become something different…”

We managed to grab a quick word with Robert Jackson Bennett. He is the author of the Divine Cities trilogy, The Founders trilogy, of which two books are written, Foundryside and Shorefall, as well as numerous fantasy and horror novels. He is also a two-time award winner of the Shirley Jackson Award and has been shortlisted for World Fantasy, Locus, and British Fantasy awards.

He took some time out of his busy schedule to answer some questions for us:

You have touched upon the question of what it means to be human in many of your books, mainly what true humanity is. Do you find that this is a concept that you gravitate towards? And, if so, why?

I would say that I find myself exploring the ways in which peoples, cultures, and civilizations find themselves in positions of power, and what influences and experiences affect how they then choose to use those powers.

A critical thing that keeps returning is the idea of entitlements, permissions, privileges, and what one deserves. I have a gut intuition that when a person comes by an advantage, either of their own doing or by something else’s, they quickly cobble together the logic to support that this wasn’t happenstance, but in fact something that they earned or that they deserve. This then gives them the right to do with it as they wish.

What I come back to a lot is wondering – why do we do this? What amplifies this impulse? Is it destructive? And, if so, what societal measures could temper it?

Sancia is the epitome of a strong character. My favorite quote from Foundryside is, “But the fire was you as well?” Sancia shrugged. “Shit got out of hand.” Which I think sums her up perfectly. When you first sat down to write The Founders Trilogy, did she start differently as a character?

Sancia was all over the place when I first wrote her. Initially she loved stealing, and was something of a wilding, this mad, savage girl from the gutters who was a bit of a kleptomaniac. I quickly realized this wasn’t going to work: making it an uncontrollable impulse deprived her of choice, and it’s choice – compelling and understandable, if not necessarily sympathetic – that makes a character strong.

I realized then that Sancia was a creature whose life was formed almost wholly by survival: she was someone accustomed to thinking that every tomorrow was uncertain, and you had to fight for every one. This made her pragmatic, brutal, utilitarian – a lot of fun to write for. And indeed, she probably represents the modal form of humanity: for thousands of years, your survival was uncertain. It’s only very recently, and only for some, that that’s changed. Representing that clash of mindset – between people whose safety is guaranteed, and those for whom it’s not – quickly became an obvious and important part of Foundryside.

Humanity seems most eager to use this latter currency. And we never note how much of it we’re spending, unless it happens to be our own.”

Speaking of Sancia, in one of your scenes from Foundryside, Sancia relives some traumatic memories from her past. It is evident that Sancia has a form of PTSD that she is dealing with. I thought this scene was a thoughtful depiction of a character living with mental illness. Did you research PTSD when creating Sancia’s character?

I didn’t, I’m afraid. I try to make the reality of the story conform to the characters and the plot more than our true reality, when possible. I wanted to make the other characters in the story (as well as the audience) understand the trauma and suffering that had taken place and still was taking place outside of the little bubbles of the campos. If that moment aligned with our actual reality, that’s good – but my general understanding is that PTSD is considerably more complicated than most people, and certainly most writers, would expect.

Scriving is one of the most interesting abilities I have read about in fantasy. It seems like it is a combination of capabilities, one that requires courage, talent, and grit. How did you come up with the scriving?

I was driving around, trying to think up a magic system and feeling somewhat irritated, because most magic systems do not feel organic. The idea of someone experimenting and, say, killing a bunch of magic animals, and then stuffing bits of them in a piece of wood, and then positioning their body in just the right way, and thinking the right thing, and saying the right mixture of Latin nonsense – that’s preposterous. No one would ever logically go about discovering that system of magic. And yet, this is what has happened in Harry Potter. (Which I know is a whimsical story, but as the plot engages more and more with the magic, one quickly realizes that if the magic’s shaky, the plot will be too.)

So I thought about that, and decided that magic is basically just a list of instructions given to reality on how it should change, and become something different. At first it was like a legal contract – but then I decided that code was much messier, and much more fun.

“Every innovation—technological, sociological, or otherwise—begins as a crusade, organizes itself into a practical business, and then, over time, degrades into common exploitation.“

Shorefall was different because it wasn’t a mystery at heart. You knew who the bad guy was, what he was doing, and largely why. This made writing it a bit trickier.

It was also hard because I could tell what I and the audience wanted the next book to be, and how the story wanted the next book to be. Because I went into it wanting to write a sort of Russian Revolutions story with magic, where the Commons would rise up against the campos, and there’d be fighting in the streets, and basically just be Les Mis but with more magic and less bread crimes.

But this wasn’t really how the series wanted to go. That’s a social revolution story – the spreading idea that the governed should have some say in how they’re governed – but Foundryside is really a story about technology, and how technology shapes our attitudes and societies. And the more I thought about it, the more I realized this needed to investigate innovation – which can be such a wonderful thing, but is often used to the worst ends.

Will innovation always trend toward serving the powerful? Is this how it’s always fated to go? I realized that this wasn’t on Sancia’s mind yet – so I had to introduce a character to pose those questions to her.

Last year I had the immense pleasure of reviewing an advanced copy of Vigilance. It struck me very hard, especially as it described people being regularly close to violence, and numb to it.

I am a Las Vegas native and lived across the street from the Clackamas Town Center shooting. I have lived close to extreme violence twice now. Was the catalyst for writing Vigilance a single violent event, or was it the onslaught daily violence in the US.

I was out walking, and feeling pissed off about shootings and the news several years ago, and I thought about the most lurid, exploitative plot I could imagine, a Running Man style story where mass shooters are the contestants and civilians are encouraged to be vigilant at all times to be ready for them. It was about the ugliest thing I ever thought of.

I never thought to actually write it until a friend asked for a novella. The Parkland shooting had occurred, so I figured – why the hell not. Why not get this poison out of me?

Stepping out of the specifics of your books for a moment, I’d like to ask you about writing in general. What is the most challenging part of your artistic process?

Starting the book. The opening does an incredible amount of work, and all of it has to land. There can’t be any fat in it, otherwise people will get bored.

Are you a pantser or ploter?

Pantser. I think of plotting as planning an educational course for a child I’ve never met. You’re saying to yourself, “By this time, I expect them to have these grades, and have these skills developed, and then they’ll be this kind of major and get this job.” And then you meet the child and realize that they’re not the perfect being you imagined, and there’s no way you can just force them through this abstract plan. You have to work with them and realize they have their own priorities and goals, and trend toward that.

The last question I like to ask is a fun one. The dinner party question. If you could invite three people to a party, alive, dead, or fictional, who would they be and why?

Talleyrand, Katherine Hepburn, and Dorothy Parker. That’d be a hell of a fun time.

Check Out Some of Our Other INterviews