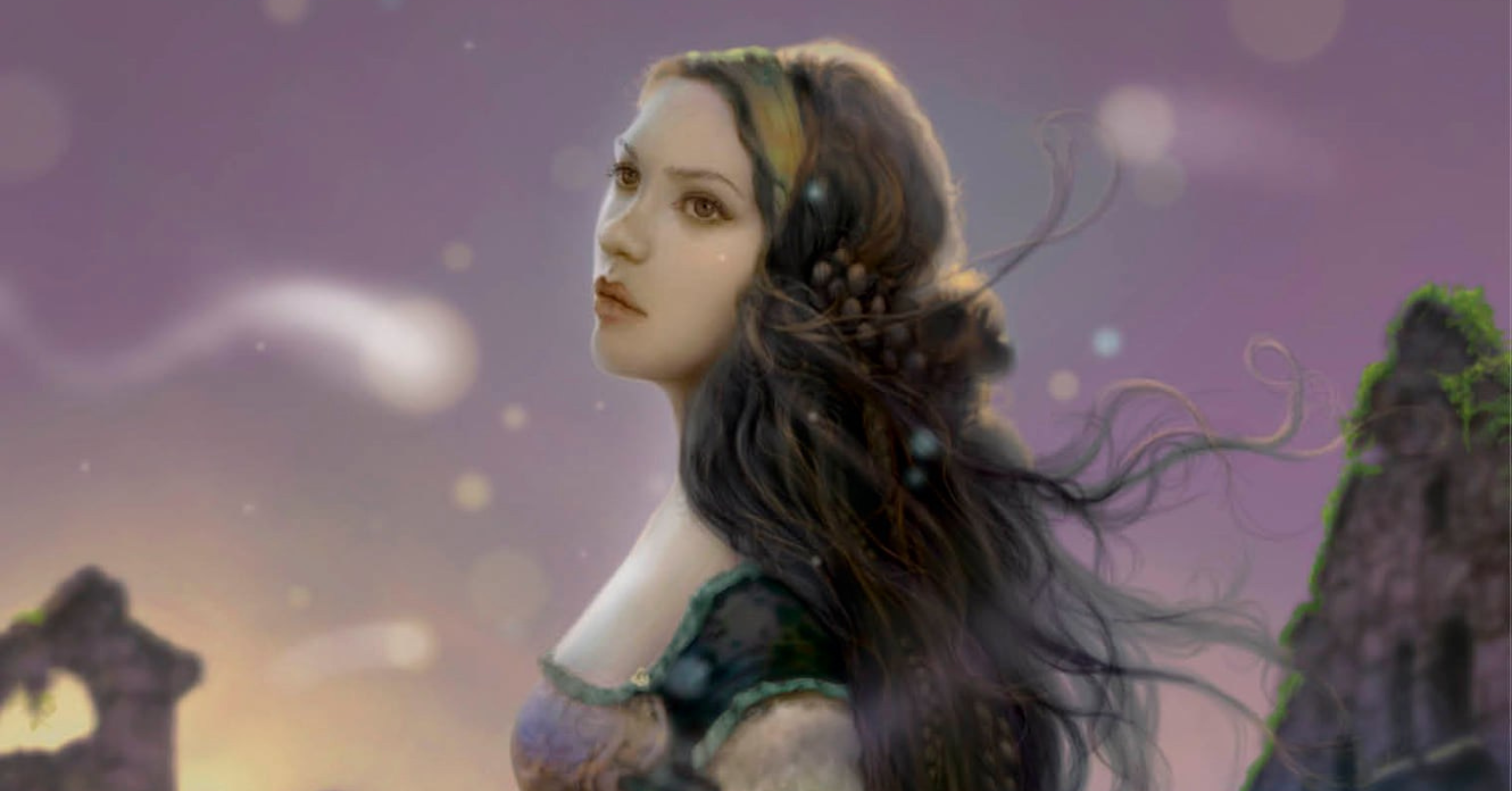 An interview with fantasy romance author Grace Draven, who just published Raven Unveiled, the third in her Fallen Empire series.

Multiple romantasy writers and readers in a recent panel discussion on our blog listed you as a prime example of what the genre has to offer, and your success speaks for itself. How did you come to start writing fantasy romance in the first place?

What a lovely thing for those folks to say! THANK YOU! And thank you for having me here at BWG!

I’ve been a heavy reader of both the fantasy and romance genres since I was a young teen. As I grew older, I really yearned for a fusion of the two. Romance at the time was dominated by historical and contemporary, which was fine. I hoovered up both subgenres with gusto. Then paranormal came onboard, which was very exciting. Fantasy romance, however, was a unicorn, nearly impossible to find. Fantasy itself had a few books out with vague, enticing hints of romance in them – just enough to whet the appetite but never enough to satisfy.

I’m certainly not the first author to write romantasy, but being a reader who loved the idea of melding the two inspired me to write a few myself. Best decision I ever made.

Your delightful arranged marriage fantasy romance Radiance (Wraith Kings book 1) represented a big leap in your popularity, with over 50,000 ratings on Goodreads and counting. Why do you think that book in particular has been so successful—is it something that was missing from the market at the time, or was there something special about it that you felt in your bones as you were writing it, or perhaps a secret, third thing?

I wish I could say I knew exactly what made that book so successful because you can bet I’d repeat it. I think its popularity was due to a combination of luck, timing, and a market that typically saw the arranged marriage embedded in the enemies-to-lovers trope instead of the friends-to-lovers trope.

I basically write all my books based on what moves me at the time. With RADIANCE, I came at it from the idea that arranged marriages have existed (and still exist) for centuries. Surely not everyone going into these arrangements were going to resist them and/or treat their spouses as the enemy. I wanted to explore the notion of two people who understand their roles in society and accept them, are willing to give this relationship a chance. To be civil at least, friends at best. Falling in love would be the ultimate. Their journey to that last connection is point on which RADIANCE spins.

You have had great success with self-published books, but your Fallen Empire series is published traditionally. What were the biggest surprises regarding the difference between the two publishing methods?

Not a whole lot of surprises. By the time I was contracted to write for Penguin-RH, I’d already received a lot of great advice and tips from other traditionally published authors who gave me a heads-up on what to expect. I think my only two surprises were having a choice about a cover artist (I was given three to pick from) and also a choice on narrators for the audio version (unfortunately the narrator I wanted wasn’t available when Penguin-RH needed her, but they offered an alternative narrator who has done a wonderful job with this series).

You are known for writing fantasy romance with a dark side. What draws you to write these kinds of stories, and how do you think about the role of power imbalance and consent in your romances?

While I consider myself a jovial person, I’m drawn to melancholy things. As such, you’ll typically find a melancholy thread running through even my lighter stuff. I guess you can call that a key element in my “author voice.”

Power imbalance and consent are pivotal in all my stories. They’re what generate the majority of conflicts in my books—not just between my couples but between societal strata, tribes and clans, kingdoms and empires.

Do you have any hints to share about what’s coming next after Raven Unveiled?

I’m finishing BLACK HELLEBORE (a Wraith Kings novella featuring Brishen and Ildiko) for publication February 14, 2023. I also have a novella called THE HANDMAIDEN which will be in an anthology titled THE WATERS AND THE WILD – goes live in Spring 2023. And during all of that I’ll be working on THE NOMAS KING (Wraith Kings, Book #4) to be released some time in 2023. I also have two book proposals to send to my agent for possible submission to a few traditional publishers. So, a very busy schedule for the coming year.

Thank you once again for taking the time from your busy writing and publishing schedule to share with our readers, and congratulations on the launch of Raven Unveiled!