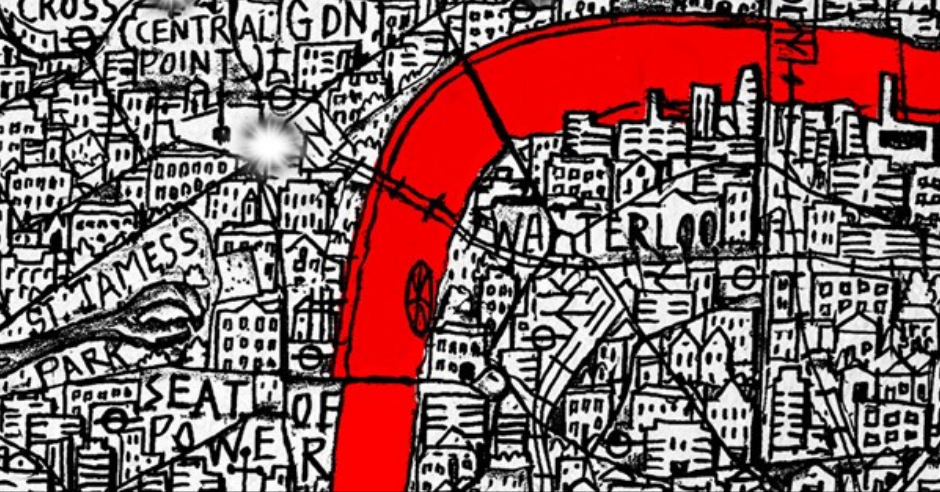 Years ago, on my quest to read the world of urban fantasy, I came across Bestselling urban fantasy author Ben Aaronovitch’s Rivers of London novels and was immediately hooked.

Ben kindly sat down with us and chatted with us about writing, his start, and his newest novel, Amongst Our Weapons. 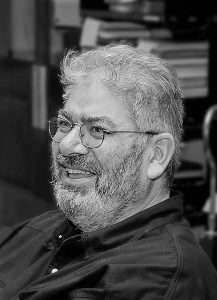 [GdM] How did you become a novelist? Can you tell us about Waterstones and how Rivers of London come about?

I started as a scriptwriter but after my first Doctor Who I was offered the chance to novelise my story which is like someone saying they’ll pay you good money to learn how to write prose. Once I’d done a 40,000 word novella I knew I could do a full-length book. After a few more tie-in novels for Virgin and Big Finish I was confident I could write well to that format. When my career as a scriptwriter fizzled out I found myself working in Waterstones and going slowly bankrupt. Faced with penury or worse- moving out of London, I turned to prose to make my one and only talent, writing, pay. The question was – what kind of novel would I write?

[GdM] You said in an interview that you had an epiphanic moment for who Peter Grant is. Can you tell us about that moment?

After casting about and reviewing old ideas I settled on a crime/fantasy hybrid that I’d been developing as a TV pitch before common sense caught up with me and I recognised that no British TV company was going to make it. But the beauty of writing a novel is that in the first instance you are writing for just one person – yourself. Thus Magic Cops(w/t) was resurrected as a prose project and I started thinking about a protagonist. I knew he was a Londoner and I knew he was mixed race and a police officer but that was it.

Then into my mind came Peter Grant, jazz junkie father and Sierra Leonean mother and all. I knew where he lived, where he’d gone to school and how he came to join the police. More importantly I sat down and wrote what become the first five pages of Rivers of London. Peter’s voice came alive and at that moment I knew I’d got hold of something that would sell. I just had to write the next 90,000 words…plus come up with a plot. 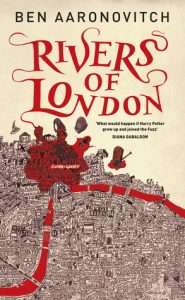 I’m a terrible speller and a fast but inaccurate typist. The Amstrad PCW was the first affordable word processor to come on the market in the UK. It ran a WP called Locoscript and immediately I had access to onscreen editing and, most importantly, a spell checker. This allowed me to write my first scripts and novels and thus saved my life from the misery of having to work for a living.

[GdM] London is your hometown, and you have a deep connection to it. What are the positives and negatives you have run into depicting it as the setting for Peter Grant’s Rivers of London?

Well the positives are obvious because I know the city very well I know where all the good locations are going to be. That’s especially important when you’re trying to write a novel at 4:00 o’clock in the morning which you have to if you already holding down a full time job and have a teenage son. From my point of view there aren’t any real negatives except that some people seem to have something against London, I don’t know why, go figure.

[GdM] In the US, the first book of the series is Midnight Riot instead of Rivers of London. Why is that?

American publishers often localize the titles of British books and vice versa although in my case this was a mistake. In the far off days of twenty years ago far less publicity and word of mouth was generated via social media. Markets tended to be much more self-contained and so changing the title had little effect. I think changing the title meant that Midnight Riot failed to gain from the social media momentum generated by the UK release which partly explains its lacklustre performance – plus the bloody awful US cover didn’t help.

[GdM] Can you tell us a bit about October Man? Where did the idea for Tobias Winter come about?

Tobias Winter came about when I wrote a very short piece, what I call a moment, just for fun, where we discovered just what the German reaction was to Peter Grant being made an apprentice. That introduced Tobias Winter and his boss. The trouble is when you create a character like that they demand to have their own stories told and since I couldn’t get him over to London I had to write a story set in Germany.

[GdM] How do you handle your research for each novel? Are there any enjoyable rabbit holes you went down that have not ended up in the series thus far but still might in the future?

Research is essentially finding as many rabbit holes as you can and then attempting to go down the maximum number within the time you’ve allowed yourself, You’re constantly finding new and interesting stuff but at some point you have to stop and start writing.

[GdM] Did you read or play D&D as a youth, or were you a big reader? If so, what was your gateway book into SFF?

Yes I did, in fact I once owned, aged 12, the original three book box set that spawned a million house rules. I played a lot in my teens but like many people I suffered a shortage of people to play with and besides, creating the worlds is what really excited me. I prefer non-class based systems such as BRP and Traveller so I gravitated to such games as Call of Cthulhu.

By an amazing coincidence Chaosium have been working with me on a Rivers of London tabletop role playing game which should be out later this year.

[GdM] You have a new addition to the Rivers of London series in Amongst Our Weapons. Can you tell us a bit about where we are in the story?

Well just to clarify Rivers of London was never conceived as a series with a beginning, a middle and an end. Instead I was aiming much more at the classic detective mode as seen in Ed McBain’s 87th Precinct series, Ian Rankin’s Rebus books or, more classically, Agatha Christie’s Poirot. But unless you reset your detective after every mystery there is going to be character and setting change and growth with each instalment. Since Amongst Our Weapons is the ninth full length novel things have moved on since PC Peter Grant tried to take a witness statement from a ghost one cold January night in Covent Garden,

For a start Peter is now a dangerous wizard in his own right with a growing reputation amongst the demi-monde and his fellow police officers. He is also about to become a father for the first time and since his partner is Beverley Brook, the goddess of a small river in South London, this is binding him tighter to the world of the supernatural.

In the meantime he has helped take the Folly, a moribund institution and dragged it, if not kicking and screaming then certainly grumbling under its breath into the world of 21st Century professionalised policing. Which is just as well because magic, long thought dormant, is bubbling up to the surface bringing with it fresh new challenges. One of these challenges being a dead body in the London Silver Vaults with a hole in its chest where its heart should be. 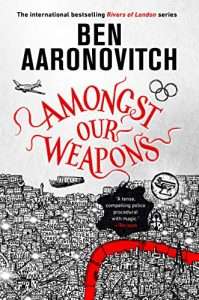 You know I keep expecting it to get easier but the process is just as laborious now as it was with the first book. Fortunately it’s still as much fun as it was when I started so I don’t mind so much. I have more mental “tools” to deal with blockages and the like and I have the certainty that what I write will eventually be published which is nice.

[GdM] There is another famous Peter Grant, the manager for Led Zeppelin. Is it a coincidence that they share the same name, or are you a Zeppelin fan?

That’s a total coincidence I was merely going for an ordinary anodyne name like Harry Palmer or James Bond (before he got famous). Given the fantastical nature of the world he was entering I didn’t want to call him ridiculous like Dan Spectre or Max Steel.

[GdM] Are you working on the release of the next graphic novel book for Rivers of London?

The latest graphic novel is under production even as we speak.

[GdM] Is there any news on Simon Pegg & Nick Frost’s Stolen Picture adaption?

Alas no. The TV adaptation is still in the same state of permanent pre-pre-production it has been in for the last 11 years.

Check Out Amongst Our Weapons and the Full Series Thus Far