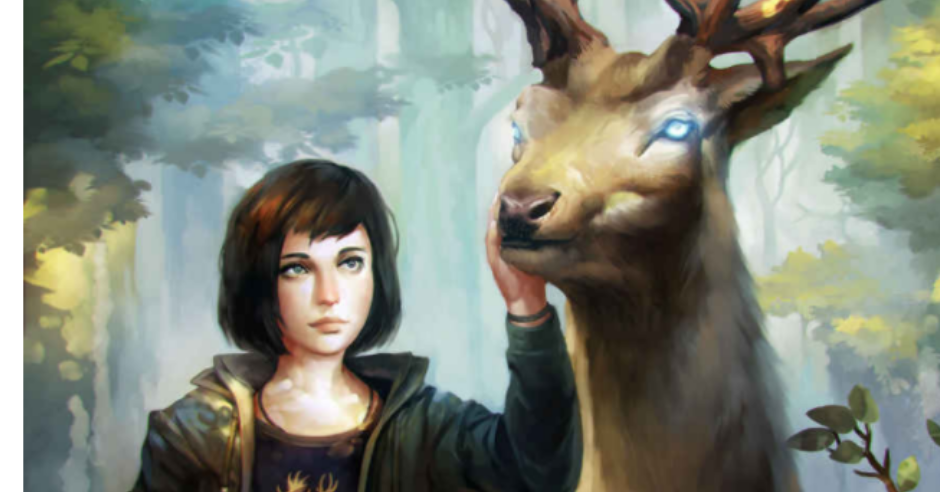 By Steve CaldwellMarch 21, 2021No Comments

CT Phipps “There’s quite a bit of me in Gary Karkofsky but getting into character allows you to live differences rather than similarities. The man who doesn’t read lives one life and the man who reads lives a thousand. The person who writes lives as many lives as he or she wants. Which is a short way of saying Gary is far more rich, lucky, and charming than me. Also inexplicably atractive to superheroines.”

What was the book? The book so amazing that you told yourself “this is what I want to do”?

There was never a single book as I’ve always been a lifelong reader. The first book I really remember, though was The Hobbit, and I knew I wanted to tell stories about world’s that existed in the imagination. The thing is that writing is a skill and you have to train in it like a sport. I was telling stories from the time I was a five-year-old but wasn’t any good until I was in my mid-twenties. Even then I had to do many drafts before I felt what I’d created was presentable.

Is there a genre you don’t write in that you are a fan of, that you might consider writing in one day? If so, which one?

I would love to some day write a steampunk novel, particularly steampunk fantasy with upper class snooty elves and working class orcs of society. However, right now I’ve got a lot of series that I just need to finish up. The Cthulhu Armageddon, Lucifer’s Star, Wraith Knight, and Esoterrorism series are all set to end in epic trilogies. My Agent G, United States of Monsters, and Supervillainy Saga series are ongoing.

Who are some of your favorite writers? Either inspirational or just for entertainment?

That’s a loaded question but if I were to state who got me into writing the most, I’ll probably cite Jim Butcher and Patricia Briggs. They managed to create a wonderful world of modern day Earth with a steaming jungle of supernatural characters underneath. The humor was also a major part of why I loved them with pop culture references making it feel like it was a part of our world. Because people mention Star Wars, football, and other things.

And who are some of your favorite characters? What drew you to them?

I’m cheating by saying Harry Dresden and Mercedes Thompson. So, I’m going to say that I also love inspirations for Gary Karkofsky in Spider-Man, the InFAMOUS series of video games, and a few other humorous trickster figures. The joys of their devil may care attitude, humor, and irreverant countenances are just plain fun. Joss Whedon’s Firefly and Buffy the Vampire Slayer were also major inspirations.

Are there any authors you’d like to team up with on a book? I mean, ones you haven’t already?

I’ve actually teamed up with several of the authors I’ve loved the work of. Kevin J. Anderson, Ed Greenwood, Mark Lawrence, and others are people who wrote in anthologies I’ve written for. I’ve also written with Jim Bernheimer, David Niall Wilson, David Hambling, and Matthew Davenport. Michael Suttkus and I wrote some truly great works in Lucifer’s Star and the Bright Falls Mysteries books.

I’ve always heard the expression write what you know. How much of you is in your various characters?

There’s quite a bit of me in Gary Karkofsky but getting into character allows you to live differences rather than similarities. The man who doesn’t read lives one life and the man who reads lives a thousand. The person who writes lives as many lives as he or she wants. Which is a short way of saying Gary is far more rich, lucky, and charming than me. Also inexplicably atractive to superheroines.

Judging from your various series, you are a fan of a lot of genres of entertainment. What are some of your favorite Comics and movies?

As mentioned, I’m a huge Spider-Man, InFamous, Dresden Files, and Mercedes Thompson fan. I also love Mortal Kombat, Game of Thrones, Tolkien, Call of Cthulhu, Vampire: The Masquerade, and dozens of other geeky things. In general, if it’s geeky then I probably have dipped my toe into the fandom at some point. I particularly like anything that is quippy and sarcastic. So, the MCU has been a big source of fun.

Are there any trends in current SFF you aren’t a big fan of? And conversely, trends you are really into.

I think just about every work has to be judged on its own merits. Some people are very critical of the “trend” toward grimdark and I think that’s silly because dark fantasy has always existed. Personally, I’m rather fond of dark and gritty storytelling in my escapist fiction. I am very fond of the recent trend toward diversity in science fiction and fantasy. It’s not a trick or cheap stunt to me but a chance to enrich the narratives and make minority fans feel more welcome.

Do you have any plans for any new series? Maybe some spin offs? I can’t get the idea of a Cindy (aka Red Riding Hood) solo novel out of my head.

I’ve actually contemplated the idea of a Cindy and Gabrielle pair of solo novels. The first would be CINDY VS. THE NINJAS and ULTRA-HEROISM. The world of the Supervillainy Saga is such a rich and hilarious environment that I could do entire series there.

I remember you mentioning you used to teach. Do you ever miss it? That feeling of helping mold impressionable minds ( or not so impressionable).

Finally, so where do you see your various series going? Any finite plans for series completion?

The Bright Falls Mysteries, Straight Outta Fangton, Lucifer’s Star, Cthulhu Armageddon, Wraith Knight, and Esoterrorism are all set to be trilogies. All of them are two books into it now so we’ll be wrapping them up with the next books. The Supervillainy Saga, by contrast, is meant to be a full twelve book series.

Thanks for sharing a bit of yourself with the rest of us. Hopefully, we’ll have more Gary, Booth, Jane, Cassius and all the rest for years to come.