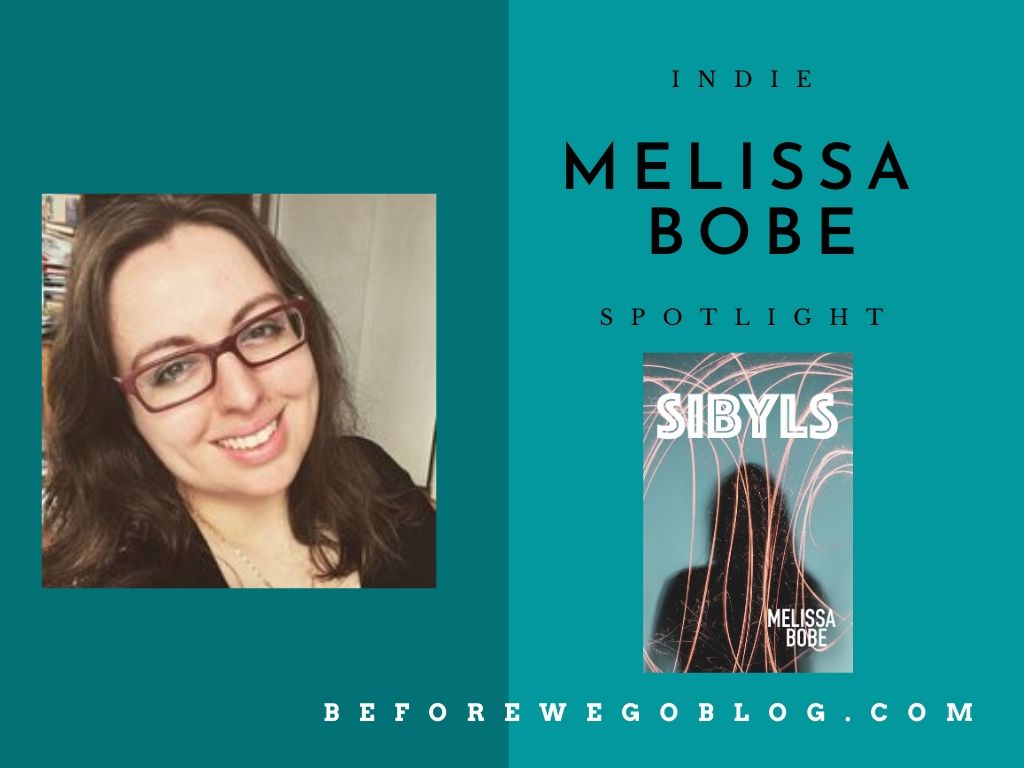 Melissa Bobe"...I've always been NYC adjacent if not within city limits proper, so my imagination is often captured by those places that are so different from what I call home.."

Sibyls was written for a novella contest that it didn’t win. Writing for a contest/anthology is always challenging because it’s different from the novels and stories I’m already working on. I have to think, “Do I have a story that will fit this hidden in a drawer somewhere?” And in this case, I did: I’d sketched out a plot the year before, and I already had a sense of many of the major elements I wanted to include. I knew that strange weather had to be involved, and I was also fixated on that episode of Charmed where the evil old man is killing women by shrinking them and turning them into ceramic dolls (the episode always stuck with me, which is funny since I don’t really rewatch beyond season 3 and this definitely came after that). I wanted to kind of run the episode in reverse, have the dolls grow into something more, something that this man who had such hatred for women wouldn’t be able to handle. I was also rereading Christine de Pizan’s Book of the City of Ladies, which is an incredible medieval French text about a utopia for women constructed of stories about women. And the setting I had in mind was anywhere USA– I’ve always been NYC adjacent if not within city limits proper, so my imagination is often captured by those places that are so different from what I call home. The novella poured out of me in about a month, with lots of bluegrass on the playlist as I worked, and then revisions took a few rounds. I was actually going to trash the whole thing halfway through, because I really thought that what I was writing was utter crap. Thankfully, I gave it to my critique partners first, who both insisted this was one of their favorite things I’d ever written and I should absolutely not abandon it. Fast-forward a couple of years, and Sibyls is a debut novella of which I’m quite proud.

Foreston is the kind of place where no one expects anything out of the ordinary to happen. But when a sudden storm brings twelve days of rain to the town, strange things begin occurring in spades. Household objects vanish without a trace, townsfolk start exhibiting psychic powers, and twenty mysterious strangers show up on the town’s doorstep in the middle of the night. The Foreston sheriff believes he can get to the bottom of all of the weirdness around town, but with the laws of nature bending left and right, the changes in Foreston might be too much for any one person to contend with. Part fairytale, part slice of life story, Sibyls is a darkly funny debut novella about a town weathering a storm of magic and revenge.

Melissa Bobe is a fiction writer and a librarian. Before earning her credentials in library science, she taught college writing for several years while completing an MFA in creative writing and a PhD in literature. She is a Municipal Liaison for the New York City region of National Novel Writing Month, and she cohosts a weekly Twitter chat for writers. She also organizes the Writing Hive, a networking project for women writers, teachers, librarians, and publishing professionals. Melissa and her fiancé belong to four rescue cats who think their humans should spend less time writing and more time distributing catnip and cuddles.

Review – Badass Moms in the Zombie Apocalypse by Rae Carson