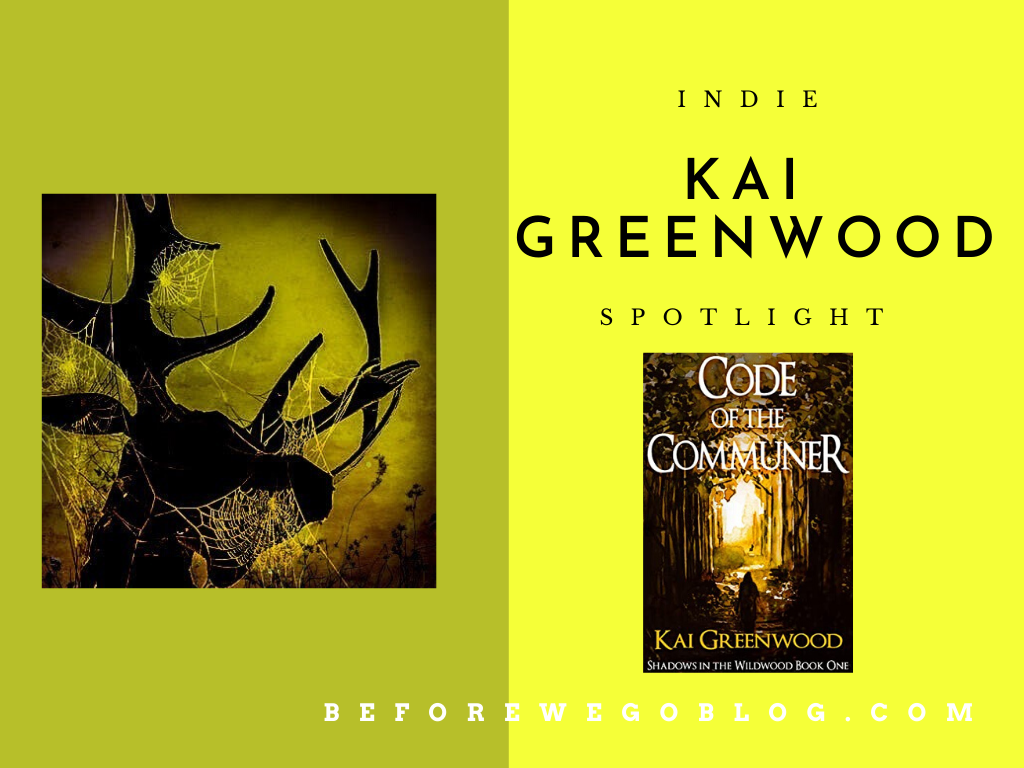 #indiespotlight of Kai Greenwood, Author of The Code of the Commoner

My number one aim is to evoke a sense of mystery, to tell a story where the past echoes around overgrown ruins and ancient creatures lurk in yew groves. At the same time I insist on my characters being the heart of the book, and for the story to keep moving. I don’t like filler! Code of the Communer’s heroine, Caida, has been left in a tough situation after the disappearance of her parents. She has been forced into her mother’s role as Communer to the tribal spirit guide, but she has a problem. The spirit guide won’t speak to her…

Shadows in the Wildwood

They Sounded like lost children, he said, who had cried for so long that their throats had cracked. ―

THE WILDWOOD IS CHANGING…
An invasion sweeps across the continent. Desperate to escape, Caida’s tribe seek Maerida, the lost homeland of legend. But legends can be deceiving. After hundreds of years the people of the Wildwood have forgotten a deadly truth: Maerida was abandoned for a reason.

THE CODE OF THE COMMUNER WILL BE CHALLENGED…
Now Caida must choose. Will she honour her mother’s legacy or seek a new path by abandoning the Code she followed since birth?

A SHADOW STIRS BENEATH THE ROOTS…
On Maerida, amongst the ruins, a time of hibernation comes to an end. After the long sleep, comes the feeding.

The Code of the Communer is an original epic fantasy that will appeal to fans of Brandon Sanderson, J.R.R. Tolkien, Alan Garner and Jen Williams. It is the first book of The Shadows in the Wildwood series.

For the last twenty years I have lived and worked within a stone’s throw of J.R.R. Tolkien’s old stomping grounds in south Birmingham.

The influence has rubbed off.

I love myths, ancient forests, and misty ruins and its no surprise that I have never fallen out of love with the works of Alan Garner, Ursula Le Guin and Tolkien.

If you like these authors, you may well enjoy my work too.