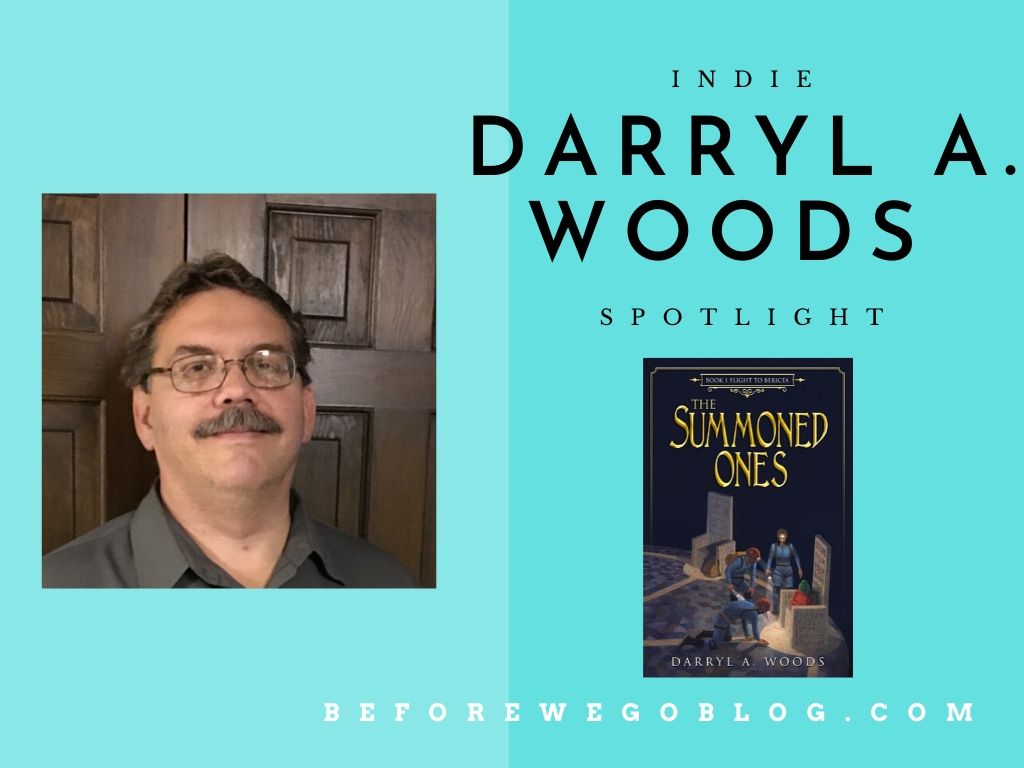 #indiespotlight of Darryl Woods, Author of The Summoned Ones: Book 1 Flight to Bericea

Home » All Reviews » #indiespotlight of Darryl Woods, Author of The Summoned Ones: Book 1 Flight to Bericea

Darryl Woods “I’ve been a storyteller all my life…”

I’ve been a storyteller all my life, usually stories around my rural upbringing.  We had farm animals and large gardens, and plenty of time to play in the woods. My father-in-law ran a sawmill and timber-cutting operation that I helped him with in my spare time. All these unique experiences have given me a never-ending supply of stories.

My wife was the person who encouraged me to take my stories to the next level and write a novel.  I have always been a fan of fantasy, mostly epic fantasy. Of the last few hundred books I’ve read, only two or three dozen were not in that genre. So, any topic other than epic fantasy was never a consideration.

I had two situations that were not typical of a lot of authors. Being a storyteller for so many years, plot, character development, and scene development that many authors struggle with came easier for me. I spent far more effort on the pace of the story, of balancing narrative and dialogue, getting the right mix of detail and the big picture. I suspect these come natural to other authors.

The other situation was that I had a relative and a good friend who was my editor. Her 30 years of experience, willingness to work with me, and quick turnaround made my work far better than it would have been otherwise.

Here is a little quirk to my writing. I wrote all but the first few chapters of my book in longhand. I started composing my work on the computer, as most well-adjusted writers do. However, one day I found myself in a restaurant and thought of a great scene. I begged a pen from the waitress and jotted my story down on several napkins. I found I couldn’t print on the thin napkins, so I broke into seldom-used longhand.

When I got back to the computer that night and typed in the story, I discovered that I edited the material far more rigorously as I typed, producing a much better product. I guess it was a right-brain, left-brain thing. From that day forward, I wrote every word in longhand before going to the computer. My novel resides in stacks of journals, steno pads, loose-leaf paper, and napkins.

I have always been drawn to portal stories. I like to consider the question, “How would you react?”  I decided I wanted an eclectic mix of current-world characters who had been thrust into a war-ravaged world dominated by magic users. I then explored each character’s reaction to the sudden and startling change of environs.

I also liked the in-world characters dealing with the Summoned Ones. They treat them with a great deal of reverence, having heard stories of them all their lives but believing them only to exist in lore. But then I was able to show strong friendships develop between modern-day and fantasy-world characters.

I’ve been a storyteller all my life, usually stories around my rural upbringing.  We had farm animals and large gardens, and plenty of time to play in the woods. My father-in-law ran a sawmill and timber-cutting operation that I helped him with in my spare time. All these unique experiences have given me a never-ending supply of stories.

Through my newsletter I send a short stories out every 15 days, mostly stories of this country boy from Ohio that I’ve told friends for years. I’ve also mixed in fiction stories including tales of giants and dryads. They average around 1,200 words. If you’re interested, you can sign up here:   http://darrylawoods.com/newsletter/ 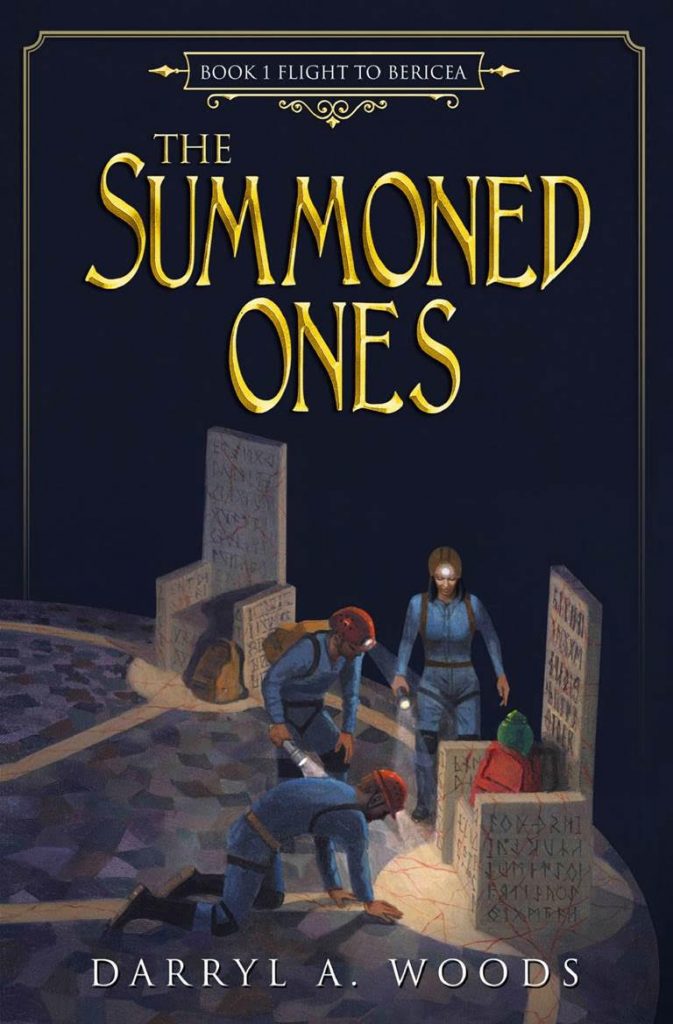 by Darryl A. Woods

“At first I thought this might be a dream, but there’s no way my butt could hurt this much in a dream.”―

Darryl A. Woods, The Summoned Ones

The Bericean army was in Malabrim for the ninth straight fighting season. Over the past 9 years, Zybaro, the leader of a small band of unknowns, had evolved from his days as a minor usurper of a tiny kingdom. Now, almost the entire country of Malabrim was under Zybaro’s control, and his army was large enough to easily challenge Bericea’s army. Still, Bericea continued its raids into Malabrim, hoping to stem Zybaro’s methodical progress and thwart his tyrannical means of control. Zybaro had seized village after village, forcing anyone capable of joining his army and enslaving all who remained in deplorable working conditions to supply his army.

This latest conflict with Zybaro had pushed General Darnon to a decision, one he had resisted making for over a year. Though he still held grave reservations about the Prophecies, he was willing to support the clerics who would attempt the summoning. The details of the ritual had recently been discovered in an ancient tome. The clerics were confident they could bring forth the Summoned Ones of Prophecy, those mysterious beings who would aid Bericea in its time of greatest need.

Darnon also had concerns about the location of the summoning. It would have to take place farther into Malabrim than they had ventured in many years. And even if the ritual was effective, it would be a great challenge to get the Summoned Ones safely back to Bericea, in addition to the soldiers sent to protect them. However, Darnon felt that morale was so low, if they survived this battle, he owed his troops the hope the summoning ritual could bring.

Join the soldiers of Bericea and the Summoned Ones through a life-or-death struggle. The Summoned Ones was made up of a small college aged group of friends from a small Kentucky town near the Daniel Boone National Forrest, who find themselves somehow brought to a chaotic world through magic. Their epic journey will push the Summoned beyond the limits of their endurance. This unlikely group will discover many truths about themselves and experience another world beyond their imagination. 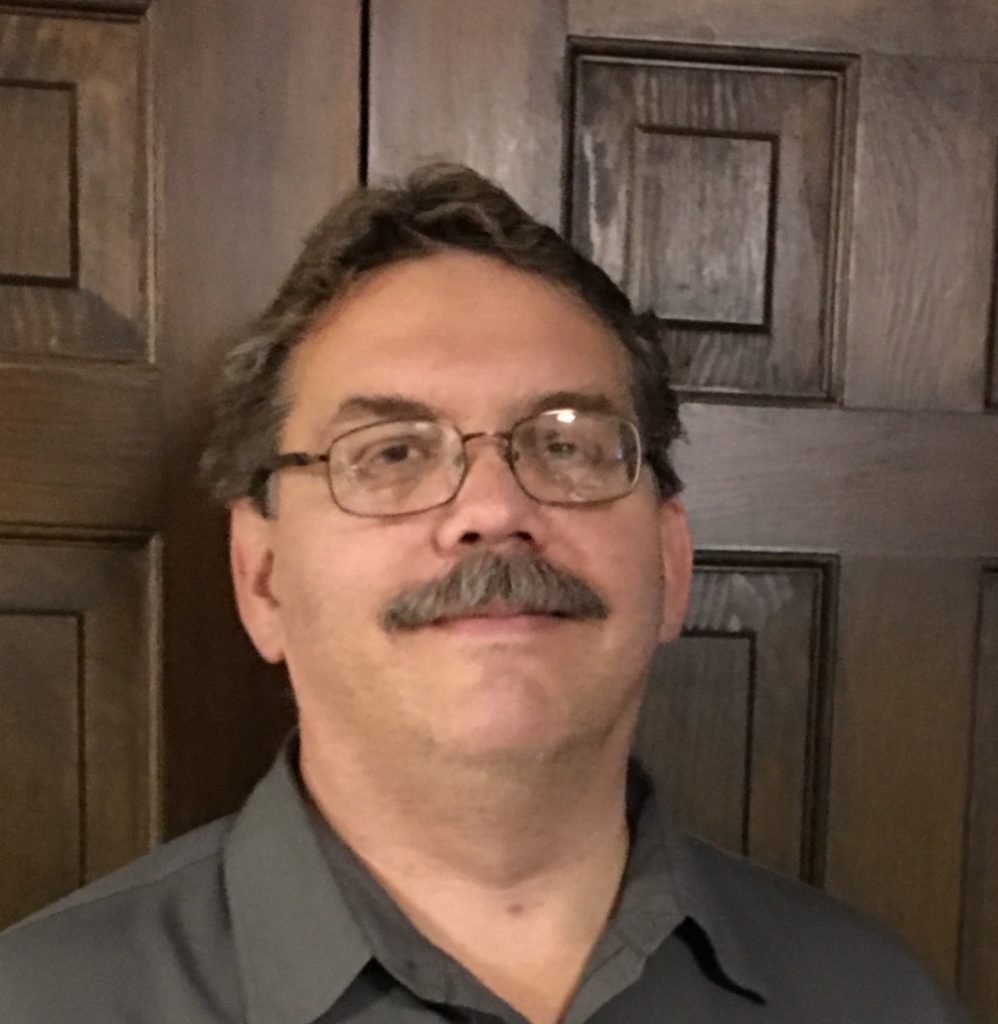 Darryl Woods has a passion for telling stories, an appetite for reading fantasy, and a love of old movies. He remembers things in scenes, picturing the background, the clothing of the characters, small details like, wrist bands, jewelry, dogs crossing the street, but most of all the emotions and actions of the each participant in the scene. He would spend time, usually as he waited for sleep, thinking through those scenes, fleshing out details the book didn’t add, or recreating the scenes with differing outcomes. So, as the story of The Flight to Bericea developed the scenes that make up the story easily flowed from his vivid imagination.

Darryl’s childhood in rural Ohio, three miles from a small town, gave him plenty material for stories. Tales of his father’s many contraptions, fabricated from old parts, angle iron, and square tubing. These were lawnmowers powered by car engines, minibikes, and various types of cobbled together go-carts, including one with a bicycle front end, a car’s steering wheel and seat, and the backend of a cousin’s wrecked go-cart. His stories also included rural life; gardening, playing in the creek, helping neighbors with livestock, numerous family pets, and farm animals, or playing high school football.

As an adult Darryl graduated college with a degree in Systems Analysis, while at school he met his wife who he married shortly after graduation. Inspired by his father who never once used a repairman, and who built his own house, Darryl developed a passion for remodeling houses. He and his wife have remodeled four houses to date, after each one swearing to never start another.  While working as a computer consultant designing database, Darryl spent his evenings, weekends, and days off helping his father-in-law with his family business cutting timber, sawing lumber in his mill, and making pallets. All these activities gave Darryl an endless supply of stories. Telling and re-telling these stories over the years honed Darryl’s skills as a storyteller.

Join my newsletter to get a short story every 15 days.