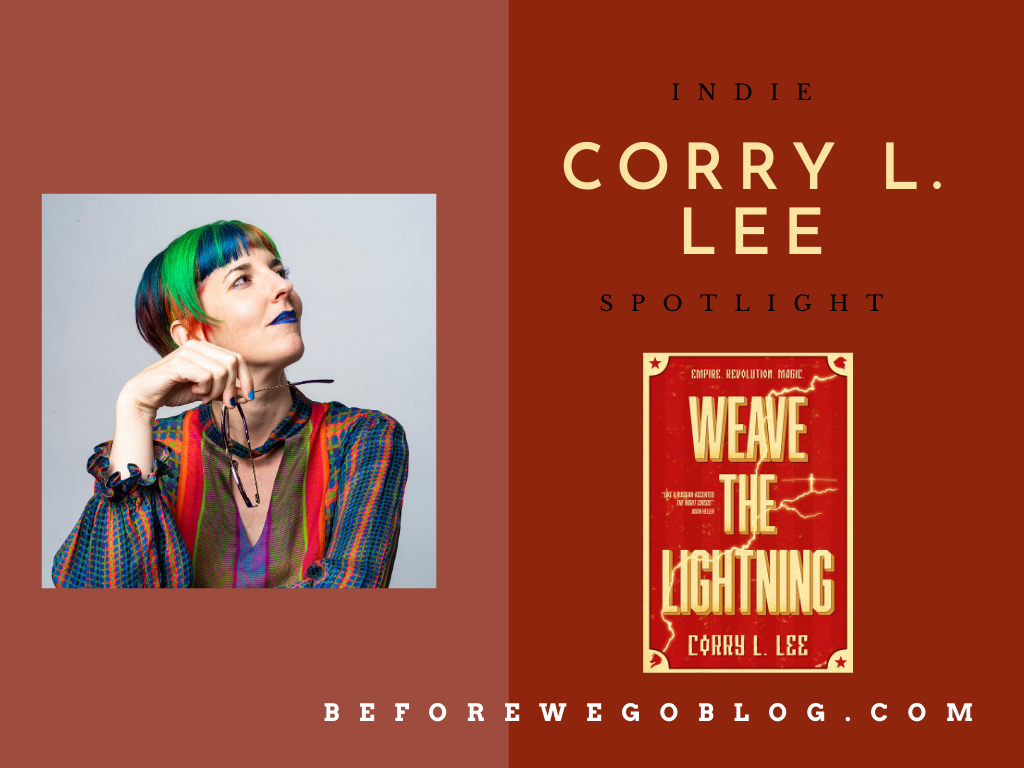 #indiespotlight of Corry L. Lee, Author of Weave the Lightning

Corry L. Lee "What I did care about was making the magic really cool but dangerous, hard to learn and easy to screw up."

I love reading the adventures of diverse protagonists. Except… what’s this? There’s magic! There’s spaceships! But the world is still riddled with the same sexism and racism? With infinite possible worlds, why are imagined societies so often burdened by the same glass ceilings and arbitrary lines in the sand as our world?

Speculative fiction has deep roots in imagining a better world. In writing Weave the Lighting, I wanted to create a better world… that at the same time was a terrible world with serious, systemic problems my characters could fight.

So I started planning around two fixed points: gender equality and a big, crunchy magic system. If the magic was important, and magic didn’t discriminate along gender lines, I reasoned that a society would develop where women and men were treated equally. If that magic were practical enough to erase unequal biological challenges (like the risks of unprotected sex), that would help, too, but I wasn’t concerned with those details at first.

What I did care about was making the magic really cool but dangerous, hard to learn and easy to screw up. I also wanted it to feel like magic, which to me meant drawing deeply from a mage’s personal experience. In the back of my mind, too, was a way to give strength to people who might otherwise seem weak.

I decided that to create new magical objects in my world, a mage had to be hit by lightning. (I’ve always loved lighting. So beautiful, so deadly.) To allow technology to grow and influence the magic, I created a storm cycle—decades that passed where all that sparked in a storm was electricity. And to make magic personal, I decided that a mage had to shape their magic out of a desperate need—a need to fight against overwhelming physical odds, a need to heal a dying loved one or feed a starving family.

There’s more to the magic system, of course (you can read about it on my website if you geek out about magic systems like me or like having the rules explained up front), and I’m really proud of how it turned out. It’s intricate like a lightning strike—it branches and forks and grows organically. It influences the world in deep and inextricable ways and, like lightning itself, is hard to control.

I don’t believe in the inevitability of patriarchy. I don’t believe that skin color or sexual preference or physical ability must divide us. People will draw lines, yes. We will define a ‘them’ to hold up against ‘us.’ In Weave the Lightning, the lines are not our own. The fascist regime draws lines that are hard and dangerous—but the world is filled with magic, and the people will rise up to fight.

Gerrit is the son of Bourshkanya’s Supreme-General. Despite his powerful storm-affinity and the State’s best training, he can’t control his magic. To escape the brutal consequences, he runs.

Celka is a travelling circus performer, hiding both her link to the underground and her storm-affinity from the prying eyes of the secret police. But Gerrit’s arrival threatens to expose everything: her magic, her family, and the people they protect.

The storms have returned, and everything will change.

“Like a Russian-accented The Night Circus. A sweeping epic of romance, revolution, elegant strangeness, and elemental magic.”
– Jason Heller

“Tense, timely, and crackling with urgent energy. I guarantee that by the end of the book, you will be looking for your own resistance to join… or to start.”
– Premee Mohamed

Corry’s Russian-inspired fantasy novel, Weave the Lightning is out now from Solaris Books. Jason Heller describes it as,

“‘Shutdown’ is a beautifully vivid and imaginative story — this is what science fiction is supposed to do.”

In Ph.D. research at Harvard, Corry shed light on the universe fractions of a second after the Big Bang. At Amazon, she connected science to technology, improving customer experience through online experimentation.