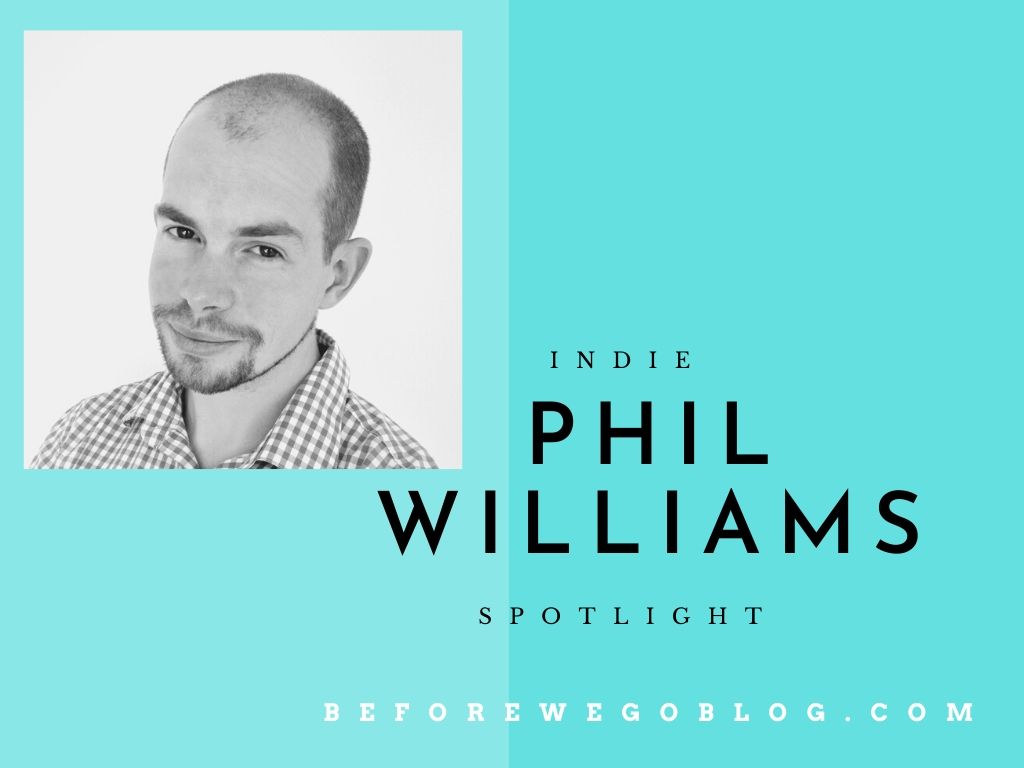 By Beth TablerApril 8, 2020No Comments

Phil Williams “…I imagine I’ll keep revisiting it’s inauspicious start; it anchors so much of what’s to come.”

I’ve always been interested in building complex puzzles and designing mazes, and that’s how the series was conceived. I aim for each story to be satisfying in its own right, with some broader things fall into place in stages, but there’s a big picture in mind that’s worth being aware of. I wrote Under Ordshaw with the intention that it would mostly add up by the end of the second book, and be resolved by the finale of Book 3. Yet from the outset there are small things no one knows to care about which become important later. The series starts with card-player Pax stumbling into a mystery beneath her city, being covered up by shady government types. There are labyrinths and monsters and vulgar fairies, clashing within a cloud of manipulation and misinformation. Over roughly 8 days, The Sunken City Trilogy takes us from Pax’s first discoveries through to a complete unseating of Ordshaw’s hidden communities. With that done, the stage is set to tackle a more global picture. Book 4, The City Screams, jumps to Tokyo, with some shady government types, perhaps some different fairies, but nothing of the labyrinth or monsters found in the early trilogy. Book 5 takes us an even bigger diversion – where modern swordsmen, thieving jazz musicians and Congolese militias collide. The idea is to build an anthology-style collection of stories underpinned by the same fast-paced contemporary thriller style, satisfying in their own right but gradually building a much bigger picture. And it’s poignant that at the same time that I’m going global with Book 5, I’m also revisiting the first outing with the release of the Under Ordshaw audiobook. However much I expand the series, I imagine I’ll keep revisiting it’s inauspicious start; it anchors so much of what’s to come.

I avoided an ordinary life long enough for the extraordinary to corner me. Now I’m trying to do something about it.―

Holly handed over a piece of paper and Pax scanned the elegant handwriting.
Problems:
Husband mortally wounded.
Government can’t be trusted – ergo police/hospitals/communications unsafe.
Monsters under the city.
Fairies = real – also want to kill us.
Solutions:
Contact the Evening Standard.
“The Evening Standard?”
“Yes,” Holly said. “They ran an excellent exposé on a pothole scandal in Ten Gardens. Those roads are now being fixed and the culprits are facing jail time. This isn’t much different, is it?”
“There was a fifty-foot electric octopus thing,” Pax said. “It’s a little different.”
“The principle’s the same,” Holly insisted.―

She’s touched the underworld. Can she survive its legacy?

Waking on an unfamiliar floor, Pax is faced with two hard truths. A murderous government agency wants her dead – and monsters really do exist. What’s more, her body’s going haywire, which she desperately hopes isn’t a side-effect of her encounters in the city’s tunnels.

To survive, and protect Ordshaw, she’s got to expose who, or what, is behind the chaos – and she can’t do it alone.

But with only the trigger-happy Fae to turn to, Pax’s allies might kill her before her enemies do…

Blue Angel is the 2nd thrilling chapter in the Ordshaw series – get your copy now.

Phil Williams was born in the commuter-belt of Hertfordshire, where he learnt to escape a comfortable life through sinister fantasy fiction. His erratic career has variously involved the study of language and relationships – and took him to such locations as Prague, Moscow and Abu Dhabi. He finally settled on the quiet Sussex seaside, where he lives in Worthing with his wife and his fluffy dog, Herbert. He divides his time between writing educational books that help people better understand English and fantasy books that help people better escape reality.

So he tells himself.

Ordshaw: a collection of urban fantasy thrillers set in and around the UK city of Ordshaw – a place where dark secrets threaten the modern world. The Sunken City trilogy follows card sharp Pax Kuranes’ introduction to a labyrinthine conspiracy, starting with Under Ordshaw. Expect monsters, diminutive fairies and a mystery that’ll take a lot of late nights to unravel.

Estalia: starting with Phil’s debut novel, Wixon’s Day, in 2012,  this post-apocalyptic series explores a dystopia powered by steam. With reconstructed steampunk machines and an anarchist government, Estalia is a deadly place that gets more tense and chaotic with each instalment in the series.

His work also includes stories set in the post-World War 3 dystopia of Faergrowe (including A Most Apocalyptic Christmas and an upcoming five-book action-thriller arc starting with The Worst Survive), as well as various standalone stories and screenplays.

The series all starts with Under Ordshaw: https://www.amazon.com/Under-Ordshaw-Phil-Williams-ebook/dp/B07CXYSZVN  / https://www.goodreads.com/book/show/40092074-under-ordshaw
But all the rest of my stuff is linked on my site at www.phil-williams.co.uk