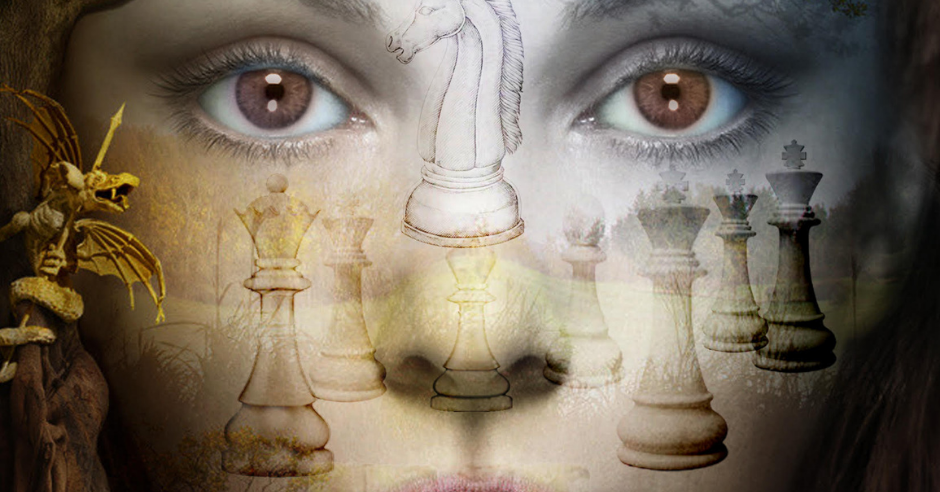 By Beth TablerJanuary 7, 2021No Comments

J.S. Furlong “I never matured out of loving YA fiction and it’s my favorite thing to read as well as write. The minute the herd was old enough to listen, we read YA. Tamora Pierce probably changed our lives, no joke. My kids are three boys, one girl and I attribute my sons’ collective respect for women not only to the modeling in our home, but to the deep supply of rockin’ female heroines in Pierce’s books. “

In a nutshell, The Unimaginables is about faith in who we are, in figuring out what that means and what we want it to mean. It’s about trusting intuition as well as the logical mind. It’s about finding balance and setting boundaries and making decisions that make us uncomfortable. It’s about being angry and learning to forgive. And of course, it’s about vampires. The heroine is a garden variety Jewish girl from NY who gets transplanted to Richmond VA in the wake of 9/11 and falls in with the vampire hunting crowd. Here’s the link to the blurb. (Click on Read More under the hook line.) Why this book? I love teenagers. I had a very powerful experience being one of them. I live with four of them, each one sprung from my head like Athena from the mind of Zeus. . .well, okay, that’s not exactly where they sprang from, yet they are my teenagers nonetheless. They are interesting, complicated, engaged, philosophical, opinionated, frustrating, adorable, curious and determined in a way that makes my head itch. Best kind of people to be around. And they read. Audiobooks as young children created this kind of meta-world we all shared since no matter what the age, we could all read the same books at the same time. Modern mothers spend a LOT of time in the car, which is where we read. I won’t lie and tell you that it started as anything beyond me being outnumbered four to one by noisy, blustery humans (husband at work) and needing a few minutes of peace and quiet in order to not go completely over the edge. My in-the-car peace and quiet evolved into peace and storytelling which is kind of the same thing if you’re a words person, which I am.  I never matured out of loving YA fiction and it’s my favorite thing to read as well as write. The minute the herd was old enough to listen, we read YA. Tamora Pierce probably changed our lives, no joke. My kids are three boys, one girl and I attribute my sons’ collective respect for women not only to the modeling in our home, but to the deep supply of rockin’ female heroines in Pierce’s books.  What motivates me as a writer/ producer? I know books can affect the way we think, the way we react to drama, stress etc and the way we perceive the world around us. It’s why humans make books into TV shows- trying to bring the power they felt reading the book to the screen. I won’t lie, TV production is where I’m going with all this eventually. If I can make some kind of art that helps even one girl in a stressful or overwhelming situation step outside of herself and notice that what she is experiencing is just a thing happening  in that moment, then Stacy will have done her job.  I also love chess. I wish I were better at chess. I’m jealous of Stacy’s prowess in chess. I think it’s healthy for me to envy my characters a little bit. They have to suffer a lot (and at my own hand!) so giving them something I really wish I had keeps me humble as I make their lives increasingly more difficult throughout the book, or in this case, throughout the series.  Stacy has a hard time in this one, but wait til Book 2! I admire and respect the highly literary YA fiction that is coming out right now, and it can be a bit much for me. Sometimes (not always) it makes me hyper aware of being a person reading a book, thereby rendering me incapable of losing myself in the story. If I’m going to settle in for a book, as shameful as this may be, I kind of want it to feel like TV. Meaningful TV please, but TV. I read fiction to take a break, to relax, to escape and to be with people I love in situations I could not ever possibly experience for myself. A solid catharsis is also a must. I do my best to write this way, too. I respect my readers’ time and energy and their need for R & R . At the same time, I want us all to learn something together (sorry, homeschool mom slipping out.) The big lesson in Stacy is simple but not easy, like chess. Like life.

“Make a plan. Stick to the plan. Be ready to change the plan. Keep your mind on the mate.” ~ Rabbi Berman, Stacy’s chess coach

I am alive. I am safe. Nothing bad is happening.”  ~ Stacy Goldman, chess champion & believer in absolutely zero vampires”―

Teacher and reader recommended YA series!! The Unimaginables is addictive urban fantasy at it’s best, mixing coming of age heart with supernatural action in an adventure led by a pluck-meets-grit heroine who keeps readers turning pages and asking for more.

Stacy Goldman is a garden-variety Jewish girl from New York. Except she’s a chess champion. And she doesn’t believe in anything she can’t prove. Especially monsters.

When Stacy moves from NYC to Richmond, Virginia in the wake of 9/11, she enrolls in the academically aggressive St. Ignatius Prep in order to graduate early and get home to New York. At St. Ig’s, she falls in with two other outsiders, Finder, the only Black girl and owner of the highest GPA in school and her white boyfriend, Tully, a vegetarian fencer and rugby star with a secret even Finder doesn’t know.

After Stacy interrupts a strange attack outside a diner, Finder & Tully reveal Richmond’s biggest secret – the city is home to a supernatural subculture run by a monster as old as the city itself. Ruled by logic and strategy, but having seen something she can’t explain, Stacy struggles with what is real and what is not, including her own faith.

When an alleged supernatural creature comes to Stacy needing help to defend himself and his children from the city’s cruel and manipulative vampire leader, she employs her undeniable chess prowess and must discover her own untapped belief in the unimaginable to save not only his life but those of herself and her friends.

J.S. Furlong is an author, producer and actor. Raised in the Washington DC professional theatre, Jen spent her teenage years learning to inhabit other people’s lives on stage and make them real. It is no surprise that her first published book was a LARP guide to playing truly evil bad guys: Antagonists for Mind’s Eye Theatre, the Live Action incarnation of Vampire: The Masquerade from White Wolf Publishing. Written under her maiden name, Jennifer Albright, this book was a natural integration of both writing and acting.

The largest portion of her writing began when she took a hiatus from acting to have children. A college professor once read a story she wrote and wrote on her paper “Not bad. You should publish this.” Those words stuck with her. Hidden City was first drafted in 2004 just before the birth of her second son as an effort to write something her children could eventually read. Jen’s teenaged heroines struggle with truth, possibility and who they are. Now mother to four of them, Jen loves teenagers and writes books that she hopes teens, tweens and adult lovers of YA will enjoy. A few random facts about Jen: 1. While writing this book initially she was also writing for and producing modern theatrical circuses, one of which she co-wrote with Neil Gaiman. 2. Jen’s career in television and film includes a tiny but pivotal role on Buffy: The Vampire Slayer. 3. Jen is a graduate of the Duke Ellington School of the Arts and attended both Ithaca College and The University of Mary Washington.

One of her goals is to speak as many languages as she needs to run circuses and buy goats around the world. She lives in Virginia with her animals, her adorable husband and whomever else happens to be home. Follow Jen on IG at @iamjenfurlong. Hidden City is her debut novel.