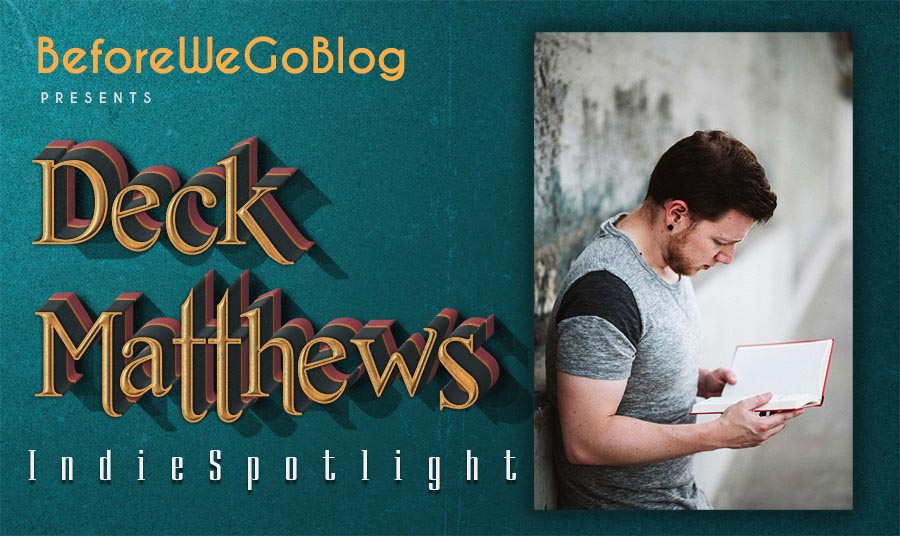 Author Deck Matthews talks about the big idea behind his Riven Realm series.

“The idea behind this series is to provide the sort of heroic fantasy that I so enjoy in small, bite-sized chunks. I tend to liken the series to a TV show, with each book being an episode in the larger story. Together, they form a single arc that I intend to be somewhat epic in scope.”

I’ve had a lifelong love affair with fantasy. From the moment I first read David Eddings Queen of Sorcery back in 1995, fantasy has been my greatest literary passion—and I knew that writing in the genre was something I wanted to do.

After many twists, turns and false starts, in 2019, I finally reached the point where I published my first book. The First of Shadows is the opening volume in a series of episodic novellas. The series, entitled The Riven Realm, follows a diverse cast through their struggles against a mounting darkness. This first book’s main story centers around the character of Caleb, a young man with a crippled leg and a totem owl, who is drawn into a conflict with a shape-stealing demon that refuses to die.

Along the way, he encounters a mysterious drifter, an eccentric sky pirate, a hammer-wielding mercenary and a bow shooting girl with a magic of her own.

The secondary story arc follows two additional characters. Second Corporal Avendor Tarcoth and a blind old sage named Tiberius must investigate a series of unusual deaths in the capital city of Taralius. There is a significant connection between the two arcs, that brings a sense of unity to the book.

Ultimately, it’s a fast-paced, action-packed story that should appeal to fans of Brandon Sanderson, Brent Weeks and Robert Jordan—but without the large page counts.

The idea behind this series is to provide the sort of heroic fantasy that I so enjoy in small, bite-sized chunks. I tend to liken the series to a TV show, with each book being an episode in the larger story. Together, they form a single arc that I intend to be somewhat epic in scope.

Which, of course, means there are plenty more books to come. The story that begins in The First of Shadows is picked up and expanded in Dust of the Darkness. This second book follows most of the same cast, but introduces new characters and new dangers.

The third book, A Shattering of Glass, is scheduled for release on October 15, 2019, and focuses more on the story arcs of Avendor and Tiberius, and the mystery they are investigating.

Subsequent volumes in the first “season” are slated for publication in 2020 and 2021, and I have plans to release combined editions that collect several installments into larger volumes.

Writing in this way has been interesting. There are some real benefits to it, such as relatively rapid release and the ability to finish things while still working a full-time job. At the same time, I’ve discovered that some readers are hesitant to commit to a novella from an unknown author—especially in this genre, where 500+ page books are the norm rather than the exception.

One particular reader suggested that I should “write more book.”

In addition to the books in The Riven Realm, I am also in the initial planning stages on two full-length novels set in the same world. I don’t have an estimated release date for either of them at this point, but I’m hopeful that the first will be published within two years, so be sure to keep an eye out for that! 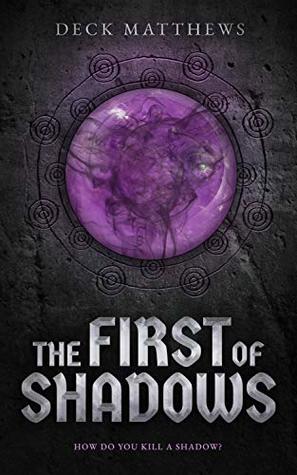 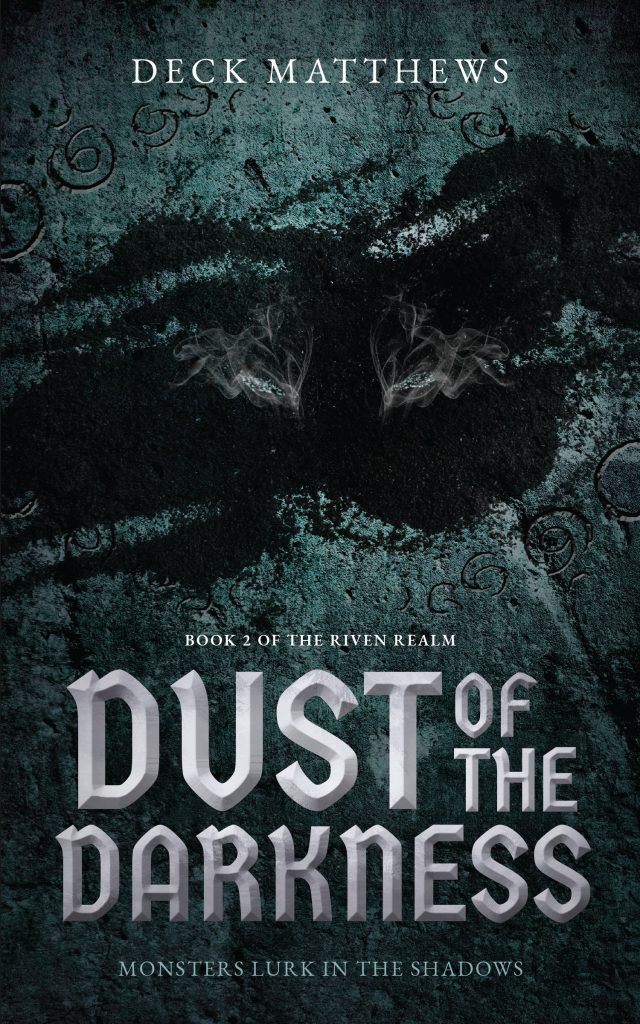 Fleeing the ruins of his broken life, Caleb Rusk arrives in the sleepy village of Timberford. But when a series of brutal and vicious attacks stir the community into a terrified frenzy, Caleb and his friends must join with his bond-brother, Carvesh Tarne, a Cinderborn healer and a reclusive trapper to defend the village from the swarm of shadowbeasts that threatens to destroy them.

In the city of Taralius, a high ranking abbot is butchered in the heart of his cathedral. With evidence pointing to the involvement of the notorious assassins known as the White Glove, Second Corporal Avendor Tarcoth finds himself faced with the spectres of a past he thought he’d left behind. Meanwhile, the blind old sage, Tiberius Alaran, tracks down a lead that could help explain why Hearthborn are suddenly burning out in the city—all while trying to protect secrets of his own

But unbeknownst to either Avendor or Tiberius, a new player is sent to join the game—and her’s is a kiss of death. 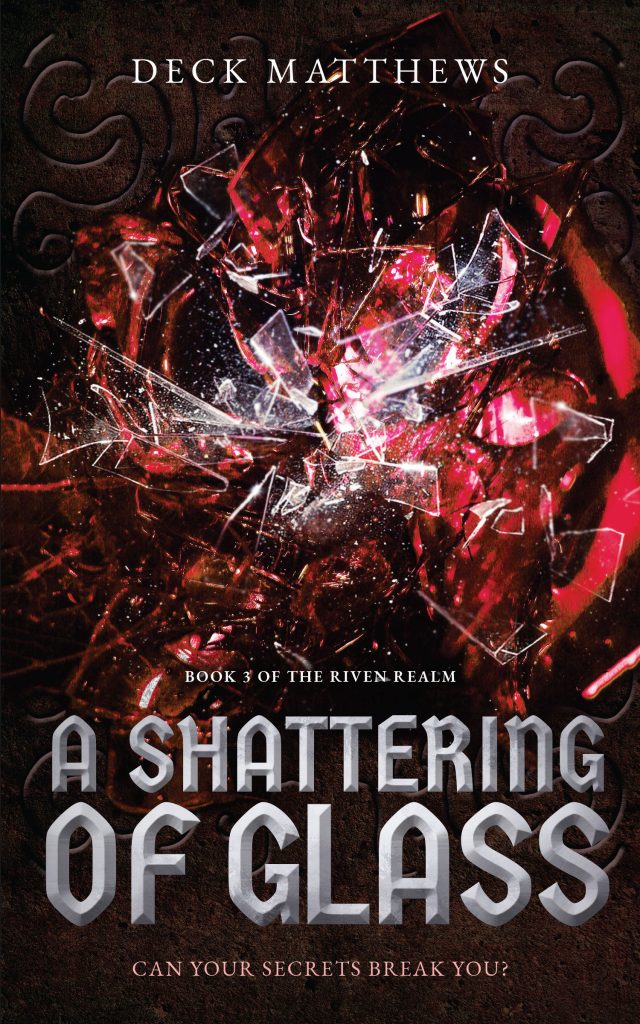 THE PAST IS A FRAGILE THING

For Shade, returning to Taralius is like a homecoming she never wanted. She soon finds that old relationships are changed and past contacts have turned sour. Worse yet, a bitter enemy stalks the streets—a venomous assassin who’s sworn to deliver Shade to her own sending.

Meanwhile, others in the city are delving into their own pasts. While Second Corporal Avendor Tarcoth re-establishes contacts from the shadowy life he thought he’d left behind, Tiberius follows the trail of an unexpected message toward an equally unexpected encounter. Neither man is aware of the dangers that stalk them.

Far across the Realm, the man calling himself Carvesh Tarne leads a small company through the depths of Jadenwood in search of answers surrounding the shadowbeasts that nearly destroyed his home and family. But answers aren’t always what they seem. Sometimes they fight back.

A Shattering of Glass (PRE-ORDER)https://www.amazon.com/dp/B07WKGBC93https://www.goodreads.com/book/show/47824600-a-shattering-of-glass
“The First of Shadows is an exhilarating read. It’s the first in Deck Matthews’ The Riven Realm series, and his debut to boot—and what a debut! Matthews gives us pulse pounding action on nearly every page. It’s fast paced to the extreme, with no down time at all. If you’re looking for a quick, exciting read then you need look no further!

Calvin Park
Reviewer
First of Shadows is a fast-paced, action-filled, sword and sorcery/adventure fantasy in the classic vein. Lots of big magic, a supernaturally evil enemy, mysterious characters, clerics, warriors, and (in not so traditional a vein) airships and a murder mystery. There are a lot of point of view characters for such a short book, but I never felt like I didn’t spend long enough in any one character’s POV, and I was never confused when we switched. The characters are interesting and likeable, and I’m looking forward to more character development as the series goes on. 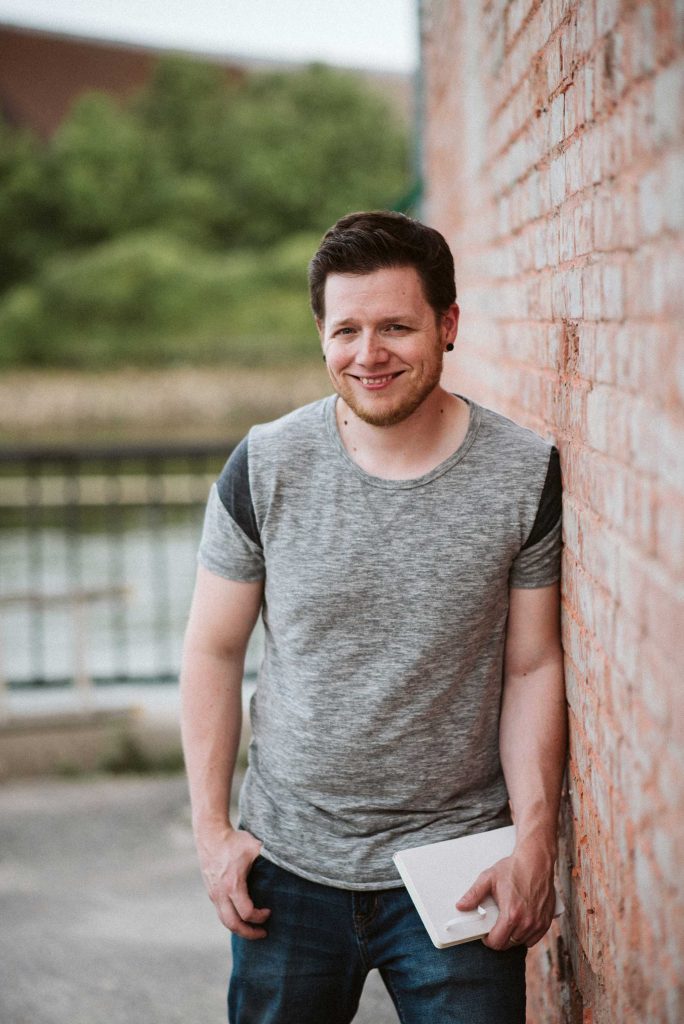 Deck Matthews is a pseudonym for one particular Matthew Ward. He is a life-long reader who fell in love with writing and fantasy in middle school. He remains an avid reader, a casual gamer and a dabbler in the visual arts. He has worked as a designer and currently spends his days neck-deep in code as a front-end web developer.

He also holds a Master’s degree in English Literature and currently resides in Ottawa, Canada with his wife, two daughters and one little fluff ball of a dog named Wicket.