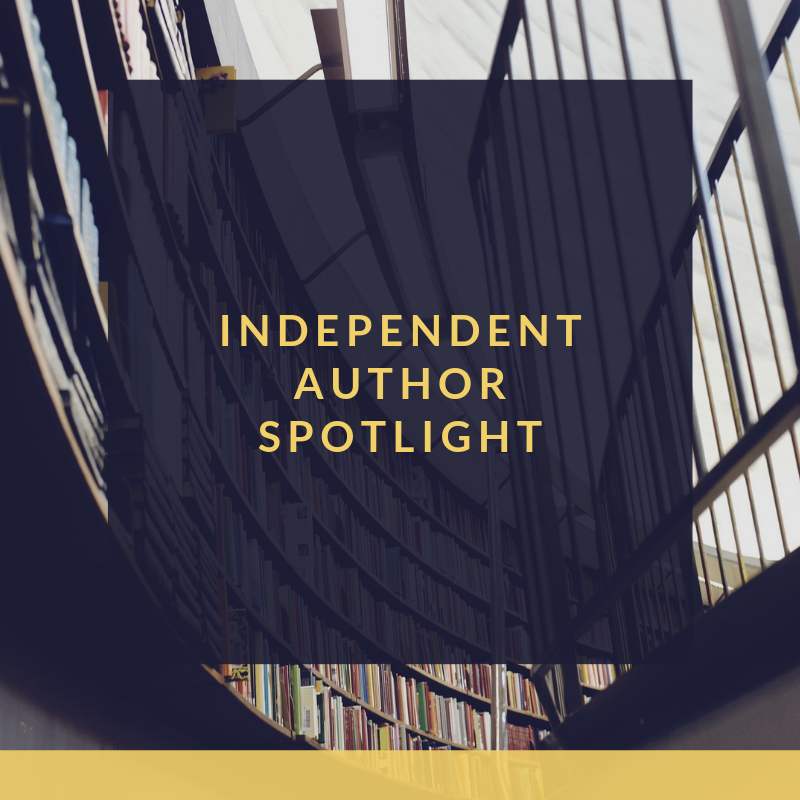 First, let me extend my thanks to you, Beth, for giving me the opportunity to talk about my work. While I don’t presume to speak for all Indie authors, I’m sure it’s a shared sentiment. I have found that trying to be heard is like calling for help in solitary confinement on a desert island screaming into a tin can. Remember Cast Away?

How is it that I came to this place at this time? My wife, Natasha, got on Twitter at the beginning of this year (@neoverttun). She soon became an avid reader of all things @BethTabler and I’m a big fan of your Music Monday. (Remember “King of the Road?”) When she told me about the launch of your Indie Spotlight, a flurry of DM’s followed. Here is Natasha’s response to the one about your email to me confirming this spot: “David just tripped and fell running to his computer to check his Outlook! Hilarious! LOL.” So, here I am, none the worse for wear and tear!

(Beth Note: The visual is the best thing ever)

What a forum your Indie Spotlight is!

But enough about me…something about my work. (Uh…I guess that’s still me.)

The Terra Nova series is 1 part Bible, 1 part science and 2 parts human nature. I have always had an intense interest in the text of the Bible. I wouldn’t call it biblical scholarship because my knowledge of ancient languages is confined to a little (very little) Latin. The science comes from my post-secondary studies in chemistry, physics and biology. And, of course, on my journey through life, I’ve had many experiences with the human condition.

An amorphous concoction of the three had been kicking around in my head for years. Then, one day, I happened to watch a rerun of the 2011 BBC 3-part series called The Bible’s Buried Secrets presented by Professor Francesca Stavrakopoulou (@ProfFrancesca). I was particularly intrigued by her analysis of a woman named “Asherah”.

Around the same time, I saw Maleficent and was struck by how there was a totally different spin to the fairy tale I was told as a child. It showed me that a story could be taken almost anywhere. It’s all in the telling.

The two combined to give me a Johnny Nash/Jimmy Cliff moment. Everything came together and I started writing. I thought it would be interesting to take familiar threads from the Good Book like:  creation, Adam and Eve, Cain and Abel, the Tower of Babel, etc. and wrap them in science. Then, I said, ”Self (I say that to myself sometimes), what about taking topics from genetics, evolution, cosmology and other science stuff and wrapping them in the Old Testament?” I guess I ended up doing both.

It’s sci-fi but sci-fi what? I wanted to classify it as “apocalyptic and post-apocalyptic” because I think it’s dystopian. The only problem is the world I’ve created is stable, well-organized and prosperous. How can that be dystopian? I can’t tell you without being a spoiler. It’s also an origin story but, again, I can’t tell you more without giving everything away. I will say the two are connected. All will be revealed in Book 4 but, even so, I don’t expect everyone to get it.

Universe:  Awakening is the first book in the series. It sets up the premise and introduces the characters and the world that they inhabit. It is the source for the emanation of the narrative. From that point in the worldline, I can take the reader almost anywhere and everywhere. “Terra nova” means “new land”. So, going forward is a journey to that destination. That’s what Book 2, Genesis:  Vision of the New World, and the remaining books in the series explore (working title for Book 3:  Prophecy: Eve of Darkness). Going into the past takes us to origins. I am currently incubating a prequel series, working title:  The Great Father.

There are also one-offs, stand-alone books like Intrepid (to be written) that tells the story of the technology that is the linchpin in Universe. The Book of Probes (also to be written) is a compendium of short stories about the 12 probes launched from the Intrepid.

Will my writing appeal to readers?

Without hesitation, I say: “Yes, absolutely! No, not on chance!”

How can I be so cocksure?

I’m reminded of a gift I received a long time ago from an associate. It was Haunted Mesa by Louis L’Amour. The person who gave it to me was a big LL fan. Given my relationship with this individual, I was obligated to read it. I remember 2 things about the book. First, it was very well-written. Second, I couldn’t wait to get it over with. (Please no trolling from LL fans.) That experience taught me that a book can succeed on one level and completely fail on another. The opposite is also true. There are books that are very poorly written that become bestsellers. I guess, if I had my druthers, I would always prefer the bestseller. Were I on the New York Times Best Seller List, I would happily receive criticism and trolls from my villa in the south of France. (Sweet dreams are made of these…)

I want readers to either hate or love my writing (although I’d druther you loved it) because it means I’ve struck a chord somewhere. My first review ever was from someone who just despised Universe:  Awakening. Then, he went on and on and on for pages about how he hated it. My thought? “Gotcha!” Why else would he have given me the time of day? My greatest fear is someone who says, “It was ok.”, or worse —silence.

I do know a few things. One is the premise of the series is very different. Conventional wisdom will say that my chances of success are slim to none because it’s never been done before. Unless…it succeeds. Then, I become groundbreaking, visionary and other such accolades. Another is my wife, Natasha. She loves the stories. She’s the reason I write. (Yeah, I know what you’re thinking. He wrote a novel only a wife could love.) Finally, there are at least a billion books sold globally each year. My target audience is there somewhere, the literary equivalent of Where’s Waldo?

Thank you again Beth for helping me reach out to them.

To dip your toe into the water:

For a deeper dive:

@neoverttun
(Beth note: Natasha is awesome. You should follow her.)