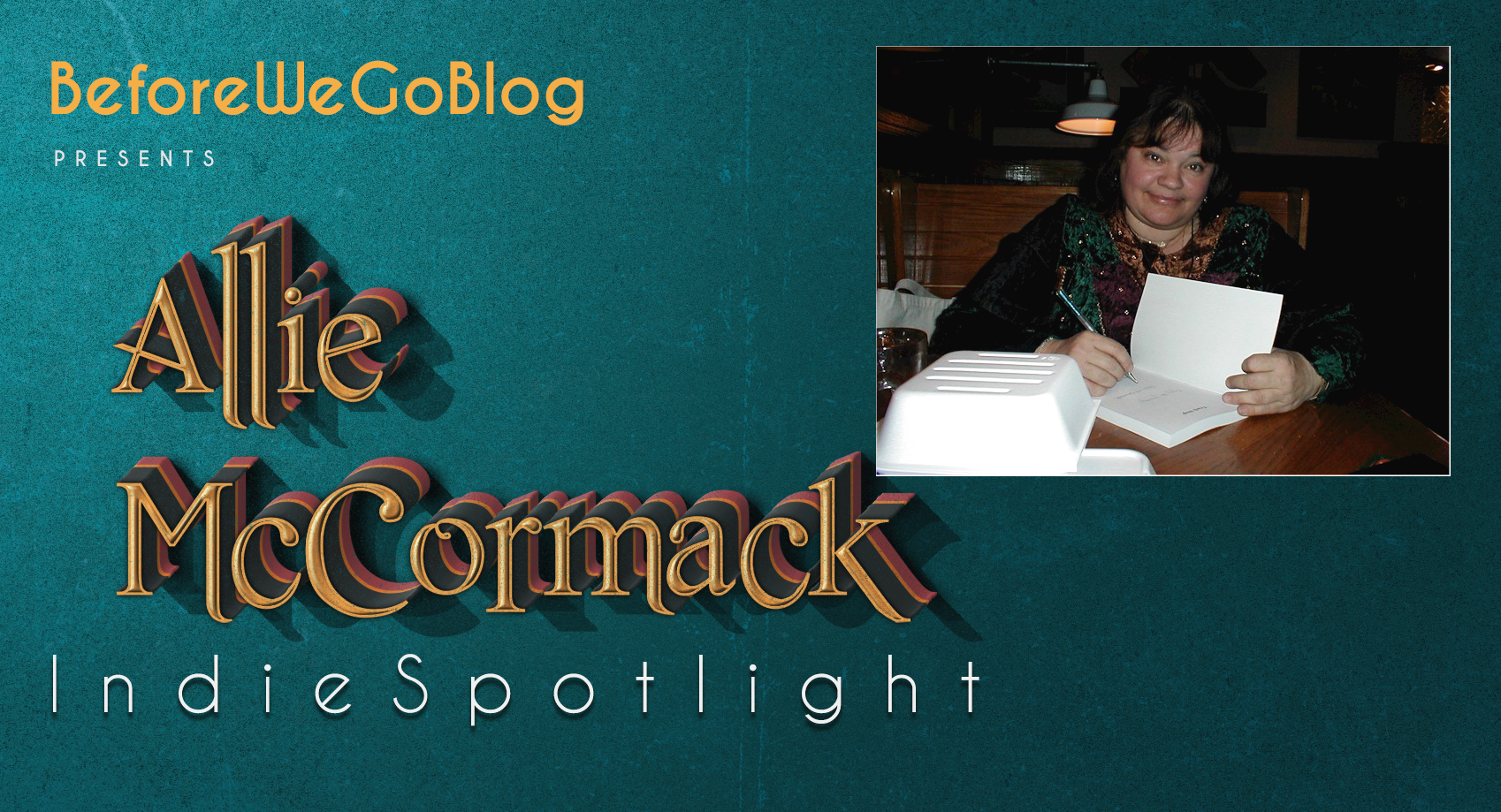 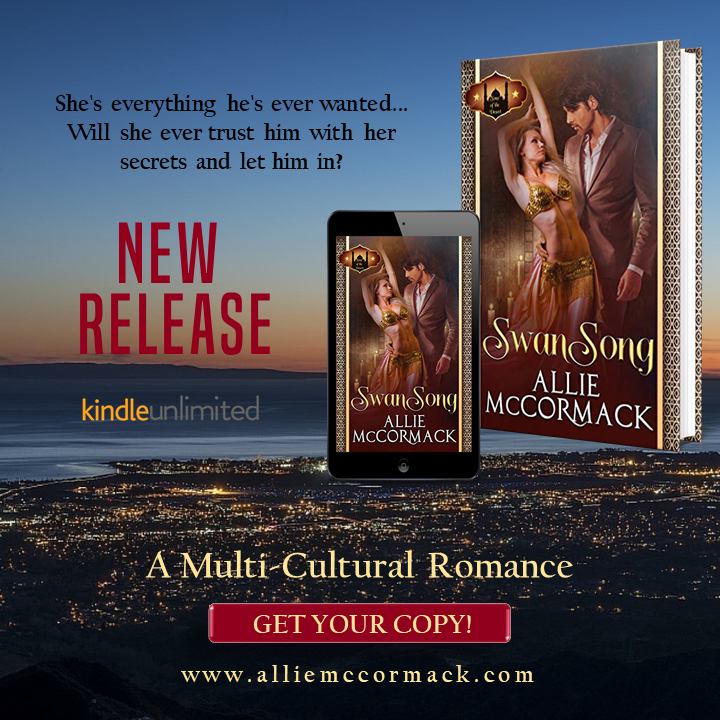 “Allie McCormack comes through again with the premiere of her multicultural romance series, Sons of the Desert.”

SwanSong
by Allie McCormack
Book 1: Sons of the Desert

Sarah Pendleton was born into a life of wealth and privilege, raised in the shadow of her mother, a famous soprano and her father, a composer and bonafide genius. A child prodigy herself, Sarah has left behind the world she grew up in to become the director of a low-income child care center in the small coastal town of Santa Barbara, California. She finds an outlet for the love of music that has never left her as the exotic belly dancer Cassandra at The Cafe, an ethnic Mediterranean-style restaurant. She is content and happy, but is aware that, compared to the glittering life she left behind, others consider the life she has chosen for herself to be dull and unexciting.

When a tantalizingly handsome Arab sees her belly dancing at The Cafe and begins a determined pursuit, Sarah believes that he is interested only in the fascinating, sensual creature he sees, the dancer Cassandra. Despite her own strong attraction to him she does her best to evade him, sure that once he discovered she is neither exotic nor glamorous he would lose interest in her.

Coming from an even more privileged world of wealth, Khalid ibn Rashid Al Mansour is the son of a wealthy, powerful diplomat from the oil-rich country of Taqara, and an independent American artist. His first love has always been the beauty of the Arabic language, the flowing verses of classical literature. Leaving the running of the family business in Taqara to his brothers and sisters, he has come to teach at the University of California in Santa Barbara as a professor of Arabic language and literature. Having been raised in the major capitals of Europe and America, Khalid has no particular preference for either Taqara or America. He has a fierce desire for a wife and family, yet because of his family’s wealth and social status he is a target for ambitious women in both countries. Still, he knows that there is one woman for him somewhere and, with the surety of that knowledge, he is content to wait until he finds her.

His complacency is shattered one evening when he sees the graceful blonde woman dancing to one of the most beautiful of Arabic songs, and he knows that his long wait is over. For weeks, however, he is unable to so much as learn her name as she evades him, seeming to disappear after her dance night after night. When finally she is pointed out to him one evening after the dancing, he is chagrined to realize that she had been there all along, but he hadn’t recognized her without the glittering costume. He feels a deep satisfaction, too, as the quietly lovely Sarah pulls at him even more strongly than the exotic persona of the dancer Cassandra.

Finally one night he is able to coax her into meeting him for dinner. Well aware of her distrust but not the reason for it, Khalid treads carefully. By the end of the evening he knows beyond doubt that this is the woman for him, and he will do everything in his power to win her.
Continually amazed by Khalid’s determined pursuit, Sarah is no longer able to fight her own attraction to him. Expecting every day that she sees him to be the last, she guards her heart as best she can, even though she knows it’s a losing battle.

Sons of the Desert Series 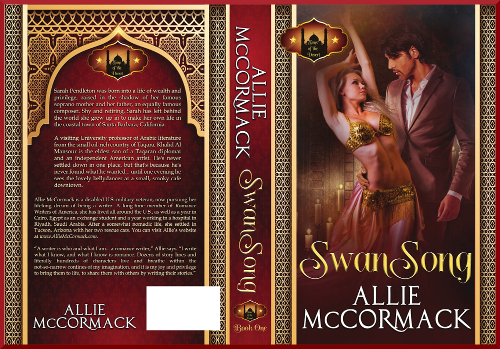 She’s everything he’s ever wanted…
Will she ever trust him with her secrets and let him in?

Sarah Pendleton was born into a life of wealth and privilege, raised in the shadow of her famous soprano mother and her father, an equally famous composer. Shy and retiring, and treasuring her anonymity, Sarah left the world she grew up in to make her own life in the coastal town of Santa Barbara, California.

A visiting University professor of Arabic literature from the small oil-rich country of Taqara, Khalid Al Mansour is the eldest son of a Taqaran diplomat and an independent American artist. He’s never settled down in one place, but that’s because he’s never found what he wanted… until one evening, he sees the lovely belly dancer at a small, smoky cafe downtown.

Khalid falls hard for Sarah… and she has feelings for him too…
But sometimes secrets have a way of tearing lovers apart.

Other Titles by Allie McCormack:
Truck Stop
SwanSong: Khalid, the Scholar (Sons of the Desert Book 1) 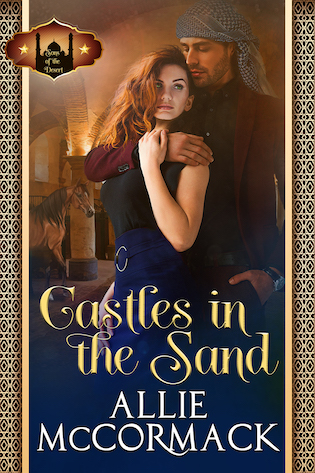 Castles in the Sand

Book 2: Sons of the Desert

A proud fighter pilot for the Taqara National Guard and fiercely loyal to the land of his birth, Bennett Al Mansour’s heart belongs to the desert, to his bedouin roots. But his dreams are shattered with the explosion of a landmine. Angry and embittered, he is sent to his brother’s home in California for a rehab that he has no interest in. As he rebuilds his life and works with Tanya to get back on his feet, Bennett discovers a new passion. But will he have to choose between his love for his country and his love for the woman of his dreams?

Hired by the wealthy and powerful Al Mansour family, Tanya Groves’ budding career as a physical therapist hinges on being able to get Bennett back on his feet and walking again. An orphan, she’s learned to make her own way in the world and has dreams of travel and fame as a top-notch physical therapist… dreams that leave no room for a home and family, despite her growing love for the intense, brooding Bennett.

Wishes in a Bottle – Book 1 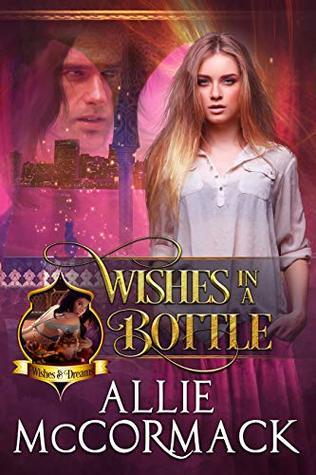 Centuries ago in plague-struck Italy, Julian DiConti cast a powerful spell in desperation to have the magical power to be able to help his people who were dying in horrific conditions. The spell goes spectacularly awry, leaving Julian enslaved to a Djinn bottle, bound to grant three wishes to each Master of the bottle until the spell can be broken. More than anything, Julian longs for a normal life – for a home, and a family. After six hundred years, however, he has begun to despair of ever being freed from the spell.

Enter Alessandra Taylor, a young woman who has followed her calling to help others, in the face of vociferous disapproval from her family, particularly her controlling father. Working at a shelter for battered women, she’s thrilled to meet the reclusive Julian DiConti, whose collection of garments from third world countries has provided funding for shelters across the country. When Julian turns out to be a Djinn from the old bottle she found in her attic, she hears his story and empathizes with his despair. Although she’s willing to free him, he can’t tell her how. As time goes by, their initial attraction blossoms into a love that both realize is doomed. Once she has made her third wish, the magic of the bottle will whisk Julian away and out of her life forever… unless she can somehow figure out how to free him. But one by one, she’s forced to use the precious wishes to help others. 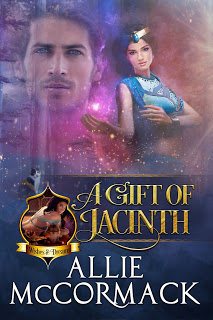 A Gift of Jacinth

Douglas needed a miracle. What he got was a genie…

Veterinarian Douglas McCandliss considered himself an ordinary kinda guy with an ordinary kinda life. He had no idea why he’d bought the old silver teapot, and when a young woman appeared before him claiming to be a genie, he almost wished he hadn’t. If only she wasn’t so damned cute.

Ebullient and cheerful, Jacinth loved granting wishes and helping people. So she was thrilled when her teapot’s new owner, a single father with custody of two young children, asked her to stay until he could find a nanny. The problem was, the longer she stayed, the more she was attracted to Douglas, and she was certainly not willing to turn over care of Ben and little Molly to just anybody. But she was a 900-year-old Djinn, and had no intention of falling in love with a mortal man. None whatsoever. 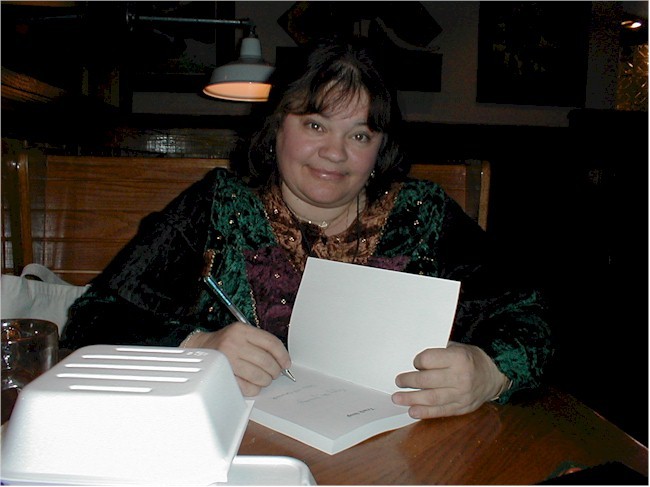 In “real life,” I’m a disabled vet living with my two rescue cats, Levi and Tobi, in Tucson, Arizona. I love the desert, and my computer is set at a bay window overlooking the desert and the mountains rising to the north and northeast. I sit here and see coyotes and quail and hawks, woodpeckers, people walking their dogs, roadrunners, coyotes (I like coyotes), even the occasional bobcat.

I’m a disabled Vietnam-era vet; I was in the 9th Division stationed up at Ft. Lewis, Washington for several years, and I also did a short temporary assignment with NATO in Europe (which wasn’t terrifically interesting). Although I’m disabled now and unable to so many things I used to do, I very much appreciate and consider myself lucky that I got to do so many things that many will never have a chance to do at all, and I try not to repine that I can’t do them again/anymore (as the case may be). Instead, I am grasping with both hands the opportunity to have the time to follow my life-long dream of being a writer.