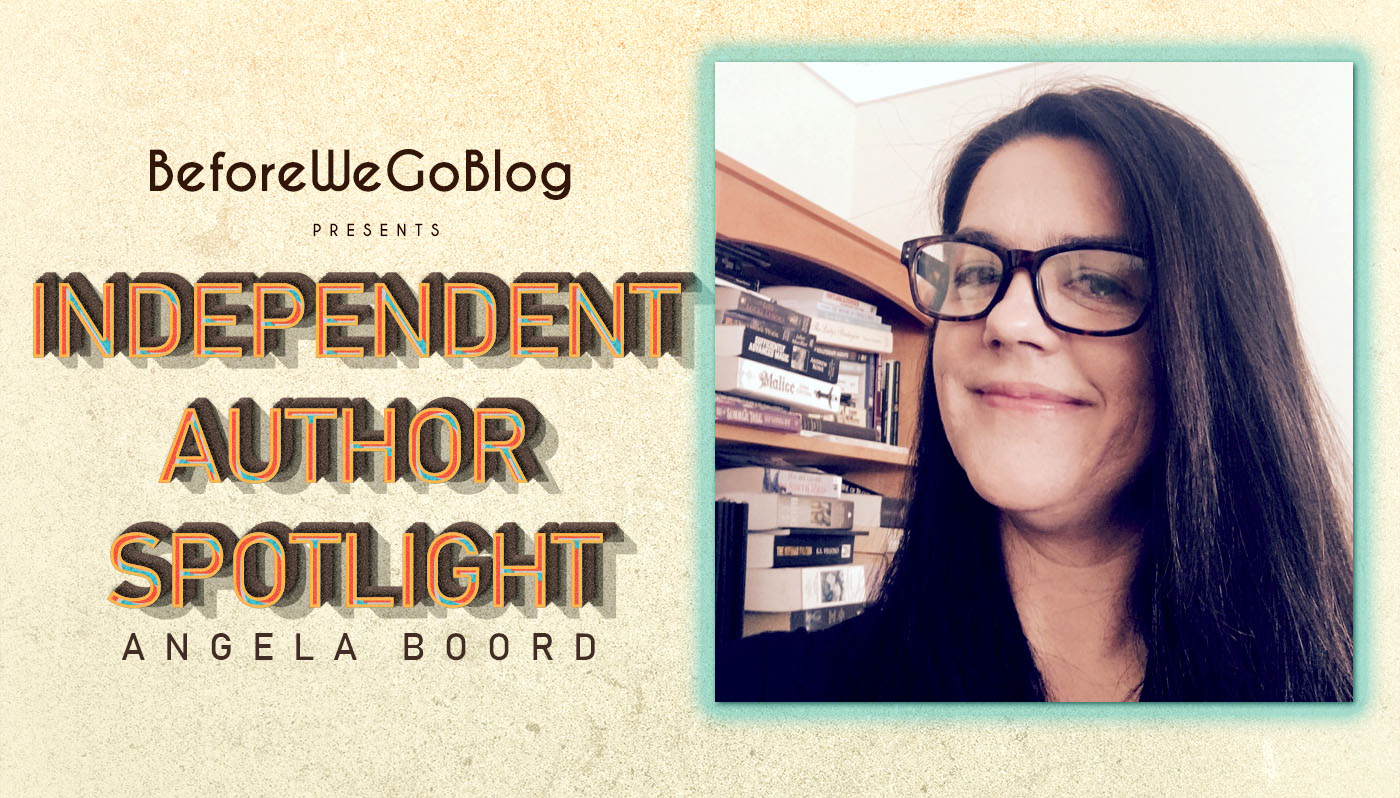 Independent author Angela Boord talks about her new book, Fortune’s Fool, and the road that has led her to it. 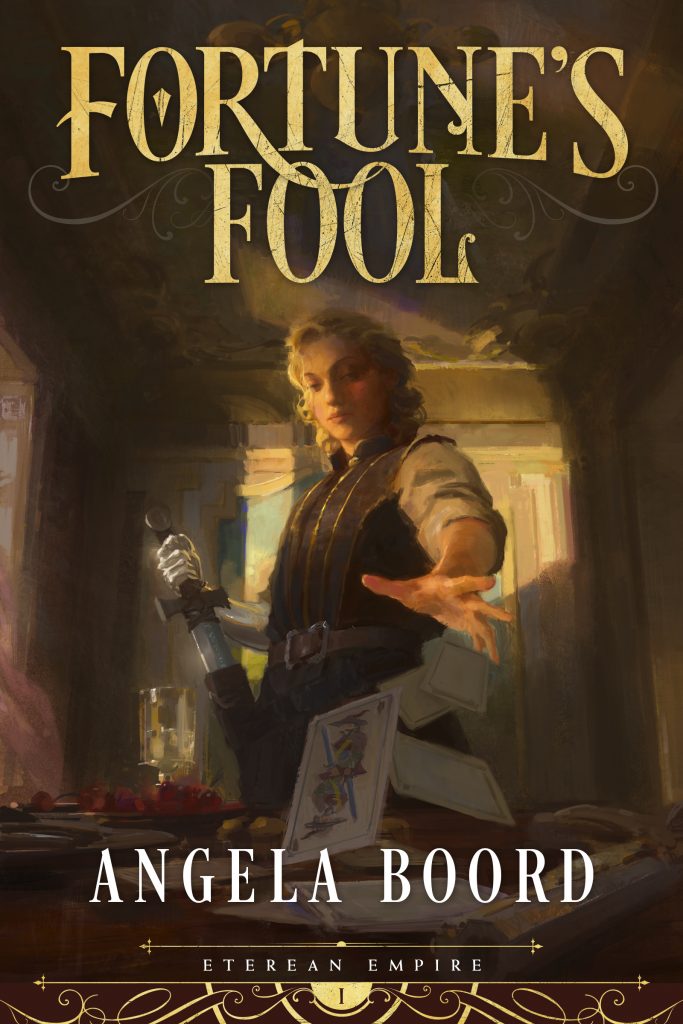 “Kyrra d’Aliente, the protagonist of Fortune’s Fool, is no stranger to the art of disguise, but she’s also been branded with her share of labels. Blamed for starting a war which has left much of her homeland in ruins, she’s also easy to identify because her right arm is amputated above the elbow.

I have always liked spies. The idea of having a secret identity always fascinated me. The rumpled businessman who’s really a double agent. The ruthless assassin dressed up as a housewife.  Of course, secret identities only work because people tend not to look below the surface. As one of the characters in my debut novel Fortune’s Fool says, “People see what they want to see.” That works for a spy but backfires when people let a collection of labels substitute for the actual person they’ve labeled. Kyrra d’Aliente, the protagonist of Fortune’s Fool, is no stranger to the art of disguise, but she’s also been branded with her share of labels. Blamed for starting a war which has left much of her homeland in ruins, she’s also easy to identify because her right arm is amputated above the elbow. Having to come to terms with the loss of her arm is at the core of Kyrra’s struggle to define who she is. Will she accept that she is the woman everybody thinks she is — helpless and handicapped, stripped of her titles and cast down in the dirt — or will she become the woman she has the potential to become — capable, brave, and strong? When I started writing Fortune’s Fool, my thoughts about identity and disability were pretty amorphous. All my stories begin with me shadowing a character to discover their story, but Kyrra was the kind of character who dragged me behind her from the very beginning, when she handed me the first line of the book —  “My right arm is made of metal.” Fast forward from the day I first wrote that sentence (more years ago than I want to admit), sitting on my couch on a sunny afternoon while my first child toddled around, and now I have nine kids and my youngest has Down Syndrome. Although I personally don’t have a permanent physical disability, parenting a child with Down Syndrome has taught me a lot about dealing with disabilities that aren’t going away. It’s also been an education in how the world can look at a physical difference and think that difference sums up another human being.  Down Syndrome isn’t something you can imagine away. As a parent, you want to sweep the path clear of problems for your kid, and when you can’t — when instead of the usual rocks and potholes there are boulders and ravines — it makes your heart hurt. It’s easy in the beginning — when you’ve just been handed a tiny baby you’ve no idea how to care for — to focus on how hard it will be to climb over boulders and out of ravines. You don’t yet know the joy you’ll find together in the flat spaces, and you haven’t started thinking yet that maybe it’s smarter to walk around those giant obstacles in your path instead of trying to go straight through like everybody else.  My daughter’s disabilities mean that many of the ordinary achievements other people take for granted will be much more difficult for her — or even impossible. But just because her road is different doesn’t mean it can’t be beautiful. The disabilities most people think of when you say Down Syndrome are only part of what makes my daughter who she is. The thing you discover as a parent of a child with Down Syndrome is that those disabilities aren’t even the biggest part. Kyrra carves out her own unique path, too, with the help of a mysterious foreign mercenary who wears his own disguises but refuses to believe that labels have any bearing on who a person is at heart. To Arsenault, Kyrra’s disability is a problem that requires modifications, but it doesn’t define who she is, nor do her past mistakes. And gradually, bolstered by his belief in her, she begins to heal. Fortune’s Fool is a big, twisty book, full of spies, disguises, backstabbing plots, and House wars in a setting inspired by Renaissance Italy. I hope I’ve made it exciting and entertaining, the kind of book it’s fun to curl up with at night. But at its core it’s also a story about seeing beneath the appearance of things — beneath clothes, labels, mistakes, lies, abilities and disabilities —  to discover the truth of the person who lies beneath.

Angela Boord has given us a beautifully written and captivating novel in Fortune’s Fool. This is the story of Kyrra d’Aliente, fallen scion of a powerful house. It’s the story of her fall and the story of her vengeance. More than this, however, it’s a story about family and love and discovering that how we see and understand the world when we’re young—how we’re certain the world works—isn’t always true. Perhaps more central still to the work is this question: is trust possible?

I had the pleasure of getting to beta read this book, and wow-the worldbuilding and character development are just wonderful, especially for a debut! Kyrra is such a compelling character, and the twists and turns kept me guessing all the way to the end. Can’t wait for the sequel!

Angela Boord published a handful of short stories in the early 2000s, then had a bunch of kids and took a long break from writing. She lives in northwestern Mississippi with her husband and their nine kids, plus two dogs, one cat, and varying numbers of chickens. Recently, she has stopped noodling around with the beginnings of stories and started finishing them again with the intention of publishing.Her current project, a dark and twisty epic/historical fantasy set in a Renaissance-inspired world, is titled FORTUNE’S FOOL and is planned for release in June 2019.