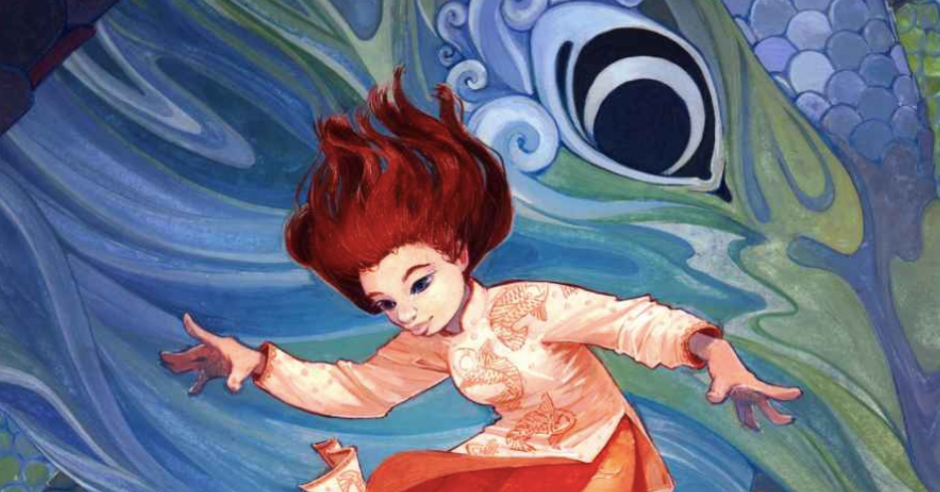 In the Vanishers’ Palace
by Aliette de Bodard

In a ruined, devastated world, where the earth is poisoned and beings of nightmares roam the land…

A woman, betrayed, terrified, sold into indenture to pay her village’s debts and struggling to survive in a spirit world.

A dragon, among the last of her kind, cold and aloof but desperately trying to make a difference.

When failed scholar Yên is sold to Vu Côn, one of the last dragons walking the earth, she expects to be tortured or killed for Vu Côn’s amusement.

But Vu Côn, it turns out, has a use for Yên: she needs a scholar to tutor her two unruly children. She takes Yên back to her home, a vast, vertiginous palace-prison where every door can lead to death. Vu Côn seems stern and unbending, but as the days pass Yên comes to see her kinder and caring side.

She finds herself dangerously attracted to the dragon who is her master and jailer. In the end, Yên will have to decide where her own happiness lies—and whether it will survive the revelation of Vu Côn’s dark, unspeakable secrets…

The first inkling that things were going wrong was when the voices in Oanh’s room fell silent. To Yên and Mother, Oanh should have been one patient out of many, another risk of infection and loss. And Heaven knew they lost so many of the sick, in the days after the breaking of the world, when medicine was a slow, laborious thing, and the few words of power the Broken-World Teacher had rediscovered didn’t make for more than painstaking stopgaps.

But Oanh was Yên’s friend. The sight of her, shivering and pale in a bed so large and soft it seemed to be crushing her into insignificance, had tightened a fist around Yên’s innards until Mother—with one look at Yên’s still figure—imperiously sent her out of the room.

An original retelling of Beauty and the Beast featuring F/F leads.