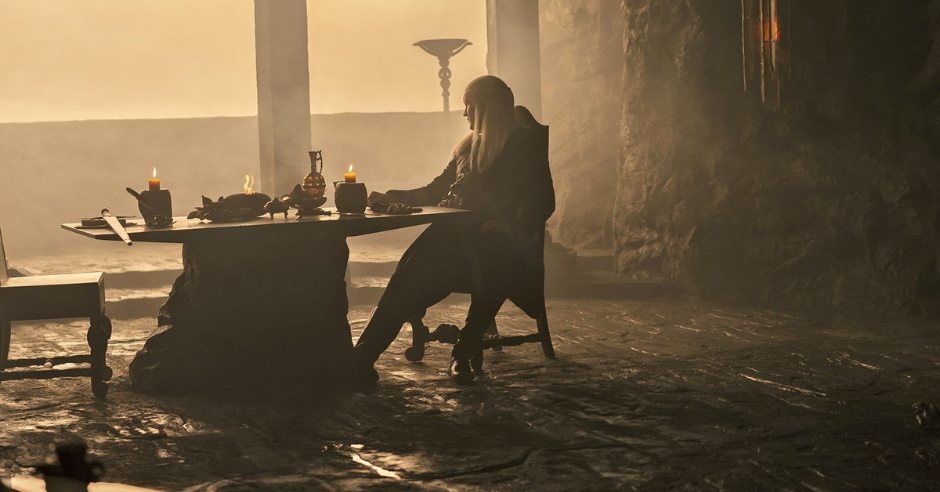 HOUSE OF THE DRAGON 1×02 “THE ROGUE PRINCE” is, as the title indicates, the second episode of the House of the Dragon series from HBO. The prequel to Game of Thrones, it is a chronicle of the Dance of the Dragons civil war detailed in George R.R. Martin’s Fire and Blood. I very much was excited for this episode and started writing my review as soon as I finished watching it for the second time. Why twice? Because one view isn’t enough. 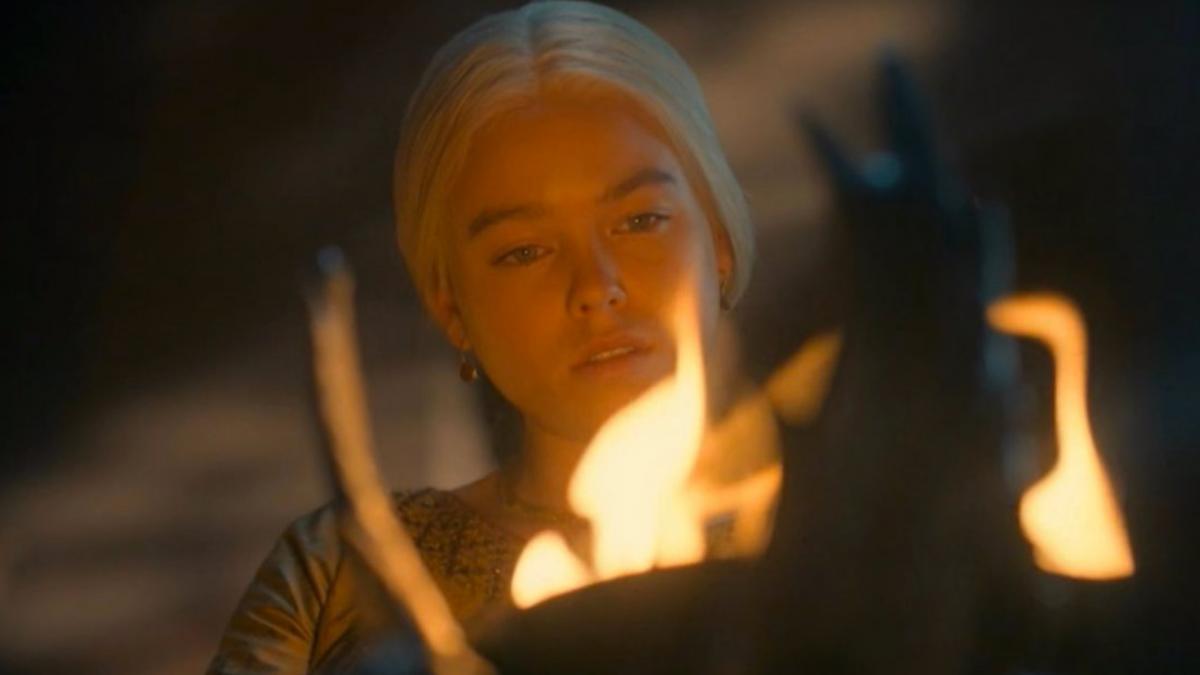 The first thing that I must comment on is the fact that the new opener is fantastic with a drizzle of blood moving through King Viserys’ model of Old Valyria. It’s a sign that everything is going to be even more ominous and nasty than Game of Thrones. The theme music is the same from Game of Thrones, which is a bit like reusing the Star Wars theme. Yes, it’s not original but it’s hard to top perfection.

This is an action-less episode as it instead focuses on King Viserys and his choice to wed a new bride after the death of his beloved Aemma Arryn. Unfortunately, the best candidate for him to wed is the twelve-year-old daughter of Corys Velaryon. This is something that no one else seems to have a problem with while Viserys, to his credit, is viscerally disgusted by the prospect of.

Unfortunately, Viserys doesn’t win any points with the fact he is willing to marry a girl his daughter’s age. I think with things like the recent Baptist Church, Utah Church, and Matt Gaetz scandals that this is unfortunately topical and shouldn’t remotely be topical.

I also lost a lot of respect for Corys for the exact same thing that Otto Hightower was doing (i.e. pimping his daughter) except even worse due to her age. Mind you, Viserys should have tried to heal the rift by marrying Rhaenyra to Laenor, his son, or at least made a betrothal with them. Rhaenyra as a married monarch is something that would be less controversial among the Lords of Westeros. 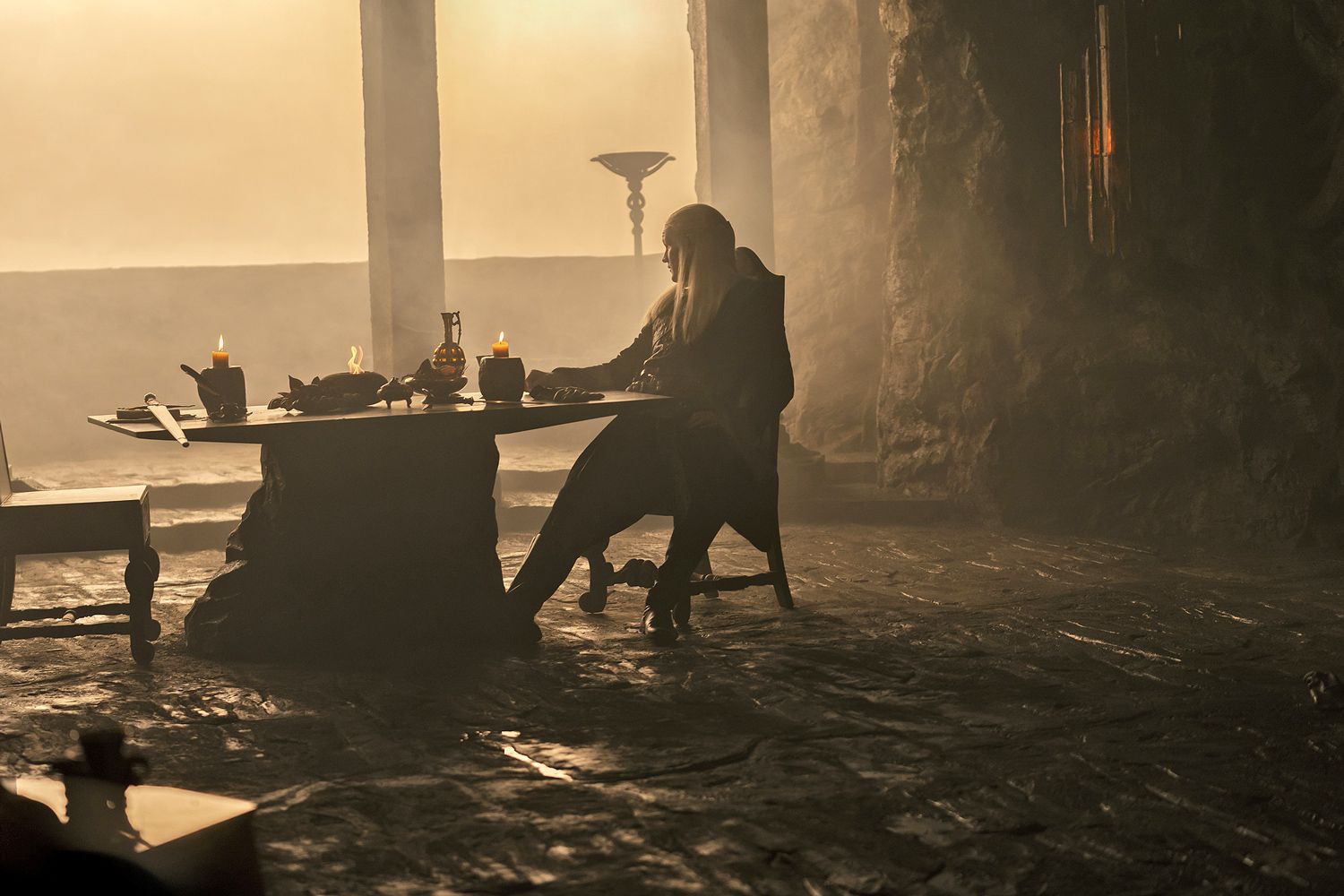 Viserys trying to stand up for himself by marrying an actual woman and yet playing into Ser Otto’s hands is an interesting character beat. It shows that he wants to be powerful but he’s really a puppet and desperate for Otto’s approval. The fact that “I cannot permit you to go” from Otto WORKS when Viserys is about to confront his brother is something no Targaryen or king should have tolerated.

Speaking of which, the next major plot point is Daemon Targaryen attempting to get his brother’s attention by stealing a dragon egg, taking over Dragonstone, and claiming he plans to marry a second wife in violation of the Faith. It fails spectacularly and only avoids becoming a massacre of the King’s Hand and his guard due to the timely intervention of Rhaenyra. It’s also a clear sign to Otto that she’s not the meek puppet her father is and is unsuitable as a potential monarch for the same reason that Daemon isn’t: they won’t be his pawns.

I truly believe Ser Otto didn’t think Rhaenyra would rule or attempt to assert her authority. In retrospect, it’s clear they’re going with the idea that Ser Otto believed she’d be another Viserys he could control assuming that she became queen before Viserys married his daughter. The fact she asserts herself as much as she does sets the stages for his betrayal–with the Kingsguard, her speaking up, and of course her rescuing him on dragonback.

Really, I liked that Otto Hightower was within minutes of being killed by Daemon and all of his men when the dragon blasted them because, of course, Otto wouldn’t back down. It’s a sign that Otto isn’t nearly as intelligent as he thinks he is outside of his comfort zone. He’s so used to being the King (rather than the Hand of the King) that he utterly underestimated how far Daemon would go. It was a nice, “Power is power.”

I think I like Alicent’s character arc here as she’s being forced into the scheming role by her father but is clearly anxiety ridden and terrified of all the repercussions that might hit her. I actually kind of think this is a valid take on her character from the books because we think of the scheming Cersei-like Alicent a lot but we don’t think of her, “kindly nurse Alicent who used to read to Old King Joe.” Still, she doesn’t want to marry Viserys but is being forced to seduce him in sweet ways that amount to faking interest in his Warhammer 40K models. I enjoyed the fact that I got to hear some more dialogue from Mysaria, Daemon’s mistress, but it is done in a terrible “Essos” accent that I think really distracts from the actress’ performance. Still, it’s nice to have any Smallfolk or commoner’s perspective on these sorts of things. I also like how she points out that Daemon’s antics won’t get him killed but might get her killed.

In conclusion, this is a solid episode, but I think the lack of humor and action is a bit of an issue. We could have used a more humorous set of characters to provide levity to the storyline. The fact that so much is spent on child brides and build-up for the inevitable Dance of the Dragons is also a bit of an issue. I can’t help but wonder if they might have been better served by starting with the beginning of the conflict with all of this as backstory.