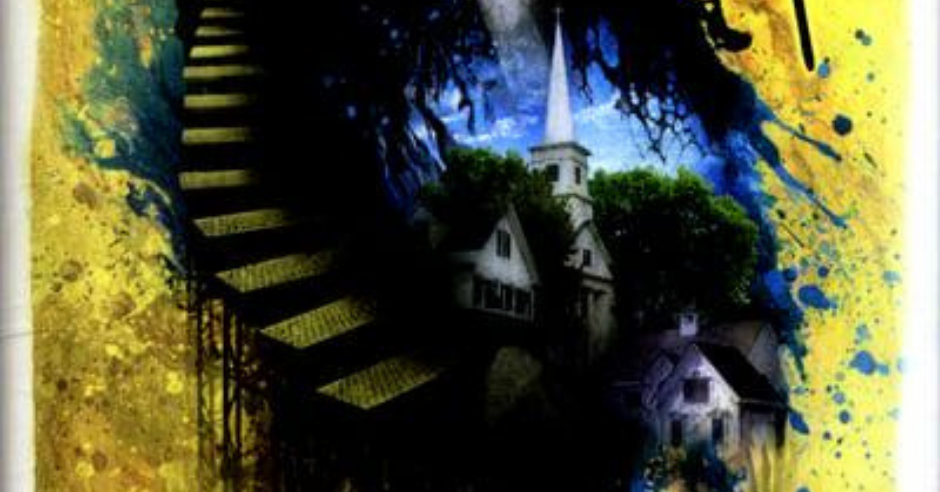 Did you know that sometimes Stephen King is not scary, not all stories need terror. Often existential dread will do the trick. If you are scared of the future and where you fit into the grand scheme of the world, then Gwendy’s Button Box is the story for you.

In my quest to read all the King novels, including his more obscure stuff, I came across this little gem. It stars Gwendy, as in a mash-up of Gwendolin and Wendy, as a typical young girl in the 1970s.

The first scene of Gwendy’s Button Box is of Gwendy doing running laps on a dangerous set of steps called the Suicide Steps. One of her classmates called her fat, and this has caused an intense need to exercise and lose any pudge that the 11-year-old might be holding on to.

The theme of self-acceptance comes up often as a significant theme throughout Gwendy’s Button Box. Gwendy needs everyone to accept her, and the button box offers a way for her to be above reproach. Gwendy encounters a weird man in a black top hat on her way to leave the Suicide Steps. Again, strange people in top hats are a common occurrence in Stephen King’s books. Still, I have no idea why top hats are a trigger point for the bizarre in King’s worlds, but there you go. The enigmatic man offers Gwendy a choice, take the mysterious black box with buttons, a box that Gwendy feels to the marrow of her bones that belongs to her, or don’t.

Of course, Wendy accepts the responsibility of the box. And it is a responsibility because as the story progresses, we come to understand the innate power that the box has over the universe. Triggers and switches on the box can crush whole continents, buttons, and levers can make any desire that Gwendy has come true.

Gwendy is not just some girl; she was, in a way, selected to protect the box for several years. In exchange for her acceptance and protection of the power of the box, Gwendy gets perks. She is gorgeous and healthy. Everything that she strives to do is effortless.

With an effortless existence comes a bit of ennui. What if she pulled a lever? Why does any of this matter at all? Coupled with typical teenageness, Gwendy has a difficult time controlling her impulses. That is the crux of the story more than the black button box. Given infinite power, what should Gwendy do? How does one weigh morals against exercising her power?

This is a good Stephen King story. It is also co-written with (new to me author) Richard Chizmar. An author I will be reading a lot more of this year.

Instead of gross-out scares, we have the haunting of the mind and soul, which is, I think,  way more interesting than just being scared or disgusted. King does this kind of dread well; you see it a lot in his novels. It makes me think of the existential dread many of the characters in The Stand face.