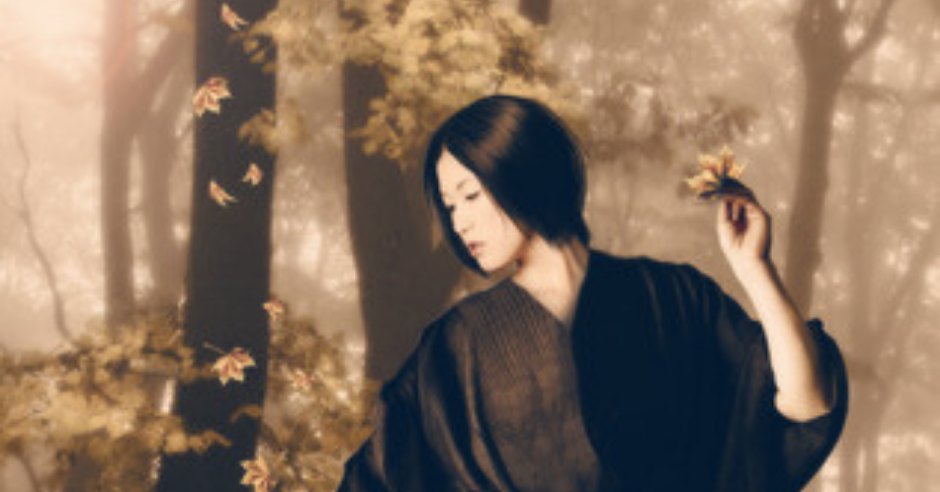 Tiger Lily is set in a world which is inspired by Japanese history and world.

But Lily was born in the year of the Tiger, and can’t ever be like other village girls. In the woods snaring rabbits one day, she finds instead the Daimyo’s son, Ashikaga, wounded, in the gooseberry brush. When the Pretender Emperor’s men arrive to kill Ashikaga, Lily, desperate, sings a forbidden Jindo song.

The song wakes a powerful spirit – as well as Ashikaga’s interest. The prickly lord has hidden secrets of his own and a burning desire to prove himself to his father. He will stop at nothing to defeat his father’s greatest enemy.

All Lily wants to do is take care of her sisters. But the Pretender-Emperor’s forces are drawing near, and now the Daimyo’s son knows she communes with Jindo gods. She wants to trust Ashikaga when he swears he will not tell her secret, but he is a noble – and Lily only a peasant. Lily’s heart is leading her down a dangerous path. She may have to defy her father, Ashikaga, and even the spirits themselves in order to defeat the Pretender-Emperor’s magic and keep safe all that she loves.

OVERVIEW/ANALYSIS: Tiger Lily is the most unique book amongst all the ten finalists. The author had remarked upon this fact when her book won a place in the finals and I wholeheartedly agree with her. From its settings to its characters, to its prose Tiger Lily sets itself apart from its contemporaries by giving us accurate descriptions and then some.

Tiger Lily is set in a world which is inspired by Japanese history and world. The author has written this story so wonderfully that one cannot help but be drawn into the story. However the one main drawback of the story is that our main character is very indecisive and anxious, to the point that she seems whiny and more than a tad annoying. Perhaps the author wanted to showcase the constraints the society placed on Lily for not conforming and for being born in the wrong year. If that was the intent, then the author succeeded in her goal wildly. The problem is that while Lily is very distraught, the readers will not enjoy her indecision and constant mental struggle.

To a large degree this book will be very polarizing for the readers. The readers who love it will love it for the gorgeous prose, the incredibly detailed world settings and the unique story, for those who didn’t enjoy it, they might blame the tepid plot pace, the indecisive protagonist and lack of action in the book. As for me while this was a unique read, it was one that didn’t set my internal senses tingling. I appreciated the effort put into the story and will be checking out the author’s other works for sure because have no doubt, K. Bird Lincoln is a very talented wordsmith. Don’t let this book’s pitfalls deter you from exploring the author’s other works (why hello urban fantasy set in Portland, you are just what I would like to read)