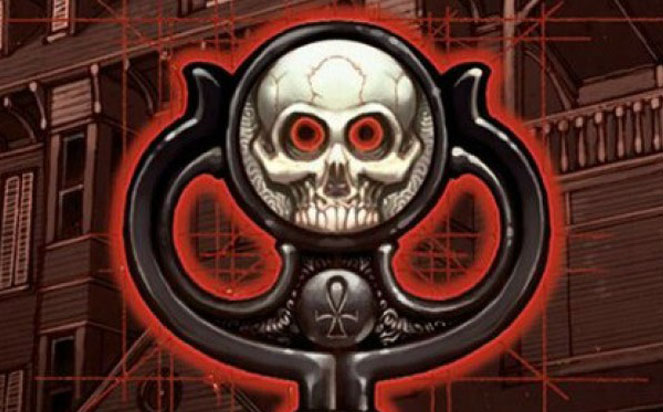 A Lovecraftian Story full of Twists and Turns

“No. You can’t understand. Because you’re reading the last chapter of something without having read the first chapter. You’re a little guy, Bode. Kids always think they’re coming into a story at the beginning, when they’re usually coming in at the end.” 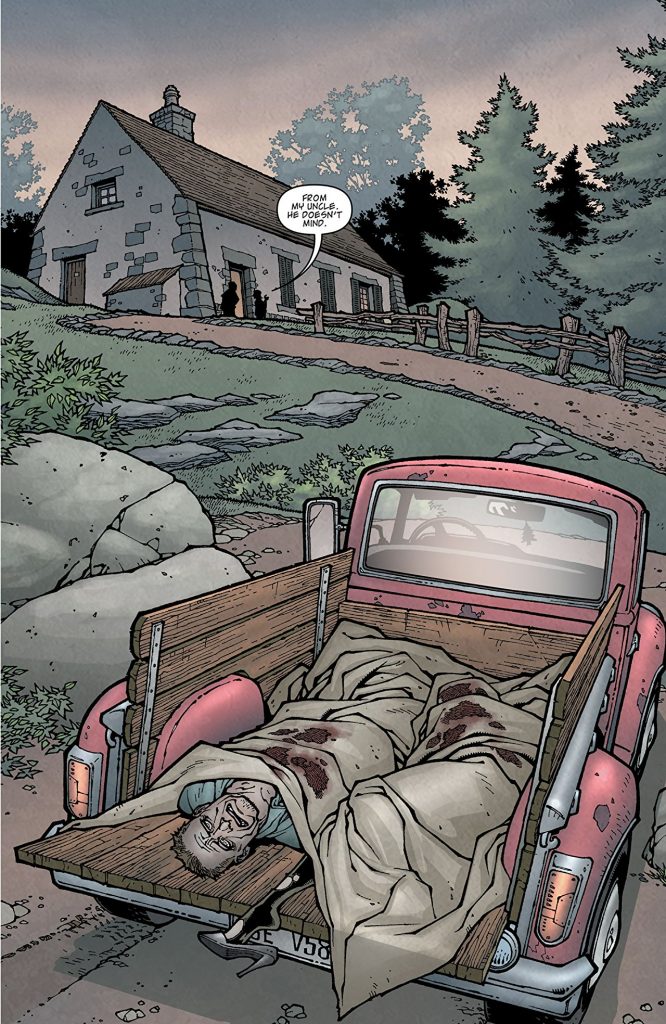 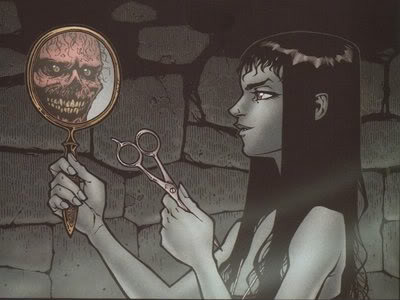 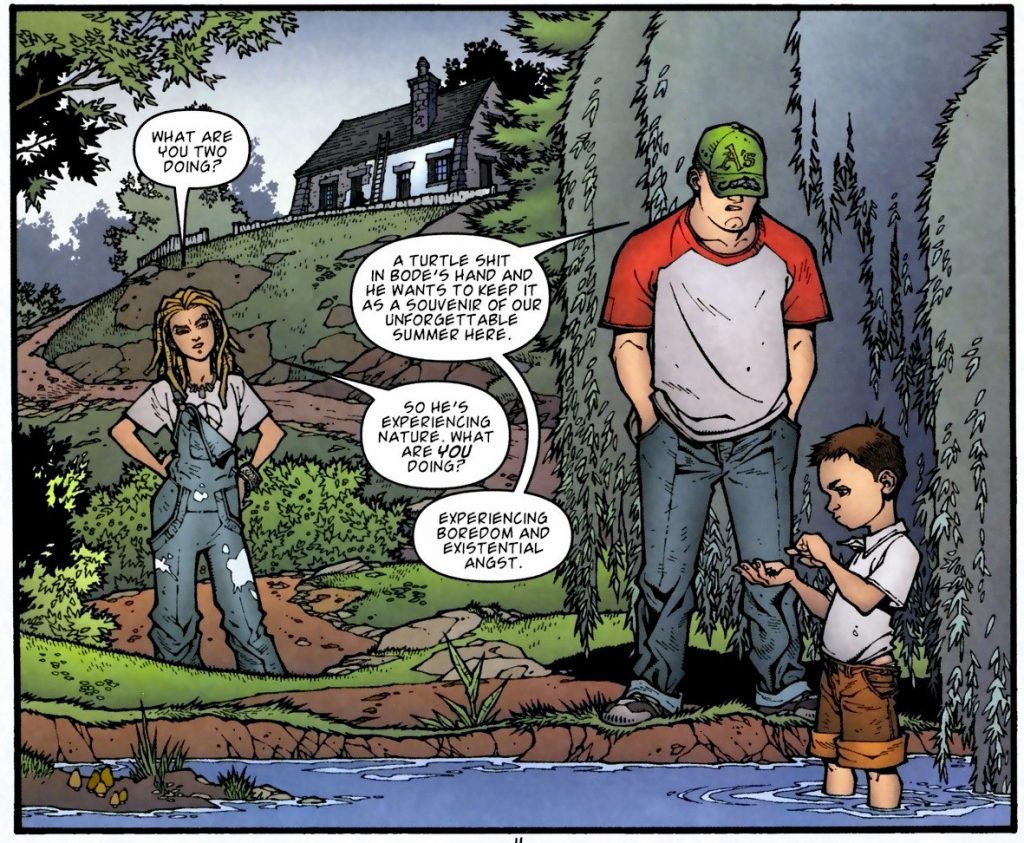 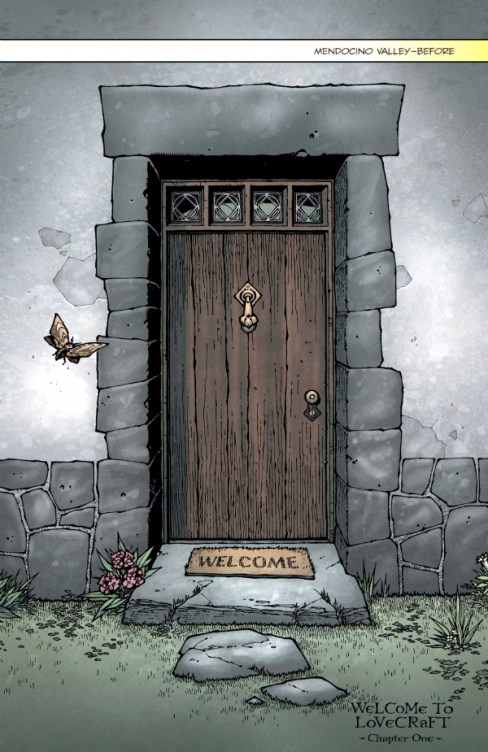 Locke & Key tells of Keyhouse, an unlikely New England mansion, with fantastic doors that transform all who dare to walk through them. Home to a hate-filled and relentless creature that will not rest until it forces open the most terrible door of them all…

Lovecraftian horror is a subgenre of horror fiction that emphasizes the cosmic horror of the unknown (or unknowable) more than gore or other elements of shock. It is named after American author H. P. Lovecraft (1890–1937).

Locke and Key is the Lovecraftian horror from the minds of Joe Hill (Heart-Shaped Box, and most recently Full Throttle) and Gabriel (Sword of the Ages).

The tricky thing about writing horror in the form of a graphic novel is that there is no curtain. There is nothing to shield you from upcoming panels, so creating suspense is very difficult. Unlike movies where the action and dialog move moment to moment or a book where you read line to line as the suspense builds. You can see everything in a graphic novel. So, for a graphic novel to increase tension and anxiety, the graphic novel needs to implore more of what happens in mind versus what you see on a page. The subtle suggestion is far scarier in this format than blatant gore, and that is what the heart of Lovecraftian horror is. No one knows precisely what Cthulu looks like, but we all think we know. It is our worse fears brought to light. Lovecraft himself described Cthulu as, “A monster of a vaguely anthropoid outline, but with an octopus-like head whose face was a mass of feelers, a scaly, rubbery-looking body, prodigious claws on hind and fore feet, and long, narrow wings behind.” The word vaguely is essential here. The reader has a general understanding, but their mind and personal experiences but twists and curves to the outline that Lovecraft built. That is what Locke and Key does, as well.

The essential story of the series is about a young family, three kids, and their mom. They are touched by violent tragedy in the form of an in-home break-in and grisly murder of the family patriarch. After the funeral and arrangements are made, the family moves to their father’s childhood home Keyhouse. Aside from the tumultuous transition of children moving school to school, city to city, Keyhouse has secrets of its own. There is an aura about the house of something darker. There are secrets yet to be unfolded. The children and mom move into the house and try to make sense of their lives without their influential father figure. Those darker things are keys that unlock specific attributes. This early in the story, Hill is introducing us to the characters. He is showing us the horror of the murder of the father. It is grisly, spoiler, it was perpetrated by a former student of the fathers. In the final panels of the first book, the youngest child Bode is out searching the grounds and familiarizing himself with his environment when he discovers the first Key. It ends on a pretty serious cliffhanger.

One of the things that immediately struck me when reading Hills, work, and specifically, his graphic novels is the restraint he uses. I alluded to it earlier when I talked about horror in mind versus fear that is shown to you. It is almost old school, Hitchcock type restraint. He lets the panels speak for themselves rather than add dialog or force a moment.

Graphically, Gabriel does a beautiful job. Although it is a particular style, if you aren’t a fan of this type of comic style, you will probably not enjoy Locke and Key. But, whether you like the style of inkwork or not, it suits Hill’s writing style and the overall theme of the story.

I recommend this with a small caveat that this book isn’t perfect. It feels like it has been cut off midstory with the cliffhanger. I found that to be an annoying point to stop the story. But otherwise, it is an excellent example of graphic novel horror and well worth the read. 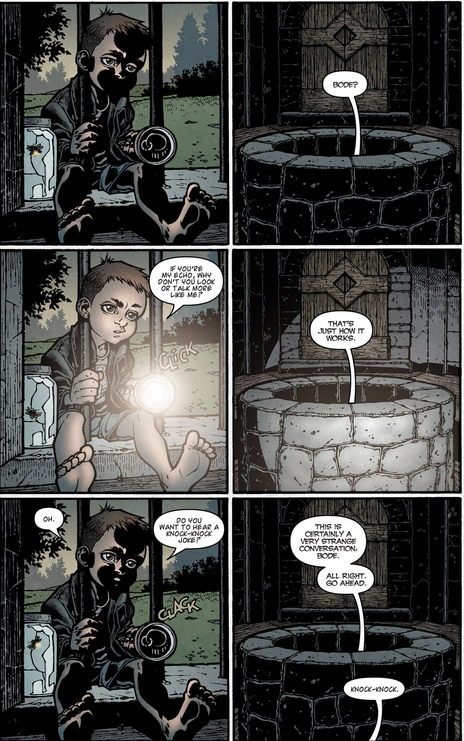 Check out the next book in the series. 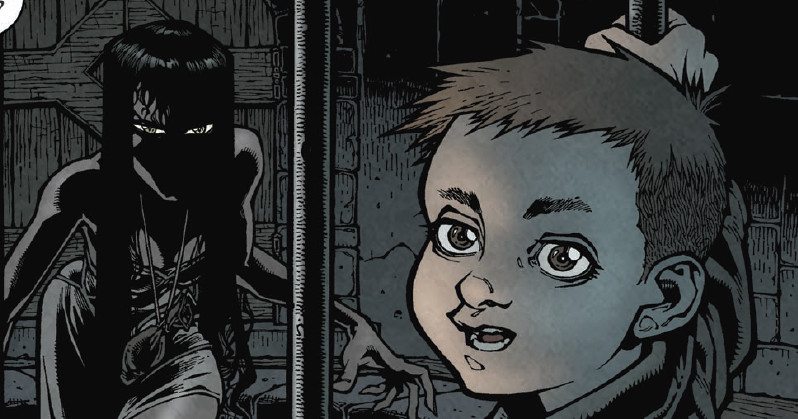 Joe Hill’s debut, Heart-Shaped Box, won the Bram Stoker Award for Best First Novel. His second, Horns, was made into a film freakfest starring Daniel Radcliffe. His other novels include NOS4A2, and his #1 New York Times Best-Seller, The Fireman… which was also the winner of a 2016 Goodreads Choice Award for Best Horror Novel.

He writes short stories too. Some of them were gathered together in his prize-winning collection, 20th Century Ghosts.

He lives in New Hampshire with a corgi named McMurtry after a certain beloved writer of cowboy tales. His next book, Strange Weather, a collection of novellas, storms into bookstores in October of 2017.