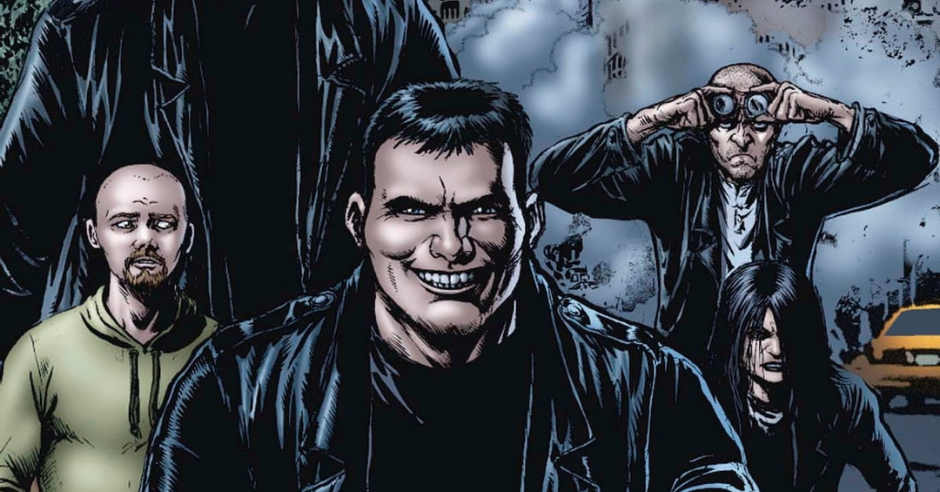 “Remember the seven Ps. Seven what? Proper preparation and planning… Prevent piss-poor performance.” ― Garth Ennis, The Boys, Volume 1: The Name of the Game

From the publisher, “THIS IS GOING TO HURT! In a world where costumed heroes soar through the sky and masked vigilantes prowl the night, someone’s got to make sure the “supes” don’t get out of line. And someone will. Billy Butcher, Wee Hughie, Mother’s Milk, The Frenchman, and The Female are The Boys: A CIA backed team of very dangerous people, each one dedicated to the struggle against the most dangerous force on Earth-superpower. Some superheroes have to be watched. Some have to be controlled. And some of them-sometimes-need to be taken out of the picture That’s when you call in THE BOYS”

My Thoughts on The Boys

“As the old saying goes: With great power comes the total fuckin’ certainty that you’re gonna turn into a cunt.”
― Garth Ennis, The Boys, Volume 9: The Big Ride

The Boys is a hefty series written by Garth Ennis and Darick Robertson. Ennis, of “Preacher” fame, that “blows the bloody doors off” of the Superhero genre. This is not your tidy and inoffensive Superman story. Rather, this is bloody, gory, disgusting, and brutal.  It is repulsive, but in typical Ennis style, the reader can not turn away.

This story takes the adage of absolute power corrupting and applies it to superheroes.  The superheroes in this story are called The Seven, which is a nod to the Justice League, and are your basic despotic, raping, and pillaging psychopaths. They kill for the fun of it, lord over humans, live to the excess and are generally horrible but powerful human beings.  In turn, the book explores governments’ and by extension societies’ response to the superheroes with a band of misfit black ops soldiers of varying degrees of sociopathic and homicidal tendencies. They, too, are extremely screwed up in exciting and equally terrifying ways. Their sole purpose is to keep the “supes” in check.  In the center of all this is a sweet and goofy love story. No really, I am serious. Ennis makes it work and it is awesome.

The plot follows The Boys through a series of screwed-up interactions with superheroes. The Boys “manage, police, and sometimes liquidate Vought-American’s superhumans,” so that is what they do. They attempt to keep the supes in check, things go awry, there is much sex and death, people die in awful ways, and there is always another superhero to stop.  Neither side can claim the moral high ground.  Through the series, we learn the backstory about why The Boys are the way they are, and why each of them has a reason to hate supes. We have a much richer picture of The Boys and some closure to the story by the end. It would be exhausting if the writing and art weren’t so good.

The Art and Execution

The art is a very “Marvel comic” style, purposely drawn to convey the superhero motif. The supes and their world are drawn and colored to emphasize the grandness and gaudiness of the superhero world. Versus The Boys who are dark and melancholic.

Typical of Garth Ennis’s style, the writing is large, precise, and excessive. If you are familiar with Preacher, you will be familiar with his style. This is a hard book. It is full of sex, and violence to the extremes. If this bothers you, maybe look for something from a different author.  But for me, this severity and excessiveness are part of its charm. Superheroes are maniacs at their core. This book acts on the extremes of superheroes with extreme characters in retaliation. Who else could keep superheroes in check than people with nothing to lose except their own personal moral code?

Check Out The Boys