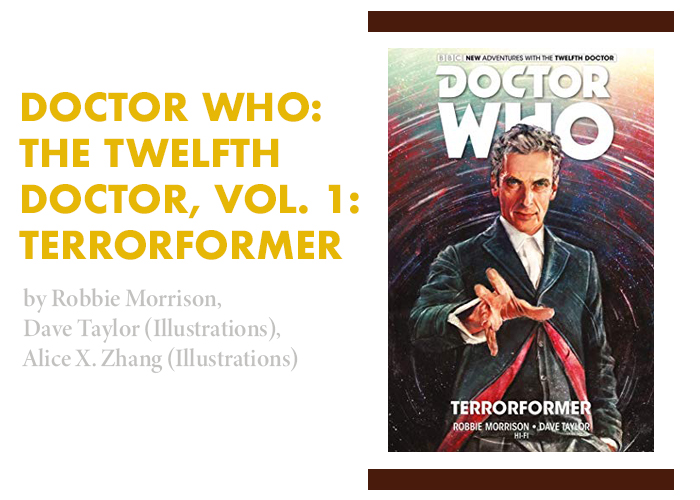 Two Episodes of Dr. Who For the Discerning Whovian

“Cross the void beyond the mind

The empty space that circles time

I see where others stumble blind

To seek a truth they never find

Eternal wisdom is my guide

On the terraformed ice planet of Isen IV, the Doctor and Clara discover a monstrous Hyperion has been awakened at the planet’s core. Can they halt the rampage of a living star, in the middle of the celebrity wedding of the century, before it escapes to conquer the galaxy?

And when Clara and the Doctor land in India, a conspiracy hundreds of years in the making comes to light! The Thuggee cult of Kali is trying to resurrect one of the most deadly aliens yet known… Split across two time zones, our heroes must stop Kali’s return at all costs – with the help of Rani Jhulka, ‘the renegade Amazon’ in the 1820s, and Priyanka Maratha, daughter of one of the Doctor’s oldest friends, in the Mumbai of 2314!

Collects Doctor Who: The Twelfth Doctor #1-5 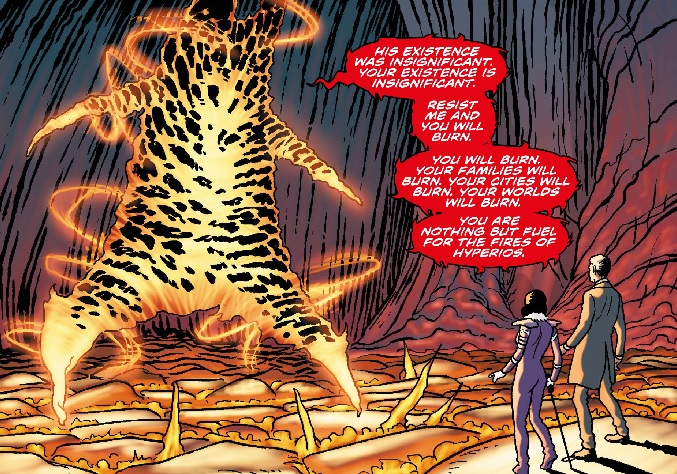 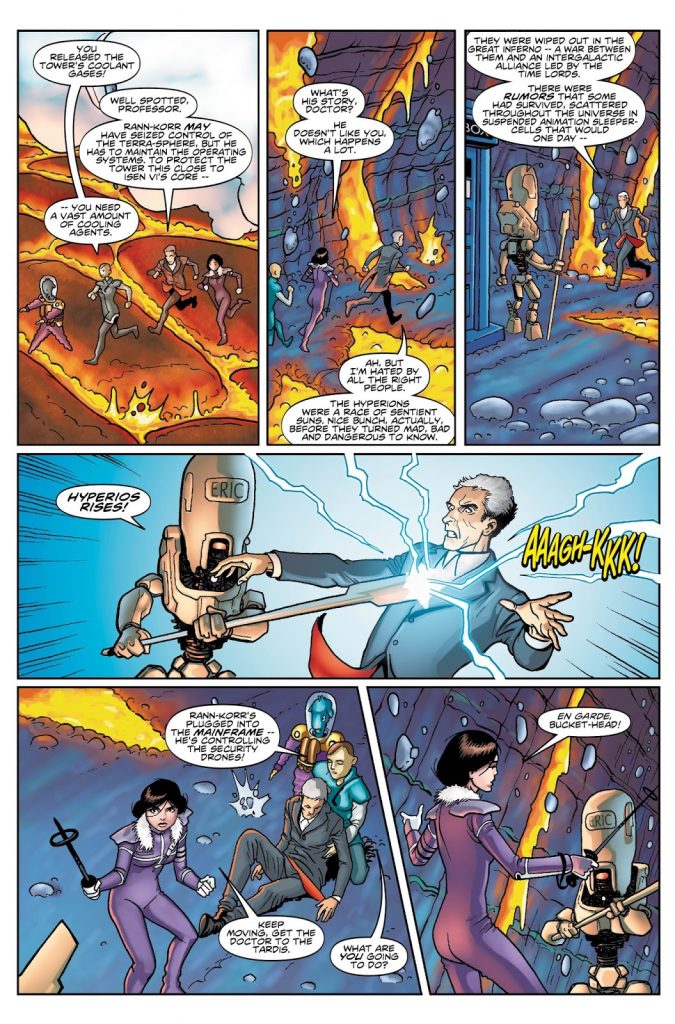 This is a fun romp through two Dr. Who episodes, one episodes involves sentient sun creatures, the other episode involves time and India. Was it perfect? No, but for the discerning Whovian, this was a fun romp with the doctor. The characterizations where pretty good. Peter Capaldi’s Doctor is done rather well, you get the gruffness and snark. Clara is whiny and snarky as usual. The artwork for the two stories was decent although I think the quality fell off sharply at the end of the first story. There are plenty of the usual one liners that add just enough of cheek to know that you are, in fact, in an episode of Dr. Who.

Overall this was a fun read and I recommend it. Plus, next to David Tennant, Peter Capaldi is my favorite doctor so it was fun to see him in this format. Check it out. 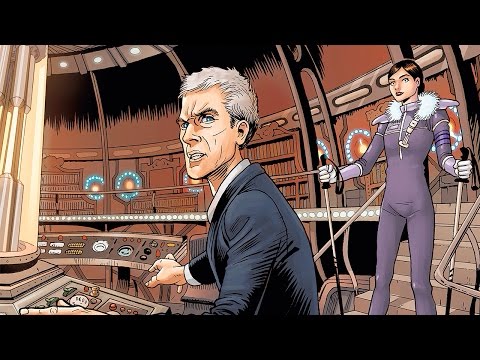 “My voyage dissects the course of time

“Who knows?,” you say
But are you right?
Who searches deep to find the light
That glows so darkly in the night
Toward that point I guide my flight

As fingers move to end mankind
Metallic teeth begin their grind
With sword of truth I turn to fight
The satanic powers of the night
Is your faith before your mind?
Know me
Am I the Doctor?“ 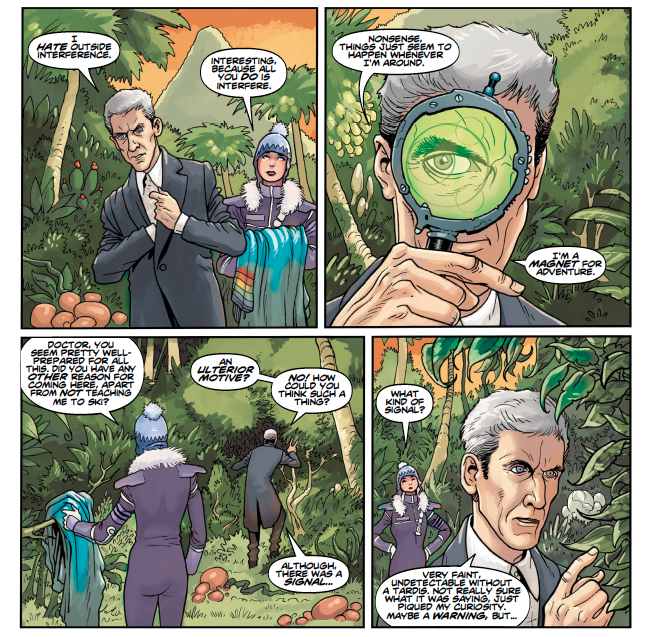 ABOUT THE AUTHOR – Robbie Morrison 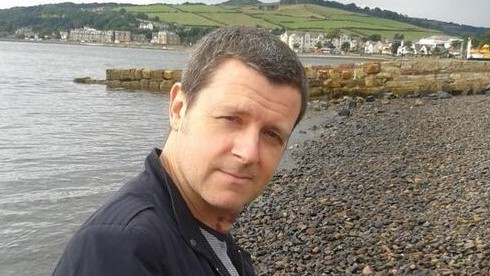