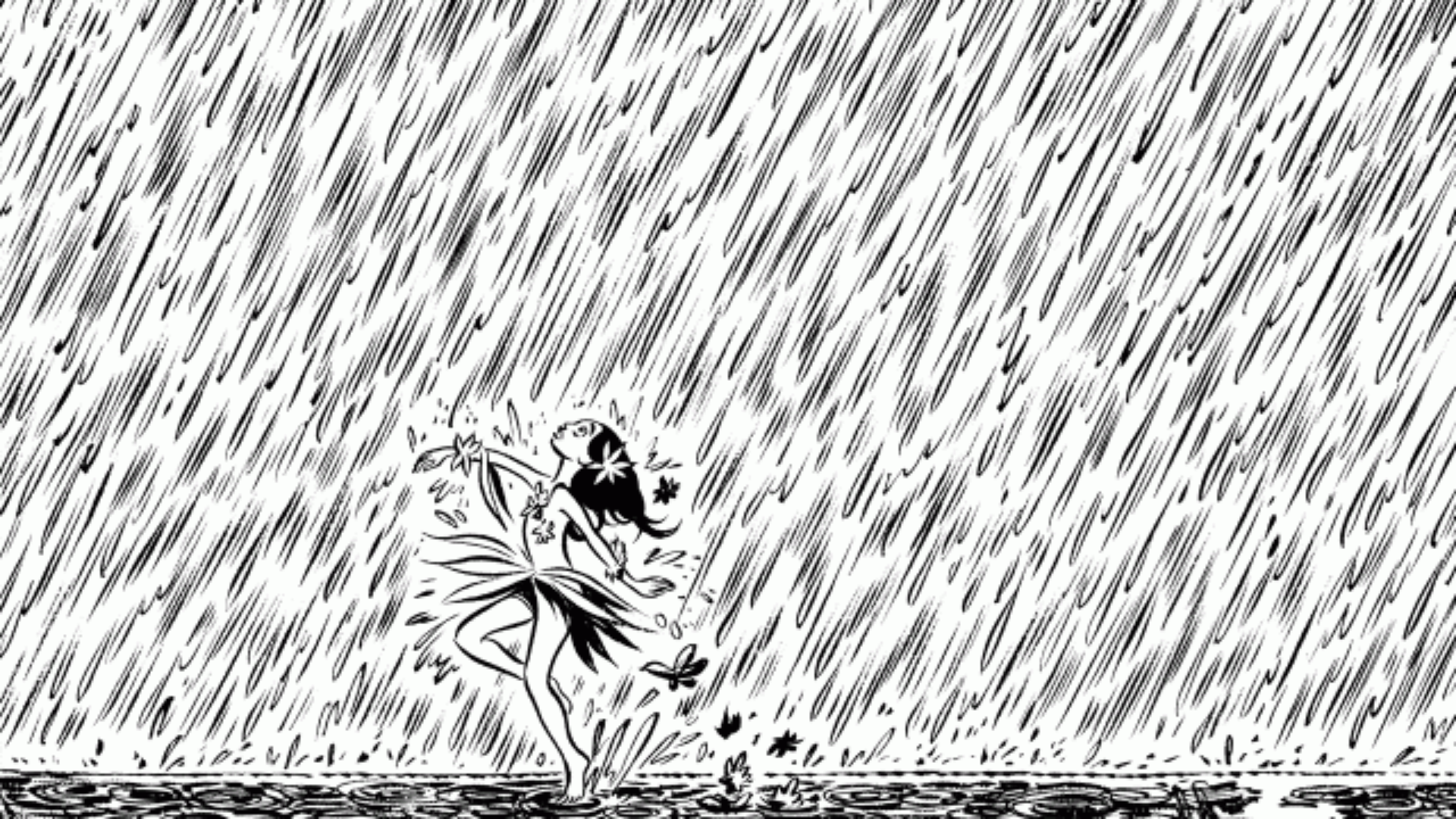 “The Sufi saint Rabi’a Al-Adawiyya was seen carrying a firebrand and a jug of water – the firebrand to burn Paradise, the jug of water to drown Hell…

So that both veils disappear, and God’s followers worship, not out of hope for reward, nor fear of punishment, but out of love.”
― Craig Thompson, Habibi

“From the From the internationally acclaimed author of Blankets (“A triumph for the genre.”—Library Journal), a highly anticipated new graphic novel.

Sprawling across an epic landscape of deserts, harems, and modern industrial clutter, Habibi tells the tale of Dodola and Zam, refugee child slaves bound to each other by chance, by circumstance, and by the love that grows between them. We follow them as their lives unfold together and apart; as they struggle to make a place for themselves in a world (not unlike our own) fueled by fear, lust, and greed; and as they discover the extraordinary depth—and frailty—of their connection.

At once contemporary and timeless, Habibi gives us a love story of astounding resonance: a parable about our relationship to the natural world, the cultural divide between the first and third worlds, the common heritage of Christianity and Islam, and, most potently, the magic of storytelling.”

When trying to make an argument about why graphic novels are richer, deeper, and more complex than the spandex-clad superhero saving the day; this is the book I hand you. A tome that is nearly 700 pages long and it is filled to the brim with an intricately woven tapestry of middle eastern lore, myth, and culture. It isn’t perfect, but it is incredible.

First, let us talk about the good and when I say it is good, it is really good. This book, if it is anything else is an ode to calligraphy. Calligraphy or caligraphic images permeate the story and the pages. The shape of calligraphic characters is just as important as the number itself.  The flow and richness of characters and words change form with the direction of the plot. For example, The word for bird changes the shape of the characters and flows into the shape of an actual bird. Caligraphy fills the scenes, gives shape to the plot, gives meaning to the characters struggles, and fleshes out their personality.  The abstractions are weighty and deep but at the center of the swirling calligraphy is a love story. One that spans decades.

It revolves around Dodola and Zam. Two individuals who at the beginning of the story are eking out an existence on a ship buried in the sand stranded in the desert. To feed them, Dodola prostitutes herself out to traveling caravans to bring food to their home. Zam is said to have the power to find water so his family job is to bring water home to them. Both jobs are equally necessary and symbolic in keeping them alive. Like two halves of a coin, this duality is present in much of the book. Armstrong deftly jumps from character to character creating this universe that they live by switching back and forth chapter by chapter. As the story progresses Dodola and Zam are parted after Zam witnesses Dodola getting raped. Zam, contextually, does not understand what he has seen so he renders himself psychologically. This culminates in a choice that he can never come back from.

After their parting, each individual desperately yearns to be with the other so that they are complete. By themselves, they represent only half a person or half a soul. Again the theme of duality is present.

It is hard to believe that Craig Thompson does not know calligraphy, nor has he extensively traveled the middle east. His book is a love note to the beauty of calligraphy as much as it is anything else.

Let’s talk about the not so good. This book is long. Exhaustingly over-long. Even worse, it is so intricately detailed that putting it down will culminate in a lost plot for the reader. I feel like he suffers from what I call Jordanism. Aptly named for Robert Jordan who can never get to the damn point. For me, it was too many side stories and rehashing of similar events. But It could have been edited down and it still would have punched me in the gut. But exhaustive detail is an Armstrong characteristic. It was present in “Blankets” and it is present here. It isn’t bad, just know what you are in for.

Also, there have been write-ups about this being orientalism. I am not going to pretend that I can talk about that effectively. I do not have the experience to be able to relate or review it in that light. However, if you are interested there are scads of articles written about that and regarding Armstrong’s other works. Check it out.

By the end of this book, I guarantee it will be like nothing that you have read before. Whether classifying it as a love story, religious text, or historical doctrine; the story will resonate.  Just know what you are in for. You will be rung out by the end of it.