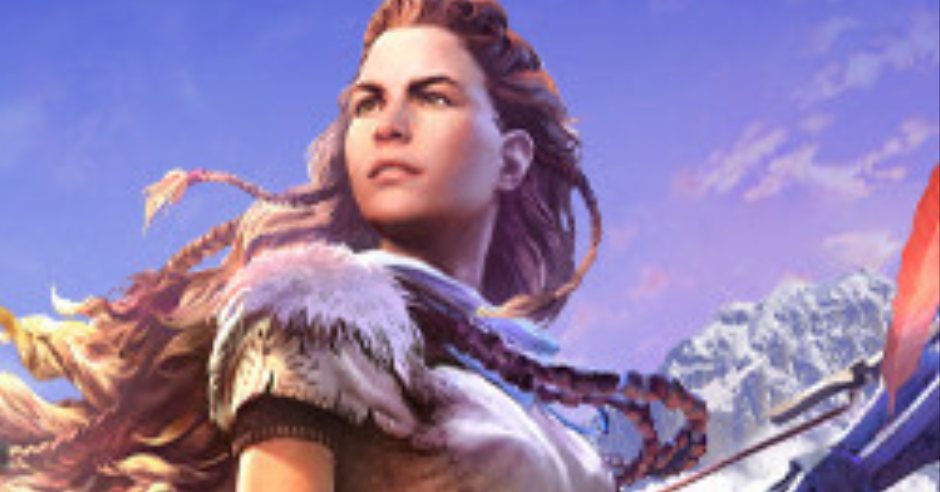 The graphics are beautiful, the characters likable, and the worldbuilding is good.

HORIZON: ZERO DAWN is a game that has already been talked about extensively and has deservedly received many accolades. It’s a video game with an inherently fun premise: what if you were a cute redheaded bow-wielding girl who fought robot dinosaurs? Turok: Dinosaur Hunter plus Brave. It’s a pretty hard to screw up formula and one that seems like would be a can’t miss. It wasn’t either, I finished the game as well as its DLC after all, but it did have some flaws.

The premise is Aloy (Ashly Burch) is an outcast of the Nora tribe due to mysterious circumstances. Raised by a fellow outcast named Rost. Aloy grows up disdainful and angry at the Nora for their treatment of her while Rost attempts to teach her to be respectful of the All-Mother as well as their traditions. Also, to fight robot dinosaurs. What is revealed fairly early is this is a post-apocalypse setting where robotic machines have taken over a vastly-changed Earth. Like the Last of Us with robots instead of mold.

Aloy manages to find a loophole around her outcasting by competing in the games to join the Nora’s warriors. Things proceed to go catastrophically wrong and our heroine soon finds herself on a quest to find out her origin, save the world, and avenge an attack made on her tribe. Well, as much as Aloy can really be called a Nora since she utterly despises them and finds the entirety of their traditions to be ridiculous. It’s a coming-of-age story with lots more arrows and huge monsters to kill across a massive open-world map.

If you want to know what Horizon Zero Dawn is like, it’s basically an Ubisoft game despite being published by Sony. There’s a wide-open map filled with stuff to collect, explore, and kill. The game feels a bit like a 3rd person Far Cry as you’re always crafting new arrows or pouches from the things you hunt. Instead of going up radio towers, though, you find yourself climbing the top of giant long-necked robot dinosaurs and that does improve the experience. There’s also only one type of gun and it is vastly less fun to use than your various kinds of arrows.

Gameplay-wise, I’d best describe Horizon: Zero Dawn as serviceable. I never disliked being Aloy, though the easiest modes are “too” easy and this is a rare game I’d say to play on normal for casuals like myself. I also feel like the game’s inventory system is flawed as the barter economy means that while most things can be bought with metal shards, you also need to have the specific kind of robot part you need to get anything good.

Story-wise, I have to give Horizon: Zero Dawn some props for an interesting world. Ironically, I didn’t actually care that much for the post-apocalypse element. Aloy must solve the “mystery” of Project: Zero Dawn and how she relates to the mysterious Doctor Elizabeth Sobek. Truth be told, I was much more interested in the setting in the present-day. I liked learning about the Nora, Carja, and Banuk peoples over finding out exactly how a bunch of idiots in our time killed everyone.

There’s some great world-building in establishing the post-apocalypse setting with its tribalistic Nora, Aztec-like Carja, and Inuit-like Banuk. Those are the cultures I enjoyed learning about and their politics were actually fascinating. Unfortunately, I do feel like Aloy herself feels a bit dissonant from these elements. She acts more like a 21st-century woman rather than someone raised in a tribal environment (or at least its edge). She’s a little too snarky, irreverent, and materialist to be believable.

In conclusion, Horizon: Zero Dawn is an entertaining and enjoyable game but it doesn’t feel like an awesome elevation of the genre either. The graphics are beautiful, the characters likable, and the worldbuilding is good. However, the game seems like we should be more interested in how the world was destroyed than we are. The big “revelation” about it isn’t really that interesting either. It’s worth a play but I’d say it’s also not an amazing game either.