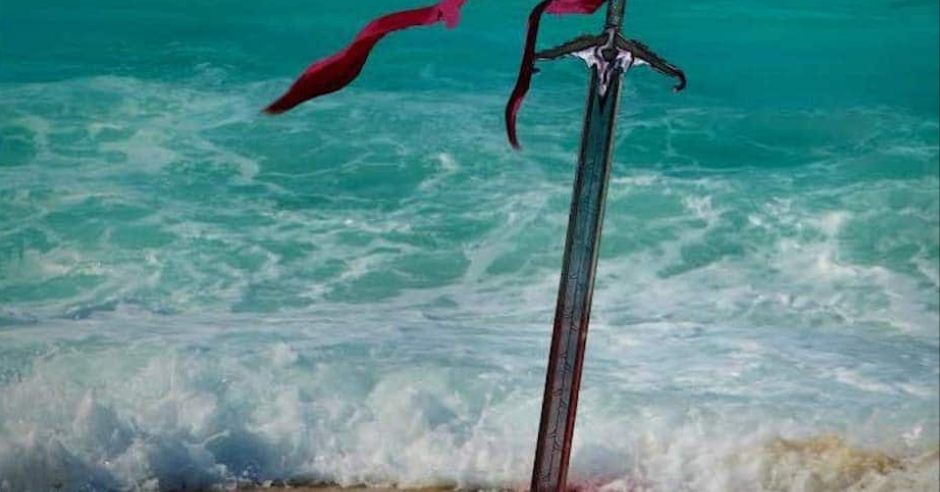 Kindle Unlimited is either a feast or a famine when it comes to enjoyable content. For every awesome book among its ranks, there are about a dozen that…aren’t. However, there’s some diamonds in the rough and I thought I would share a few of my favorites with you. Indeed, if this proves a popular segment, it may become a regular part of the Before We Go blog.

Starship’s Mage is a lengthy series about the adventures of a sorcerer in the future anmed Damien Montgomery. In the future, faster-than-light travel is achieved through magic and most of the high-paying jobs are monopolized by the aristocrats among them. Damien finds himself on a blacklisted cargo ship and soon ends up on a wild adventure fleeing pirates, crime lords, slavers, and mage-hunting lunatics. I really enjoyed this series and binged a dozen books in the series over the course of a week.

In a galaxy tied together by the magic of the elite Jump Magi, Damien Montgomery is a newly graduated member of their number.

With no family or connections to find a ship, he is forced to service on an interstellar freighter known to be hunted by pirates.

When he takes drastic action to save the “Blue Jay” from their pursuers, he sets in motion a sequence of events beyond his control – and attracts enemies on both sides of the law!

I had a lot of fun with Shadow City, which seems to be a book homaging open world video games like Fallout 3 and Dying Light. Colton arrives naked and confused about how the world has changed since the Glitch that plunged it into an eternal hot night. Cyborgs, vampires, angels, and demons are all factions in this delightfully bonkers post-apocalypse adventure novel.

I’m a huge fan of M.L. Spencer’s Rhenwars Saga that deconstructed your typical Chosen One and epic fantasy narrative. However, I think I enjoyed Dragon Mage even more. An autistic mage is taken prisoner by an oppressive parasitic government that requires the blood of beings like him to work their own sorcery.

Escaping with the help of his friend, the young mage soon finds himself seeking out a group of dragon-riding rebels who may the last group able to stop the baddies. A classic fantasy homage every bit as faithful as Rhenwars Saga was brutal.

Aram Raythe has the power to challenge the gods. He just doesn’t know it yet.

Aram thinks he’s nothing but a misfit from a small fishing village in a dark corner of the world. As far as Aram knows, he has nothing, with hardly a possession to his name other than a desire to make friends and be accepted by those around him, which is something he’s never known.

But Aram is more. Much, much more.

Unknown to him, Aram bears within him a gift so old and rare that many people would kill him for it, and there are others who would twist him to use for their own sinister purposes. These magics are so potent that Aram earns a place at an academy for warrior mages training to earn for themselves the greatest place of honor among the armies of men: dragon riders.

Aram will have to fight for respect by becoming not just a dragon rider, but a Champion, the caliber of mage that hasn’t existed in the world for hundreds of years. And the land needs a Champion. Because when a dark god out of ancient myth arises to threaten the world of magic, it is Aram the world will turn to in its hour of need.

Another author I absolutely love the works of is Drew Hayes. Fred the Vampire Accountant, Superpowered, and Villain’s Code all could have gone here but it’s the latter that won out. In a superhero filled world, there’s a truce between superheroes and supervillains. As long as the latter avoid involving civilian casualties and follow certain rules, they don’t go all out against one another. A young superscientist has recently joined the baddies and is certain this is what she wants to do with her life–right before the entire system collapses.

Gifted with metahuman powers in a world full of capes and villains, Tori Rivas kept away from the limelight, preferring to work as a thief in the shadows. But when she’s captured trying to rob a vault that belongs to a secret guild of villains, she’s offered a hard choice: prove she has what it takes to join them or be eliminated.

Apprenticed to one of the world’s most powerful (and supposedly dead) villains, she is thrust into a strange world where the lines that divide superheroes and criminals are more complex than they seem. The education of a villain is not an easy one, and Tori will have to learn quickly if she wants to survive.

On top of the peril she faces from her own teacher, there are also the capes and fellow apprentices to worry about, to say nothing of having to keep up a civilian cover. Most dangerous of all, though, are those who loathe the guild’s very existence. Old grudges mean some are willing to go to any length to see the guild turned to ash, along with each one of its members. Even the lowly apprentices.

The best Kindle Unlimited work I’ve ever read is probably this book. The trilogy of books is epic fantasy of a George R.R. Martin-esque quality and actually was enjoyable to me as some of the early A Song of Ice and Fire books. The story follows three protagonists with Ruka, a Caliban-esque deformed savage who wants to lead his people to a more fertile land, Prince Kane who is so spoiled he doesn’t even realize his privilege, and Dale, a priestess from common stock ready to overthrow the old system. Truly excellent storytelling and easily worth the no. 1 spot on this list.

A deformed genius plots vengeance while struggling to survive. A wastrel prince comes of age, finding a power he never imagined. Two worlds are destined to collide.

Only one can be king.

Ruka, called a demon at birth, is a genius. Born malformed and ugly into the snow-covered wasteland of the Ascom, he was spared from death by his mother’s love. Now he is an outcast, consumed with hate for those who’ve wronged him. But to take his vengeance, he must first survive. Across a vast sea in the white-sand island paradise of Sri Kon, Kale is fourth and youngest son of the Sorcerer King.

And at sixteen, Kale is a disappointment. As the first prince ever forced to serve with low-born marines, Kale must prove himself and become a man, or else lose all chance of a worthy future, and any hope to win the love of his life. Though they do not know it, both boys are on the cusp of discovery. Their worlds and lives are destined for greatness, or ruin.

But in a changing world where ash meets paradise, only one man can be king… The first installment of an epic, low- fantasy trilogy. Kings of Paradise is a dark, bloody, coming-of-age story shaped by culture, politics, and magic.

Check out some of our other posts

Romancing the Fantasy by Grace Draven