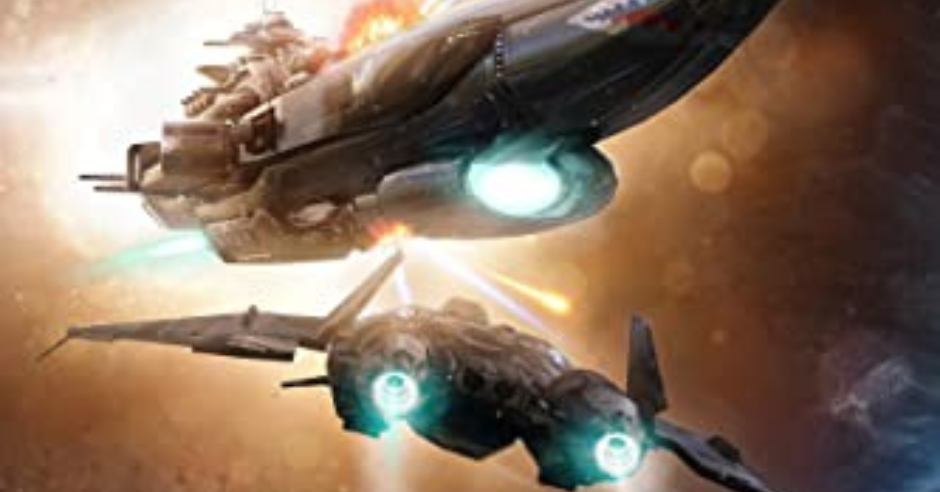 Kindle Unlimited is a service that can theoretically provide you with limitless numbers of books for the price of one normal release every month. This is a tremendous blessing for those of us who are fast readers. I pretty much have read every single Red Sonja comic ever written thanks to Dynamite Entertainment putting almost all their comics on the service. 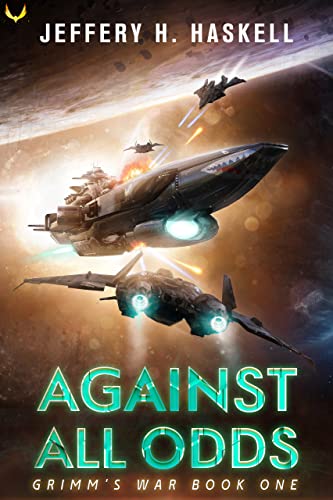 Space Opera is one of my favorite genres and I hate that it’s so hard to seperate the wheat from the chafe. Against All Odds is about the heroic adventures of a space captain named Jacob Grimm, who finds himself unfairly blamed for a war crime. I really enjoy Jeffrey Haskell’s writing style and he manages to create a easy-to-understand as well as well-written setting for his characters to tool around in.

About Against All Odds

The wrong crew. The wrong ship. The right Captain.

Idealistic navy lieutenant Jacob Grimm just wanted to honor his mother’s sacrifice in the last great war. When he’s forced to return fire and destroy a squadron of ships to save his own, he thinks he’s the hero…

Until they discover the ships are full of children.

Disgraced and denied promotion, Jacob’s career is over. That is until the head of ONI needs a disposable officer to command a battered destroyer on the rim.

There’s just one problem, Interceptor hasn’t had a CO in months and the ship is a mess. Worse, the system he’s assigned to is corrupt and on the verge of all-out civil war with the Alliance.

However, no one told Jacob he was disposable.

Pirates, smugglers, and Caliphate spies complicate the situation and one captain with an old ship can’t enforce the law, let alone stop anyone.

The single greatest discovery of all time is about to change intergalactic politics forever. If Jacob doesn’t find a way to succeed, then it won’t just be the end of the Alliance, it will be the end of freedom for humanity. 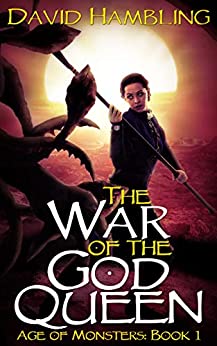 The War of the God Queen

War of the God Queen is a semi-sequel to the horror novel The Dulwich Horror. Despite this, you don’t need to read the latter to understand the former. Basically, Jessica is a young woman from the 1920s who finds herself involuntarily transported back to the Bronze Age where the spawn of Cthulhu reign. Not wanting to become one of their slaves, she stages a breakout for other time-lost slaves to wage war against the Spawn. I really enjoyed it.

About War of the God Queen

Jessica: a modern woman, thrown back into the bronze age, alone and lost among a strange people.

Amir: a nomad warlord, fighting a hopeless battle against monstrous invaders, looking for a miracle to save his people.

To Amir, the beautiful stranger is a sign from heaven. And Jessica, though no warrior, has hidden talents even she does not appreciate. When Jessica recruits other women abducted through time, they find ways to fight back against the seemingly invulnerable Spawn, and wage a war like nothing ever seen — with the future of humanity at stake. But the Spawn are not Jessica’s only problem…

You’ll love this epic fantasy driven by characters facing the challenge of becoming what they could only dream. 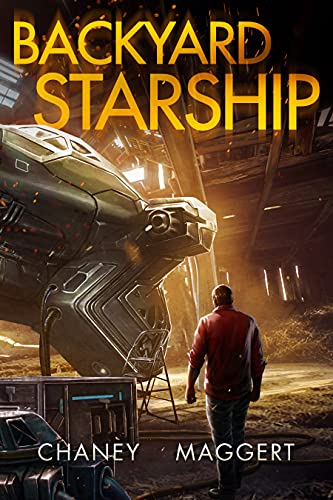 Val Tudor is an ordinary guy, as much as ex-Army Intelligence officer can be, when he receives word his grandfather has died. Much to his surprise, in the barn behind the house, Val discovers that his grandfather left him a starship as well as remit to become a galactic peacekeepers. Basically, the FBI of the galaxy. The books are procedural space adventures and I really enjoy them.

When Van Tudor returns to his childhood home, he inherits more than the family farm.

His grandfather used to tell him fantastic stories of spacemen and monsters, princesses and galactic knights. Little did Van realize, the old man’s tales were more than fiction. They were real.

Hidden beneath the old barn, Van’s legacy is waiting: a starship, not of this world.

With his combat AI, an android bird named Perry, Van takes his first steps into the wider galaxy. He soon finds that space is far busier and more dangerous than he could have ever conceived.

Embark on the adventure of a lifetime with USA Today Bestselling Author J.N. Chaney and Terry Maggert in this brand new science fiction series. If you’re a fan of found spaceships and galactic quests for glory, this might just be the story you’ve been waiting for. 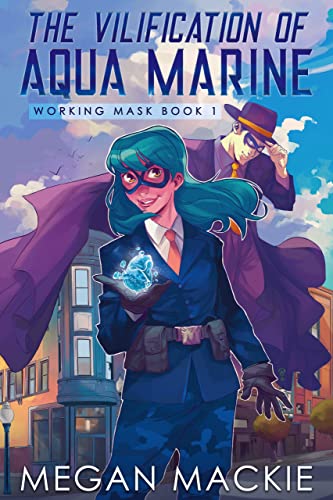 The Vilification of Aqua Marine

I’m a big fan of superhero literature and am always willing to give them a chance. In this case, Aqua Marine is a young woman who is the daughter of the world’s most infamous supervillain and wants to be a hero. Unfortunately, her powers absolutely suck and she’s only able to manipulate a cup of water’s worth at a time. A chance encounter with a handsome supervillain almost kills him and

About The Vilification of Aqua Marie

Despite Aqua Marine’s super lineage, this wannabe superhero can only control a cup of water at a time. Not very effective as far as superpowers go. Never mind being able to stop the new nefarious villain, The Overlord of the Dance from taking over part of the city.

That is until she discovers there is a cup of water in the human heart when she accidentally blows his out.

Now her villainous mother wants her to join the League of Extraordinary Evil.

Aqua Marine would like to hide under a rock.

And Overlord of the Dance is apparently not quite dead yet, and he would like to have a word with her about becoming his new nemesis.

If the road to hell is paved with good intentions, Aqua Marine’s is a slip and slide, with capes. 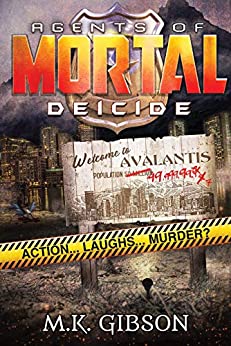 I’m a big fan of MK Gibson and his various series. So I was very interested in this story as well as its unusual setting. Basically, Alaska has been turned into a preserve for all of the world’s fairies and supernatural creatures including gods. Unfortunately, due to the fact the government sucks, humans are still expected to police them. This is the job of MORTAL and they are more like the cast of Reno 911 rather than a deadly efficient spy agency. It’s funny and good for an afternoon’s read.

About Agents of MORTAL

What happens when all the myths, legends, and things that go bump in the night come out to the world as real? Well, the world does as it always does: It rejected them.

Welcome to Avalantis, Alaska, the world’s first supercity with over 50 million myth and mundane citizens and home of those rejected by society. Although due to pesky things like murder end explosions, there are a few fewer citizens. When the former Greek god Hermes dies, three unusual cops from the Avalantis PD are recruited into a secret organization known as MORTAL, who has apparently been watching the Myths for longer than mankind realizes.