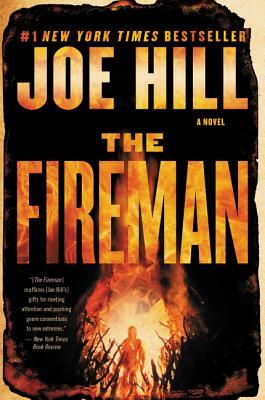 Harper Grayson had seen lots of people burn on TV, everyone had, but the first person she saw burn for real was in the playground behind the school. Schools were closed in Boston and some other parts of Massachusetts, but here in New Hampshire they were still open. There had been cases in New Hamp- shire, but only a few. Harper had heard that half a dozen patients were being held in a secure wing of Concord Hospital, looked after by a medical team outfitted in full-body protective gear, every nurse armed with a fire extinguisher. Harper was holding a cold compress to the cheek of a first grader named Ray- mond Bly, who had caught a badminton racquet in the face. There was always one or two each spring when Coach Keillor broke out the badminton racquets. Without fail, he told the kids to walk it off, even when they were holding a handful of their own teeth. One of these days she wanted to be there to see him take a badminton racquet in the nuts, just so she could have the pleasure of telling him to walk it off.

Joe Hill is an amazing writer. “To everyone else it’s Dragonscale, a highly contagious, deadly spore that marks its hosts with beautiful black and gold marks across their bodies—before causing them to burst into flames. Millions are infected; blazes erupt everywhere. There is no antidote. No one is safe.” I mean how cool is that. Dragonscale that bursts into flame.