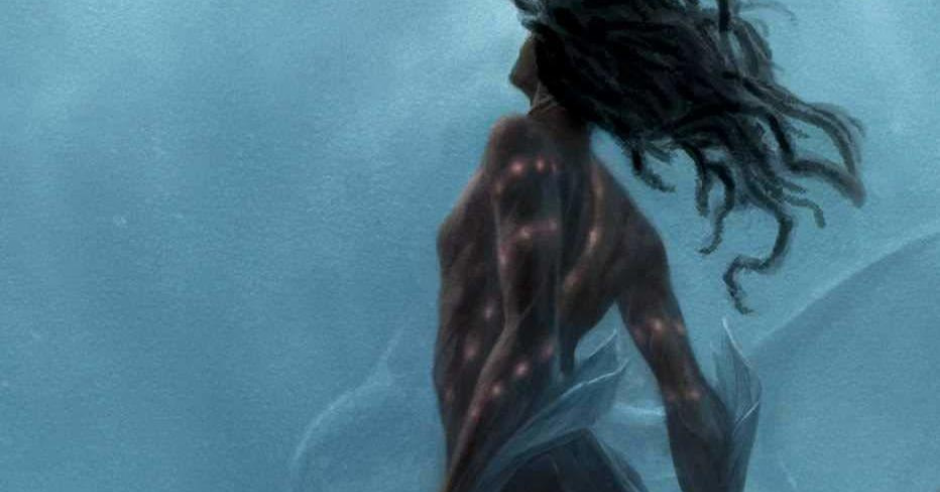 “What is belonging?” we ask. She says, “Where loneliness ends.”

What is The Deep ABout?

The water-breathing descendants of African slave women tossed overboard have built their own underwater society—and must reclaim the memories of their past to shape their future in this brilliantly imaginative novella inspired by the Hugo Award nominated song “The Deep” from Daveed Diggs’ rap group Clipping.

Yetu holds the memories for her people—water-dwelling descendants of pregnant African slave women thrown overboard by slave owners—who live idyllic lives in the deep. Their past, too traumatic to be remembered regularly, is forgotten by everyone, save one—the historian. This demanding role has been bestowed on Yetu.

Yetu remembers for everyone, and the memories, painful and wonderful, traumatic and terrible and miraculous, are destroying her. And so, she flees to the surface, escaping the memories, the expectations, and the responsibilities—and discovers a world her people left behind long ago.

Yetu will learn more than she ever expected to about her own past—and about the future of her people. If they are all to survive, they’ll need to reclaim the memories, reclaim their identity—and own who they really are.

Inspired by a song produced by the rap group Clipping for the This American Life episode “We Are In The Future,” The Deep is vividly original and uniquely affecting.

“IT WAS LIKE DREAMING,” SAID Yetu, throat raw. She’d been weeping for days, lost in a remembering of one of the first wajinru.
“Then wake up,” Amaba said, “and wake up now. What kind of dream makes someone lurk in shark-dense waters, leaking blood like a fool? If I had not come for you, if I had not found you in time…” Amaba shook her head, black water sloshing over her face. “Do you wish for death? Is that why you do this? You are grown now. Have been grown. You must put those childish whims behind you.” Amaba waved her front fins forcefully as she lectured her daughter, the movements troubling the otherwise placid water.
“I do not wish for death,” said Yetu, resolute despite the quiet of her worn voice.
“Then what? What else would make you do something so foolish?” Amaba asked, her fins a bevy of movement.
Yetu strained to feel Amaba’s words over the chorus of ripples, her skin drawn away from the delicate waves of speech and toward the short, powerful pulses brought on by her amaba’s gesticulations.