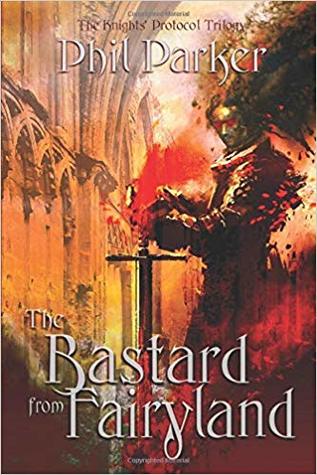 The world’s sea levels have risen and washed civilisation away. Survival is a constant compromise, made worse when the Fae invade; a cruel and sadistic race eager to turn humanity into slaves. Robin Goodfellow is an elite Fae warrior with a long life steeped in blood and his loyalty rewarded by betrayal. Now he lives among humans, growing bitter and lonely, and wants no part in the war.

But Robin holds the key to victory for the Fae, the man who betrayed him demands his help and he’s brought Robin’s ex-lover along to ensure his cooperation. Trapped in the middle of the conflict and despised by both sides, Robin races across a flooded English landscape to rescue the two children who can help him make a difference.

What he doesn’t know is that powerful members of the Fae are manipulating him to succumb to his psychotic alter-ego, Puck, who’s ready to cause even more bloodshed.

There were fairies at the bottom of my garden and they were torturing someone.

Technically they weren’t fae, my people didn’t like to bloody their hands , they preferred to use sadistic bastards like Spriggans. Their seven foot height and ape-like limbs made them ideal fighters, it also made them easy to spot through the spy-hole in my boarded windows. What bothered me was why they’d chosen my garden to have fun with their latest victim, currently screaming a high falsetto. It had to be deliberate provocation.

Wow. All I know is I really don’t want to screw with a Spriggan, whatever that is. I love the writing thus far.

About the Author – Phil Parker

Phil Parker used to be an English and Drama teacher but now lives in a fantasy world with occasional forays into the real one. Teaching can do that to you.
Now he loves writing, eating pizza and visiting Italy (mainly for the pizza).

The Knights’ Protocol is his first self-published work of fiction, a dark fantasy based on Arthurian legend and Celtic mythology with a few faeries for good measure.
He’s also written three books for the education market and wrote a regular monthly column in a national education magazine for three years. There weren’t any faeries in these though.