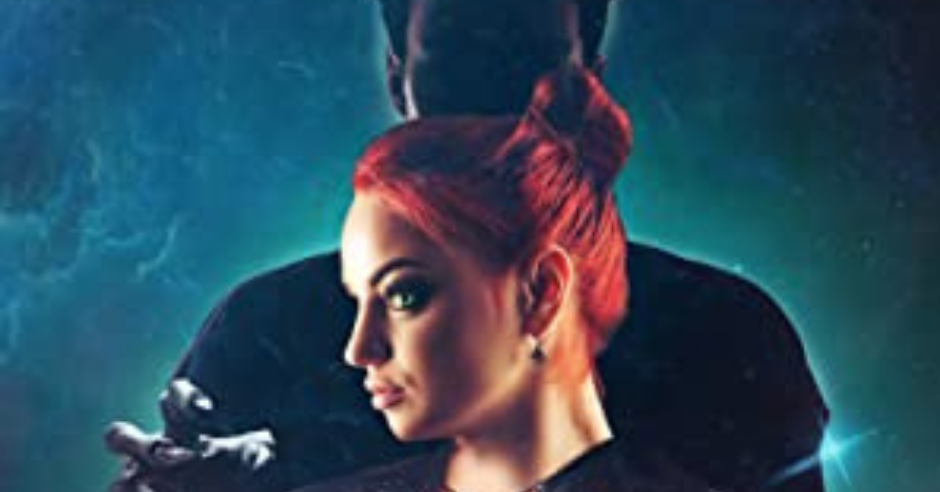 For her, it’s her late grandma’s legacy. For him, the mother of all black arts spoils, granting one demon the power of a God. Immortality.

When occult-magnet Ruby falls victim to Demon Lord Drayvex’s viperous allure, she loses a sentient dark relic to his light fingers and appetite for power. Like calls to like. But when Drayvex himself loses the relic to a traitor to the throne, Ruby coerces him – the tyrant king with a soft spot for humanity – into helping her save her pokey old world village from becoming a ground zero of mass demonic carnage.

Both invested in reclaiming the relic, the one thing Ruby and Drayvex agree on is that it’s in the wrong hands. Co-existing in a precarious arrangement between predator and prey, to save the planet they both love for different reasons, they must become a formidable double-team in the face of an apocalyptic takeover. Now, the fate of both human and demon alike rests with a killer that walks between worlds, and a woman with a curse in her bloodline.

It called out to him from within the torrents of rain, enticing with a promise of unimaginable power, demanding his full attention.

When Drayvex had first arrived and breathed the alien atmosphere, it had nudged against his senses. He’d almost dismissed it. But as he’d lingered at the point between worlds, he’d deduced that not only was the entity moving towards him, but its power was on a whole other level.

A low-level demon shot down the cobbled street below him. It took him a second to realise that it was, in fact, his demon.

Drayvex narrowed his eyes from his rooftop perch. Kaelor had followed him through the portal. On top of this, his idea of blending in was truly spectacular. Moron.

The rain lashed around him in waves, hurling itself at him, then evaporating into a fine mist upon contact with his hot flesh. He looked down at the village below, sharp eyes slicing through the downpour, and zoned in on the strange power.

What he saw threw him off his guard.
It was a girl. A human girl emanating a throbbing black aura.

Drayvex relaxed his jaw, allowing the tension to ebb from his taut muscles. She didn’t strike him as an unusual specimen. The girl wasn’t interesting to look at, nor was there anything about her that stood out. Nothing except that delicious black energy that gathered about her in a possessive miasma.

He watched the girl flee with mild interest, studying her as his minion blocked her path. Would this power weaken and die without its human host? He would soon find out. Kaelor was about to have his way.

As the demon below made to strike, Drayvex’s eyes remained on her.
Kaelor pushed off the stones, disappearing in a pop, teleporting with over-dramatic enthusiasm.

Unless, Drayvex mused, watching as the demon materialised in front of her. Unless, she was something more. A slick pretender that liked to play human. If that was so, Kaelor would be put in his place, permanently. The ultimate lesson in biting off more than one could chew.

The demon leapt for the kill. The human slashed out with perfect timing, a hidden blade in her hand.

Drayvex stilled. The human had teeth after all.

As the blade sliced into the soft abdomen of his demon underling, Kaelor vanished, fleeing like the miserable coward he was.

Drayvex stared, glued to the diminutive creature standing victorious on the soaked street below. It had been more panic than calculated swipe. A clumsy, last-ditch thrash; but frankly, this girl had the luck of the devil. For one, she’d hit him with her eyes closed.

Drayvex felt his eyes narrow, fresh suspicions emerging. He found himself studying the human with growing intrigue. It was then that he noticed what was around her neck.