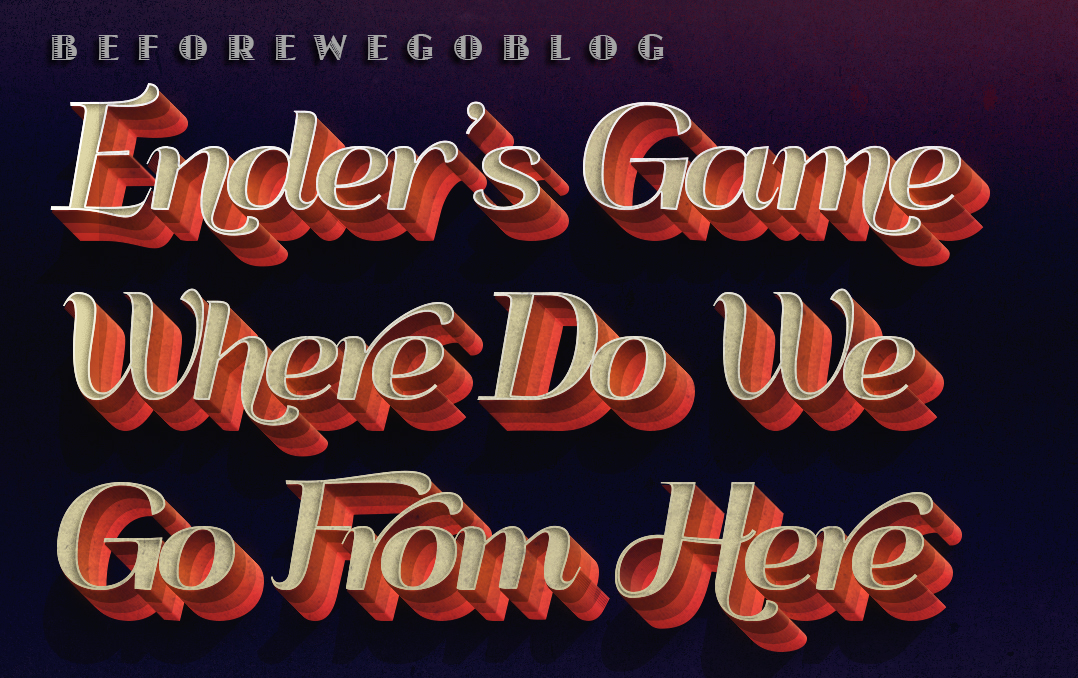 Ender’s Game – Where Do We Go From Here?

Orson Scott Card gifted me many years ago with five words.
“The enemy’s gate is down,” when I was 17 years old.

Until that point I had no idea the world that existed in science fiction. It was vast, it was beautiful. It was full of starlight, space battles, planets, valor, and honor. It taught me the  bittersweet lessons of compassion and empathy. It taught me to love my fellow man as I would love myself and this was the only way to understand him.

I bring this up, because of Myke Cole. An author I read and respect tweeted something I agreed with whole heartedly and wanted to talk about his thoughts.

“Orson Scott Card’s Ender’s Game changed my life. I maintain it is one of the greatest works of fiction ever written, despite the fact the author is deeply troubled, toxic and problematic person. I lift up the work while rejecting the rancid principles of the author.”

Ender’s Game Changed me and my life as it did Myke Coles. It was, along with Lord of the Rings, my gateway drug into science fiction.

I don’t purchase Orson Scott Card’s works any longer. That is as much as a choice about not supporting him and his beliefs as I feel his later works are without merit, character, style, and substance. So I ask, how do readers support books that we love while not supporting the authors? Because in the end, Card is not Ender. Just as much as Heinlein is not Michael Valentine Smith. Heinlein was also a bit of a bastard. But that’s a conversation for another day. There is a dividing line between the two. I think that had Card used Ender as a means to spread his horrid and repugnant beliefs, we wouldn’t be having this conversation. But he didn’t. Card separates and compartmentalizes his beliefs from fiction. And I as a lover of Ender want to lift this work and bring it to new readers. I want new readers to have the epiphany about science fiction that I had when I realized why the enemy’s gate is down, and that it first started showing me how a lot of novels treat children like mice. How games are so much a part of life, and so many other things.

What is so ironic about Ender’s Game and Card’s personal views is that Ender’s Game is a deeply moral story. It delves into what it means to be other. That is shown is played out time and time again in what it means to be third or a bugger. Ender was born a third child. A cultural aberration. A lesser being that should not have come into existence due to laws of societal norms. No one is allowed a third child. Right off from the beginning of the story, Ender is different. Buggers are bugs that attacked humans fifty years ago, they are not humanoids. They are not understood, they are different. You have to empathize and show compassion with what you don’t understand, and what is different. Something that Card understands and can write about so beautifully, yet can not understand and do internally.

I think it is one of the greatest pieces of science fiction that has been written in the last 50 years. It changed the way I view books. It crushes me to think that something beautiful like Ender’s Game will die off because Card is repugnant. Books live on because people read them, remember them, and pass them on. If we as a culture stop reading a book, then it stops getting printed and that’s that. I don’t have the answers. It is a huge world full of amazing books, and people only have so much time to read. If people don’t want to spend their finite time reading something from a man like Card, I am not judging. I am only asking, I don’t know how to move forward with this question. I do not buy his books for many of the same reasons that most of you do not. I have a beat up copy of Ender’s Game on my shelf. It will be the last copy I own. If my house burns down, the words “the enemy’s gate is down” will only exist in my memory and not in my my library.

But how do we move forward as readers. How do we keep something like Ender’s Game from disappearing?

Because Ender’s Game is so worth the read