By Beth TablerSeptember 14, 2022No Comments

“Kit hung up her brass knuckles, but the shadows of her past always lingered. Now they’re back to claim her.” 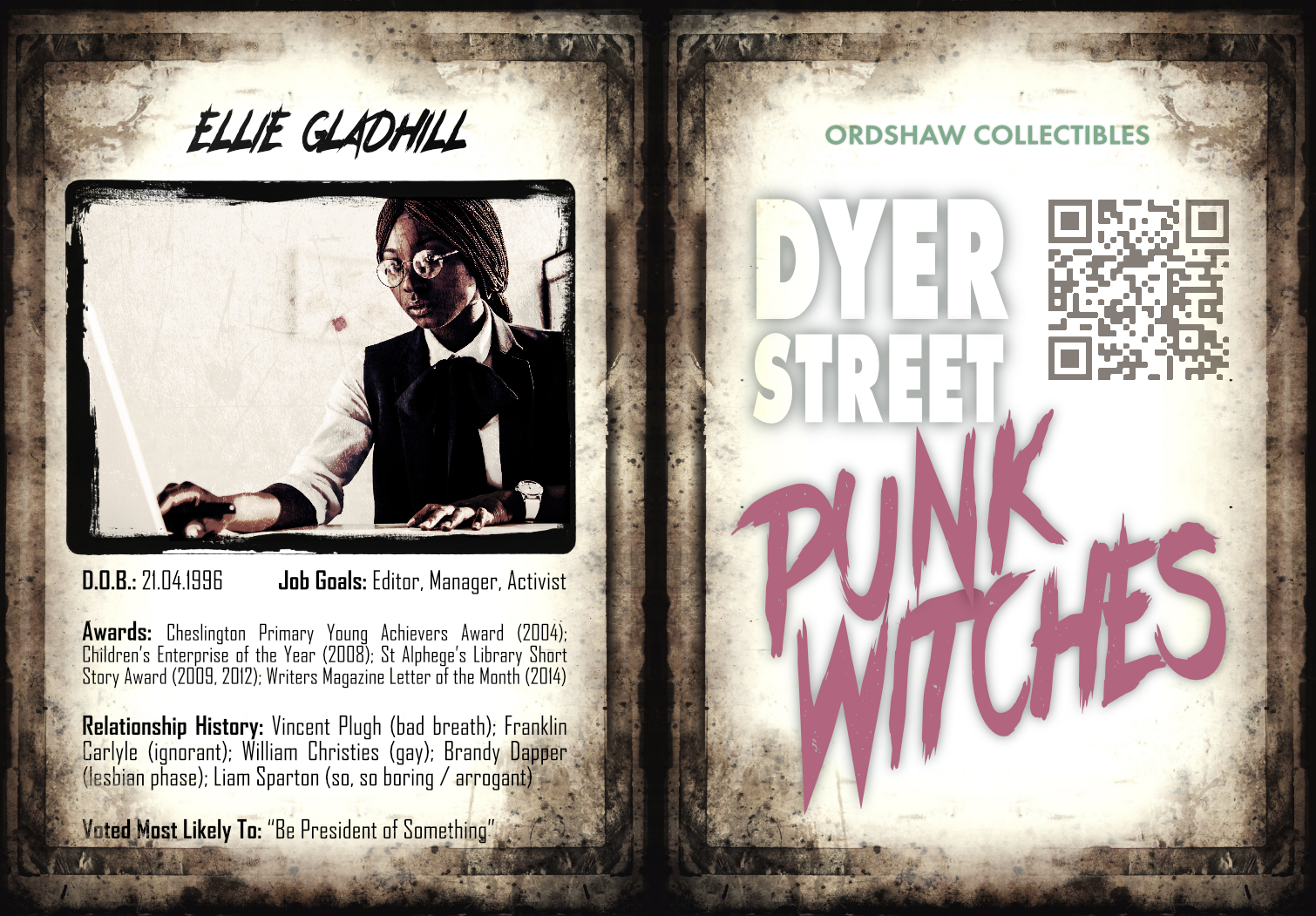 Dyer Street Punk Witches is the latest release in the Ordshaw series, a standalone contemporary fantasy thriller following Kit “Fadulous” Hamley, ex-punk rocker and local activist/magazine editor. Her shady past hides secrets intertwined with local criminal gangs and dark magic, which come back to haunt her when an old enemy is released from prison and a new witch appears in town. Set in the gritty city of Ordshaw, Dyer Street introduces all new characters and themes to the series, with a characterful crime-leaning story. 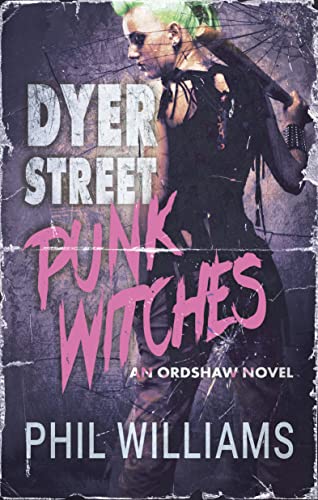 In celebration of the book’s release, I’ve designed a set of 14 character cards to accompany it, being released digitally and available in physical format through select promotions. The cards can be found on various blogs, and today’s article features one not previously shared elsewhere: Ellie Gladhill, righthand woman to Kit! (For more info on the cards, check this link: https://phil-williams.co.uk/dyer-street-trading-cards)

Given the book’s heavy influence from musical roots, I’ve also produced an accompanying playlist to build some atmosphere.

I’ve attempted to pile together some of the musical talent that influenced the writing of this novel, or otherwise helps set the mood, but should provide a caveat that this is by no means comprehensive. It blends together old and new influences, from the classic rock icons of Joan Jett and Grace Slick through to modern tunes from Peaches and K-Flay, with spatterings of Fem Rock and punk in between.

It’s a pretty heavy list that slows down towards the end, though it could’ve been much heavier. It’s not entirely punk but a mix that I felt captured various aspects of the book. Whether the resulting erratic blend works or is a hot mess, I don’t know, but then that’s kind of in keeping with Kit’s life anyway.

It’s also US-leaning, with Kathleen Hanna and Sleater Kinney standing in for a world of Riot Grrrl music, but such were Kit’s main influences. For the Brit scene, though, you might also look into the likes of X-Ray Spex and Huggy Bear.

For more info on the book: https://phil-williams.co.uk/punkwitches/