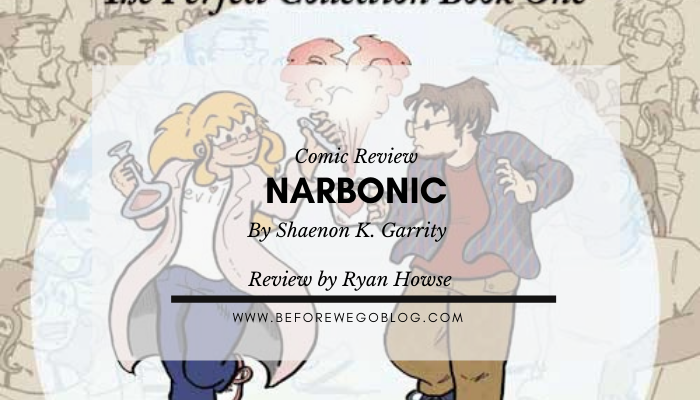 Narbonic is One of the Best Comics I’ve Read 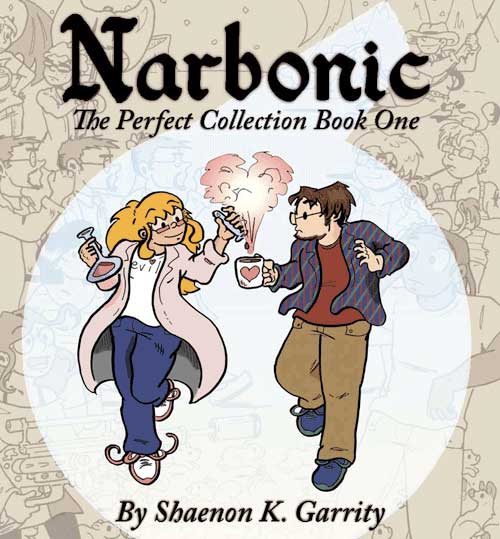 Helen Narbon is a mad scientist with an unexplained fondness for gerbils. Along with her evil intern Mell Kelly and her newest hire, hapless computer guy Dave Davenport, shell do battle with Antonio Smith Forensic Linguist, win the heart of Prof. Lupin Madblood, quell a rebellion of superintelligent gerbils, and face the greatest evil of all…her mother.

Narbonic, by Shaenon Garrity, is one of the best comics I’ve read.

Narbonic follows Dave Davenport, computer technician, who gets a job working at Narbonic Labs. Dave is your typical mildly curmudgeonly nerd, while Helen Narbon is a force of chaos as a mad scientist with a specialized focus in genetics (especially gerbils and hamsters.). Adding to the chaos is Mell Kelly, the gun-toting intern working for college credit, who tends to use direct violence rather than the indirect methods of Helen. Later, Artie, a superintelligent gerbil Helen has created, joins the cast as its voice of morality and reason.

The cast never gets too large, but as the story progresses we see side characters like Antonio Smith, Forensic Linguist, the Council of Daves, Doctor Lupin ‘Wolf’ Madblood, Narbon’s rival and sometime paramour, and Helen Narbon’s mother, Doctor Helen Narbon (the primary Helen Narbon is in fact, her clone.)

Narbonic managed to thread the needle for six years on having a punchline nearly every day, character growth, and balanced out both short-term and long-term plots. Narbonic ran from 2000 until 2006 as a daily webcomic, and then re-ran with commentary, all available at narbonic.com and has also been released as a two-book set since.

Narbonic is utterly madcap, as befits a webcomic about mad science. Gender swapping, death and resurrection, time travel, and transmogrification keep the plot ticking along. The art style is simple but dynamic, and fits the mood of the comic perfectly.

One of the best examples is the storyline Professor Madblood and the Doppleganger Gambit, the longest storyline Narbonic ever did.

It’s about Dave infiltrating the professor’s moonbase, transmogrified into Madblood. Of course, Madblood being a mad roboticist, has 15000 androids who look exactly like him and are designed to only obey him. Further complicating things are the facts that Dave is mildly jealous of Helen’s affections for Madblood, Madblood is jealous of Helen’s affections for Dave, Mell has stowed away, and Artie the gerbil has to go to the rescue while accidentally turning into a human.

If this sounds like too much, Garrity’s plotting was almost always meticulous, and it she juggled all of the plots in the air. Only the “Demons” storyline, and its follow-up “Angels” really felt like they didn’t quite fit—a running gag in Demons is how non-threatening the hordes of Hell were compared to what they were used to, which undercuts the tension of the plot.

On the other hand, the relationship work absolutely sings. Dave’s also a mad scientist—specifically a mad engineer. He doesn’t realize it, nor does he realize that Narbon is essentially studying him. And both are social outcasts spending lots of time together, slowly realizing how much they like each other. But his mad genius will doom everything they both want if she doesn’t let him go.

The hints of this are right there from the get-go. Dave is capable of creating death rays and doomsday devices from almost nothing. There are running jokes about how computers just seem to really like him. As the book progresses and Dave becomes more accustomed to working at Narbonic, his feats become more absurd, yet he never quite notices it. This culminates in Angels, in which he attempts to fix a microwave during his D&D session and lets out extradimensional entities.

That’s the premise, right there. Two mad scientists, falling for each other, but unable to have a relationship due to concerns out of their control.

Narbonic isn’t just one of my favorite comics. It is, hands down, my favorite romantic comedy.

Check Out Some of Ryan’s Other Reviews and Articles 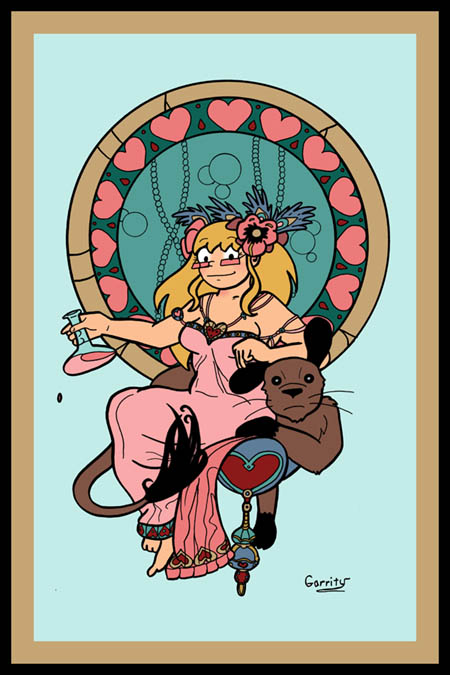