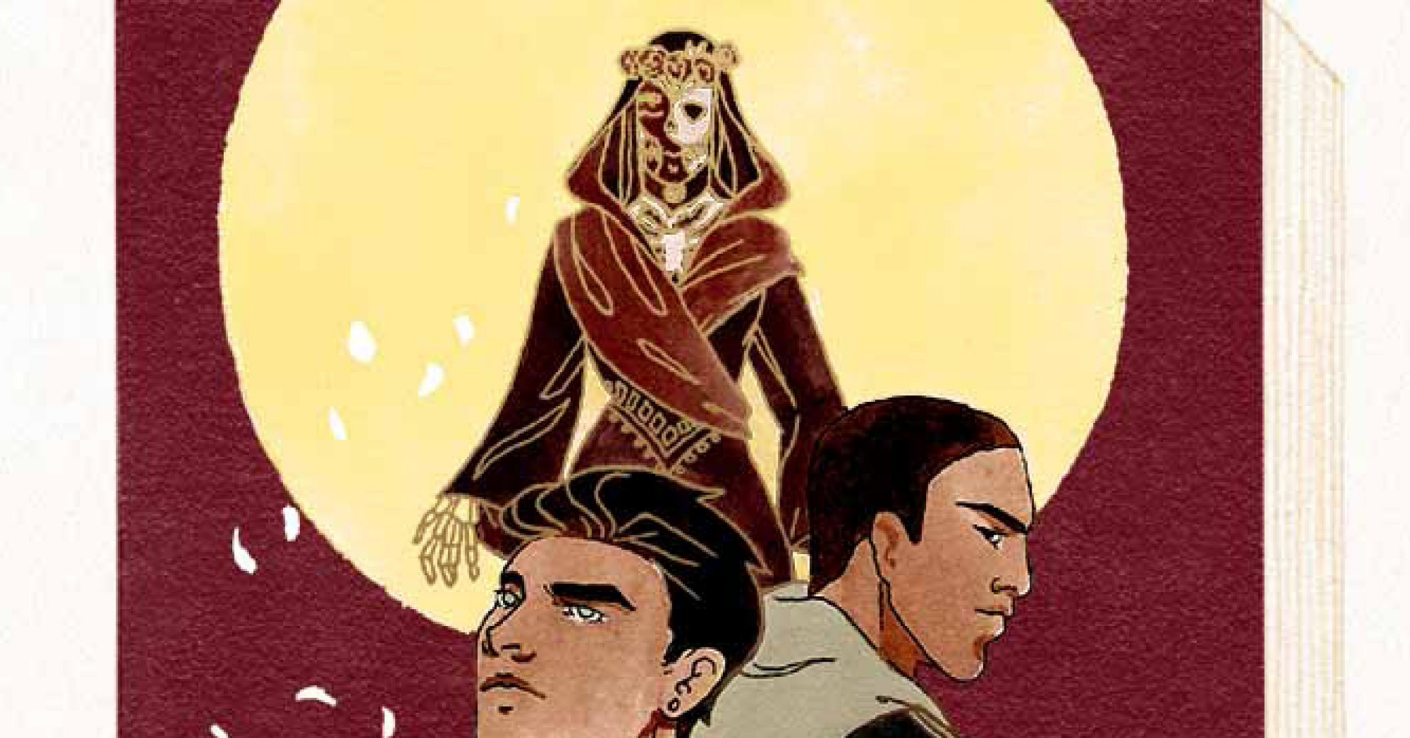 “Queer folks are like wolves,” Julian told him. “We travel in packs.”

What is Cemetery Boys About?

A trans boy determined to prove his gender to his traditional Latinx family summons a ghost who refuses to leave in Aiden Thomas’ paranormal YA debut Cemetery Boys, described by Entertainment Weekly as “groundbreaking”.

Yadriel has summoned a ghost, and now he can’t get rid of him.

When his traditional Latinx family has problems accepting his true gender, Yadriel becomes determined to prove himself a real brujo. With the help of his cousin and best friend, Maritza, he performs the ritual himself and then sets out to find the ghost of his murdered cousin and set it free.

However, the ghost he summons is actually Julian Diaz, the school’s resident bad boy, and Julian is not about to go quietly into death. He’s determined to find out what happened and tie off some loose ends before he leaves. Left with no choice, Yadriel agrees to help Julian so they can both get what they want. But the longer Yadriel spends with Julian, the less he wants to let him leave.

I really like reading that this book started off as “what if I accidentally summoned a ghost and couldn’t get rid of them?” and grew into this charming and powerful story. Julian and Yadriel make a perfect pair as they try to take care embrace very different futures. Their chemistry is a delight, Julian tending to splash his emotions all over the place and Yadriel more reserved but determined. Together, with the help of Yadriel’s cousin, we go on a quick adventure, trying to tie up loose ends and solve a murder in the brujx community.

The rich world of the brujx jumped right off the first page. A family heritage, steeped in history and gender based magic roles. It was such a perfect setting, adding it’s own set of magical challenges for Yadriel, a trans boy, to deal with. Will his magic reflect his identity? Will his family traditions even give it a chance?

Perfect spooky season vibes with witches that shepherd the dead and Dia de Muertos celebrations. Amazing exploration of a trans boy coming of age in a magical community with gender-specific magical powers.

Myth and Magic Book Club was started by two friends on opposite coasts with a shared love of fantasy books. We love reading and reviewing fantasy romance, urban fantasy, YA fantasy, and more.