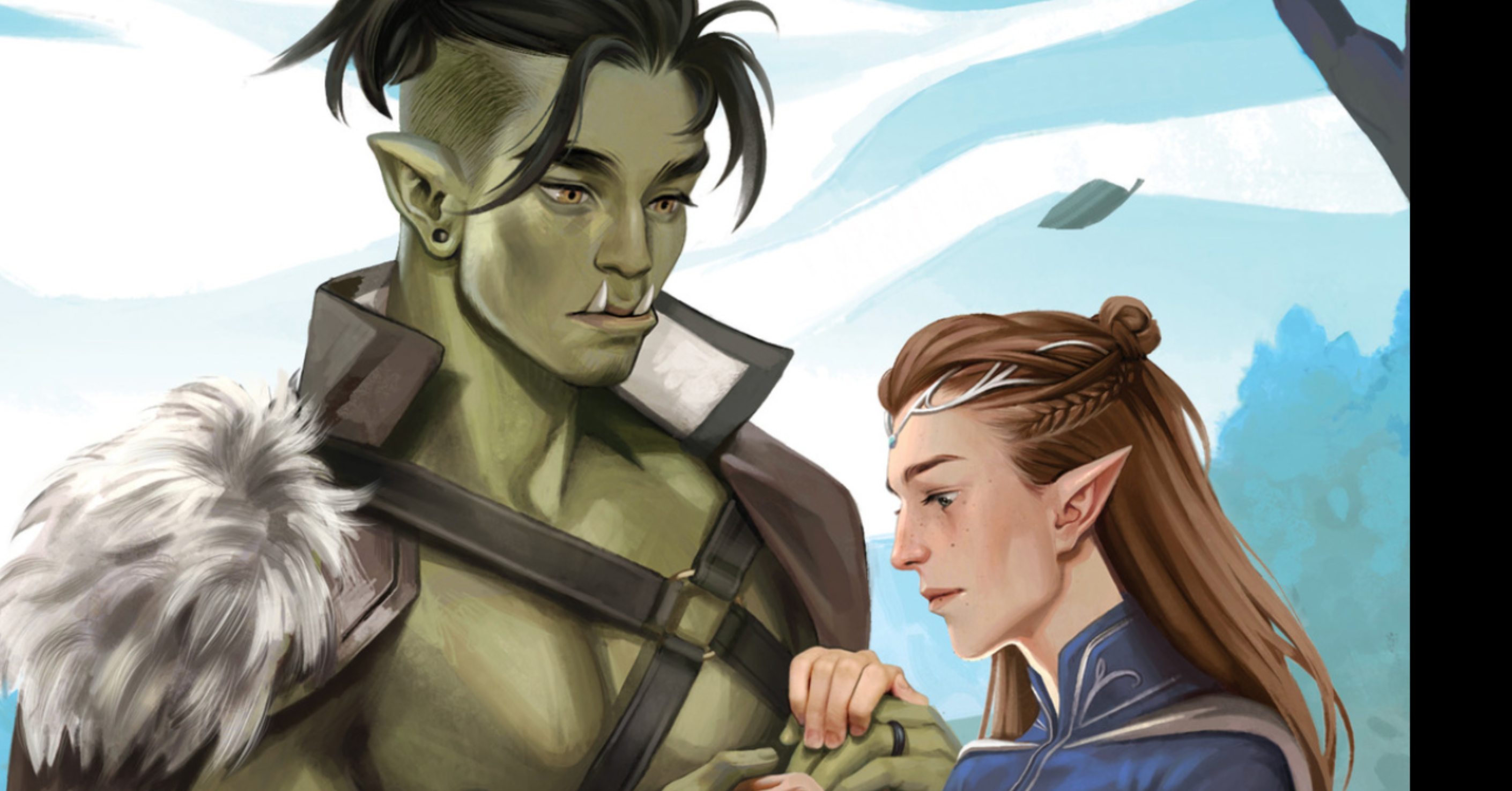 Book Review: Claimed by the Orc Prince by Lionel Hart

Home » All Reviews » Book Review: Claimed by the Orc Prince by Lionel Hart

Claimed by the Orc Prince  is an orc/elf M/M fantasy romance that is by turns charming, thoughtful, and scorching hot.

The setup of Claimed by the Orc Princeis a classic arranged-marriage trope, but make it gay: Taegan, a male elf, is offered in marriage to Zorvut the Relentless, a male orc, in an attempt to broker peace between warring nations. The only scandal in this match is the race of the two characters and their warring societies. Not only is the marriage of two male characters shown to be a normal occurrence in these cultures, but there are details of the characters’ physiology that allow males to get pregnant and carry children. The book also deconstructs the trope of elves being effeminate and orcs being toxically masculine. While the races in the book do follow the tradition to an extent, the individual characters show qualities that transform the source material into something fresh. 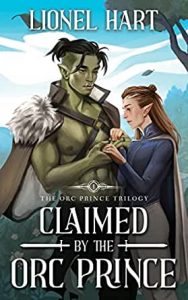 One of the most interesting aspects of the book is Zurgut’s reticence. Taegan is worried because of orcs’ reputation to be brutish, not to mention impossibly well-hung. The latter is a feature Taegan comes to appreciate, but he is quite anxious at first. Zurgut turns out to be quite the opposite. Though his dominant side is not in question, he shows sensitivity, restraint, and respect, insisting on sleeping on the floor for a while until circumstances maneuver them into the bed together (another classic trope I am 100% here for).

The fantasy plot is the weakest link; it’s standard fantasy, with some politics and peril and all the usual stuff, and I don’t have a great deal to say about it other than that it didn’t distract me from the main event: the romance.

I found the romance plot endearing, not too slow-burn, and with plenty of spicy scenes, which is exactly what I want in a romance. I really enjoyed the relationship between these two. They start as fairly traditional types, but there’s enough growing nuance and tenderness that by the end I cared about them as individuals and as a couple. As for the spicy scenes, here’s where Hart really shines. Though I’m not a huge fan of the size trope (Zorgut is, well, huge), the sex was plentiful and entertaining to read. We get nice glimpses of character between the thick layer of steam, but there’s an erotica aspect here as well—it’s as much about the sex as it is about the emotions. Which, for me, is perfect.

In summary, you should read Claimed by the Orc Prince if you want hot M/M action and some interesting takes on classic tropes, wrapped up in a quick-reading fantasy romance plot with perfectly queernormative worldbuilding.

Buy from Amazon
Add on Goodreads