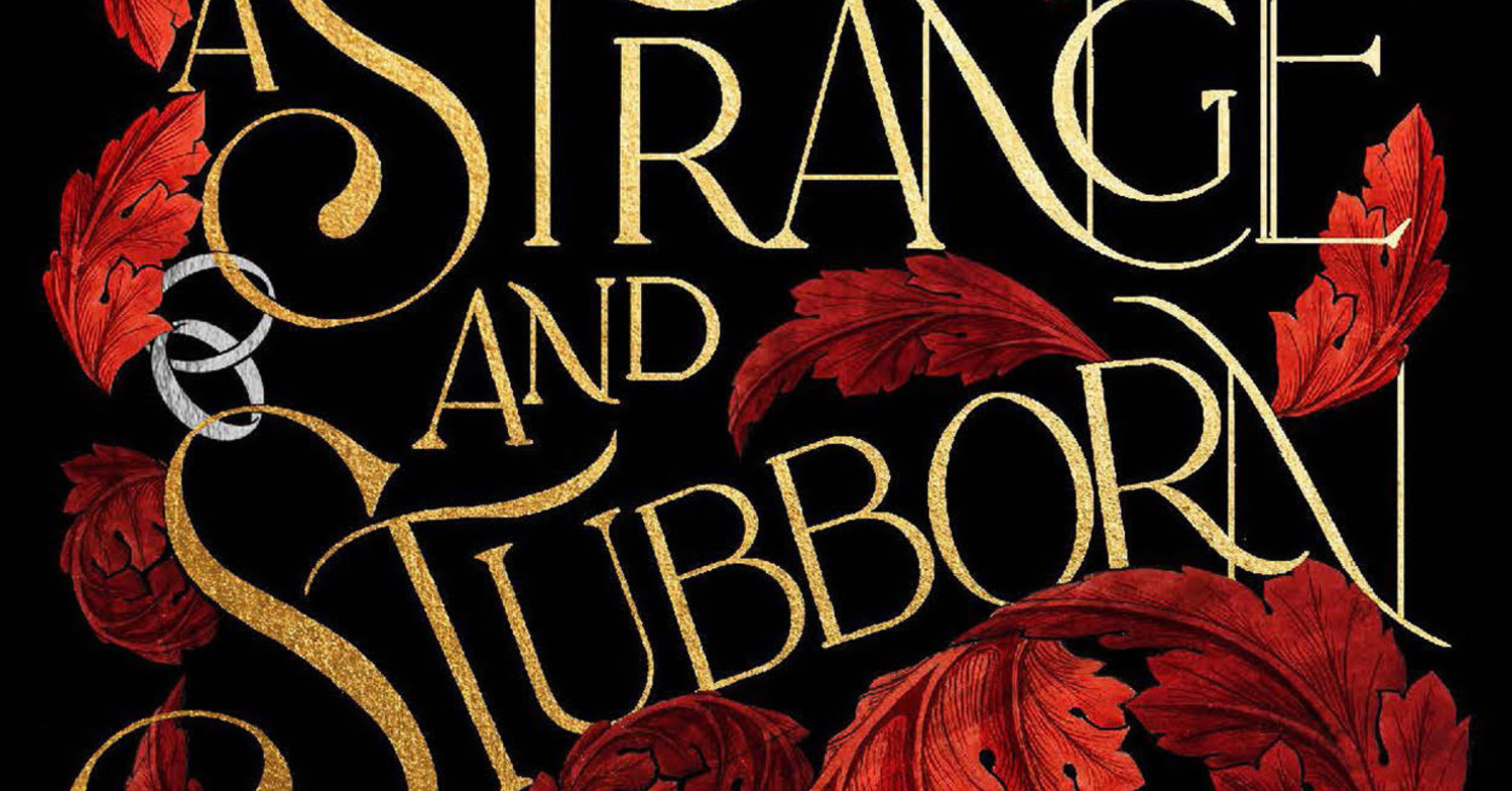 Book Review: A Strange and Stubborn Endurance by Foz Meadows

Home » All Reviews » Book Review: A Strange and Stubborn Endurance by Foz Meadows

A Strange and Stubborn Endurance  is a stunning romantic fantasy that delivers a knockout emotional punch along with some of the best queernormative worldbuilding I’ve ever seen.

When A Strange and Stubborn Endurance was suggested to me, I thought I’d be picking up a fantasy romance, but it quickly became clear that as important and gorgeous as the romance was, the larger story carried equal weight, so I’m calling it a romantic fantasy. We get dark themes right away, including an on-page sexual assault and subsequent self-harm, and the author weaves these awful moments and their aftermath into the narrative with painful poignancy. The assault occurs on the eve of the intended union between two kingdoms, and the subsequent twist on this arranged marriage plot is unexpected and deeply thought-provoking. 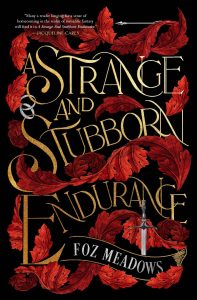 We move with Velasin and his new fiancé Caethari from a homophobic, patriarchal society into one of openness and tolerance, with trans and nonbinary characters playing prominent roles. It’s emotional whiplash Velasin isn’t ready for, especially with his assault and his father’s reaction to the discovery of his homosexuality fresh on his mind. I was blown away by the care taken with the worldbuilding in terms of gender and identity. There’s a third gender in Tithena with its own neopronouns (thei/thir) and talk of magical transitioning options for trans characters, one of whom we get to know fairly well. There’s also a great disabled side character, Markel, Velasin’s manservant/life partner, who’s mute, and the way the author shows other characters interacting with Markel and learning his sign language is perfect. Tithena is a very open and tolerant society with zero queerphobia, but that doesn’t mean it’s a paradise, as we soon find out.

Of the two main plots in the book, the romance and the fantasy/mystery plot, the romance is by far the stronger. A series of assassination attempts (some successful) and other strange happenings seem to come in rapid succession just as the plot needs them, and I became increasingly disinterested in that side of the plot, which is fairly traditional in its way. Questions of succession, inheritance, and court intrigue blended together in my mind with the seemingly endless series of attacks and attempts to solve them. It wasn’t that it was poorly done—it was fine, and fans of this sort of thing will enjoy it, but it was the romance that kept me reading because it was absolutely DIVINE.

Velasin comes to Tithena as a damaged person, surly and withdrawn and afraid to let anyone get close, for obvious reasons—a toxic sexual assaulting ex, not to mention the culture shock of living openly in a kingdom where he is married to another man instead of hiding his identity. Caetheri is patient and understanding, though his attraction to Velasin is undeniable, and they agree to live as married friends. But little by little, Meadows teases out tendrils of hope that they can become more than that, and this is what kept me flipping the pages, hungry for more.

I want to be clear: this is a slow burn, perhaps a little slower than I might have liked, but I’m impatient like that. For most readers, it will be the perfect burn, and it has brilliant emotional depth to it. The characters are fully realized, complex people with their own sets of problems and concerns that weigh on them and slow the progress of their relationship. The events of the plot help push them closer together, and as they work to overcome the very real challenges keeping them apart, we root for them harder and harder.

By the end of the book, though I wasn’t super invested in the political mystery plot, I was riveted by the main pairing. Caethari and Velasin are an iconic couple, one I will not soon forget. Meadows draws out every bit of the growing closeness between them, from forced proximity to accidental nakedness to peril, and I can honestly say that I cheered out loud when they finally (FINALLY!) got together. And after all that pining and waiting and almost-but-not-quite moments, the blessed act was both hot and tender, a perfect mix of emotional and physical intoxication.

Oh, and the prose! How could I forget such gorgeous, careful wordsmithing? Meadows writes like no other, a breathy mix of nineteenth century eloquence and the best that contemporary prose has to offer. I highlighted passage after passage, line after line, until I finally gave up and just let myself swim in the words, which carried the already breathtaking romance to new emotional heights.

You should read A Strange and Stubborn Endurance by Foz Meadows if you want a romantic fantasy with superb worldbuilding, depth of character, and prose, with a slow-building romance that culminates in a most satisfying physical and emotional conclusion. This is one of the best books I have read in the romantasy field, and it deserves a place on your bookshelf and in your heart.

If you like gorgeous slow-burn romantasy, check out my review of Daughter of No Worlds by Carissa Broadbent. If you’re in the mood for something shorter and spicier, have a look at Wicked is the Reaper by Nisha Tuli.

Buy from Amazon
Add on Goodreads