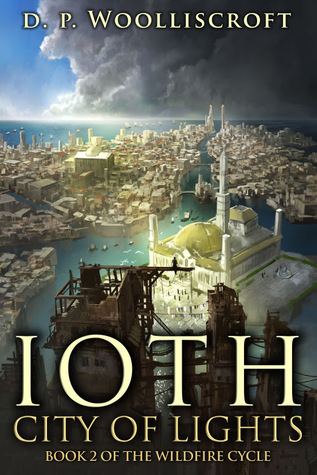 Be careful what you strive for.

The people won and now Mareth is Lord Protector of Edland. But winning an election is a lot different than governing a country, especially when the empire of Pyrfew is expanding into the Sapphire Sea. In the interests of peace, Mareth must dispatch Alana to Ioth, city of a thousand lights, to convince the ruling merchants to turn their back on the empire. Neenahwi, armed with the knowledge revealed to her in her coming of age ceremony, desperately wants to determine Pyrfew’s plans and to take the fight to the emperor. But Llewdon, ancient elven emperor of Pyrfew, has had decades to develop his schemes and his agents are embedded in the least expected places. Everything seems to revolve around the disappearance of Jyuth’s master a millennia ago.

Will the heroes of Kingshold be able to survive fire belching ships, strange slimes, sinister doppelgängers, demon dogs, greedy merchants and past vices to lead Edland to safety?

Following on from Kingshold and Tales of Kingshold, read the much anticipated next chapter in the Wildfire Cycle, compared to Michael J. Sullivan, Brett Sanderson and Daniel Abraham.

All in all… this book was a very good read. I’ll be waiting impatiently for the next one in the series!

Ioth, City of Lights is a wildly emotional and compelling ride, and Woolliscroft’s best yet.

Where to Get Your Copy