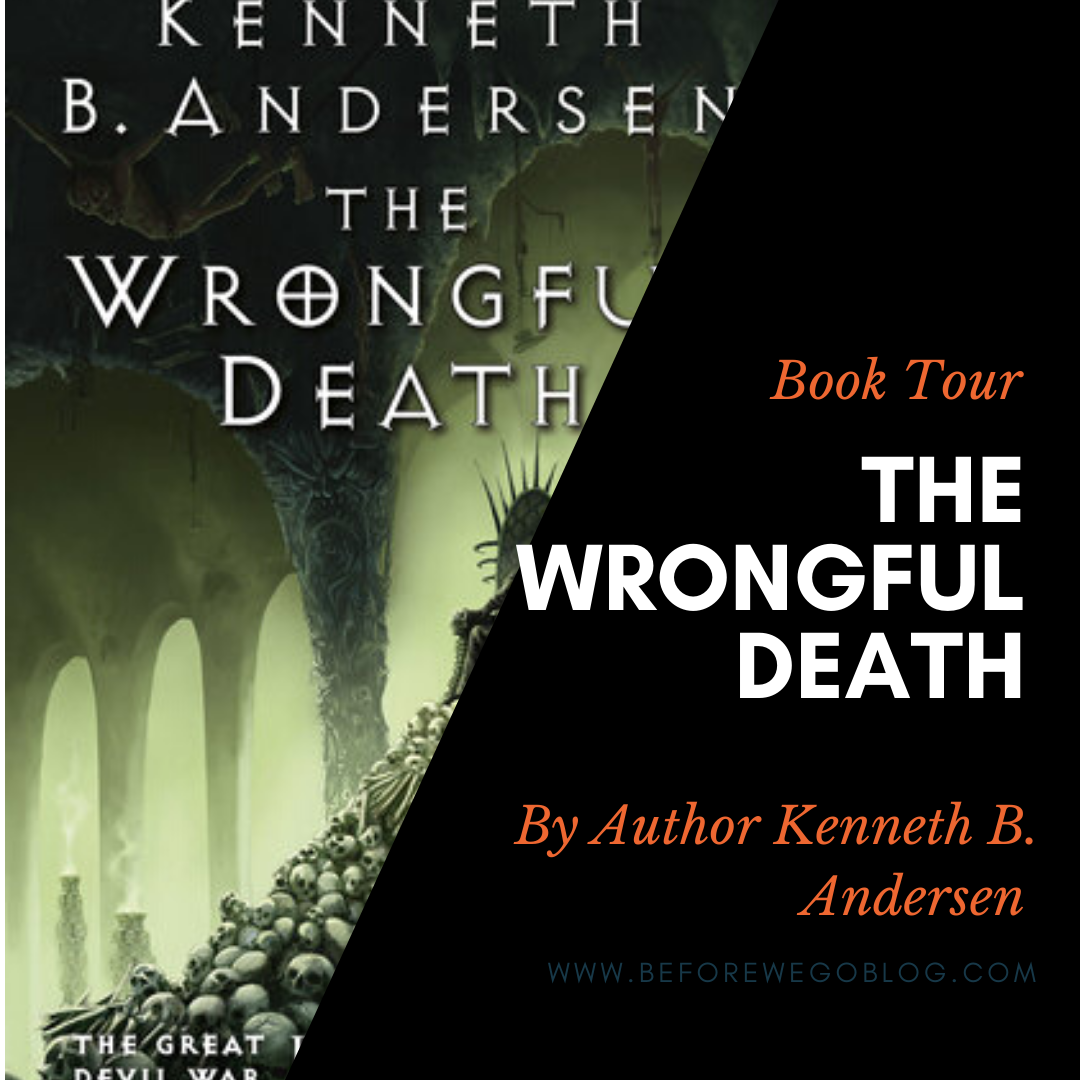 Blog Tour – The Wrongful Death by Kenneth B. Andersen

Another Amazing Story in The Great War

“A dangerous place to get lost, the dark ghost finally muttered when nothing happened. It turned around and slithered like a shapeless snake through the trees. Follow me.”―

Kenneth B. Andersen, The Wrongful Death

An unfortunate chain of events makes Philip responsible for the untimely death of the school bully Sam—the Devil’s original choice for an heir. Philip must return to Hell to find Sam and bring him back to life, so that fate can be restored. But trouble is stirring in Lucifer’s kingdom and not even Philip can imagine the strange and dark journey that awaits him. A journey that will take him through ancient underworlds and all the way to Paradise.

The Wrong Death is volume 3 of The Great Devil War series.

Again, Kenneth B. Andersen has written an exciting story.

Phillip was getting along pretty good on the alive side of things. He was making friends and finding a balance between being 100% good and 100% bad. But through an accident, Sam winds up in Hell, and it is Phillip’s fault. What transpires is exciting, and includes some of the great characters from history. How is he going to help Sam?

Furthermore, hell is in peril. Many demons, new to mortality after the last book, have abandoned Hell for the outer reach and are gathering together. Something is afoot; a war is brewing.

“I saved her, he thought and hoped the nightmare would leave him alone tonight. Gradually, he felt himself overcome by sleep. I saved her.”―

Kenneth B. Andersen, The Wrongful Death

There is a lot of cool plot movement in this book and the series in general. Firstly, the overall tone of the story is darker and more adult. The writing is moving apace with Phillip as he gets older. Also, Phillip is dealing with more adult situations and is showing the kind of man he is becoming. Also, Phillip’s relationship with Satina is maturing, and Satina is fleshing out to be a great supporting character. It is excellent how Andersen is pulling everything together and creating characters that readers can enjoy and appreciate.

Again, I recommend this series to YA readers. Andersen has done a great job crafting something unique in this book and the series in general. The protagonist, Phillip, is a likable character that the reader can empathize with. The supporting characters are help carry the story forwards and bring a dimension to the story that would have been missing had they been caricatures of devils. All and all, this was a great addition to the series, and I look forward to the next one.