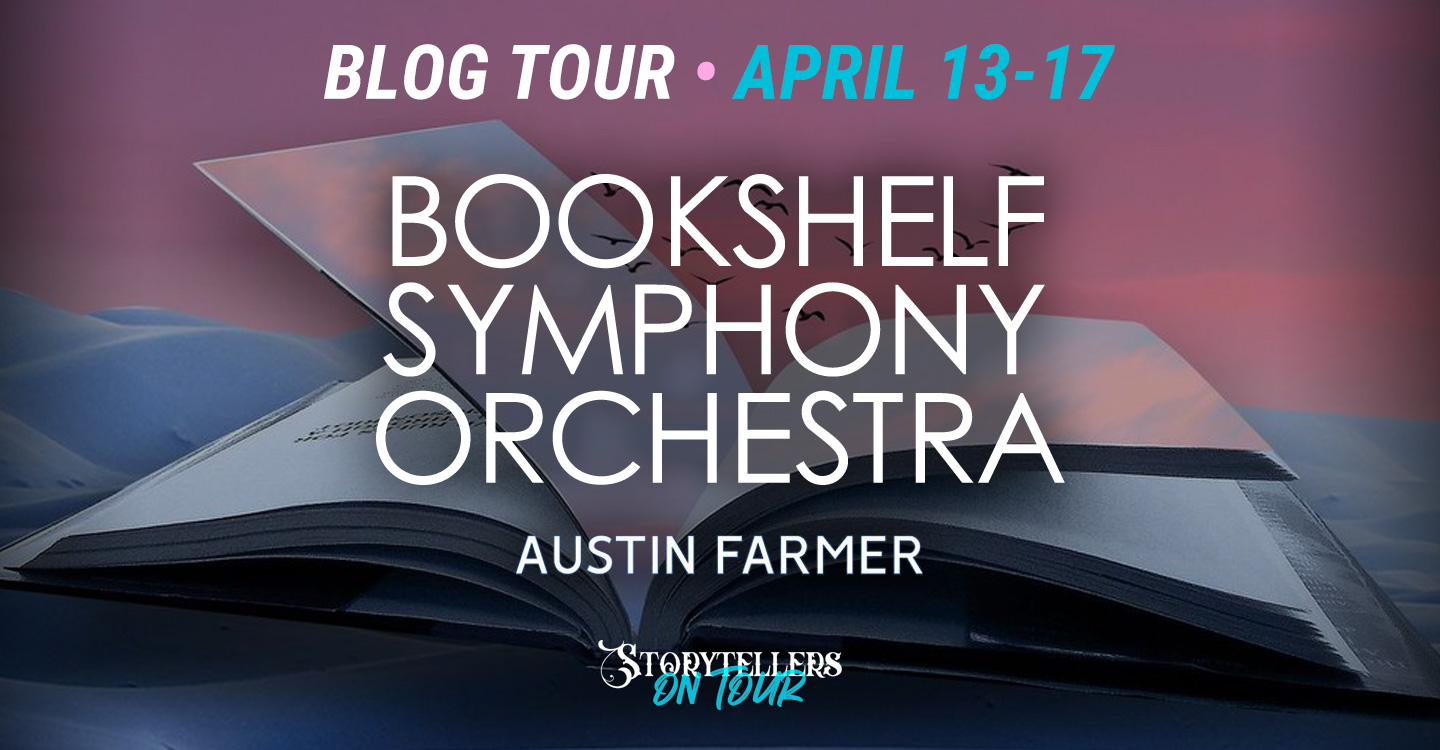 A Perfect Combination of Music and Literature for the Book Lover

The Bookshelf Symphony Orchestra is an instrumental concept album created for readers and writers. Over the course of 2 years, Austin Farmer teamed up with brothers Addam and Heath Farmer to help produce, co- arrange, and mix/master the album, bringing over a decade of experience in the music industry to the project. Every song is titled after the novel it was inspired by and couldn’t have been created without those stories. Austin’s previous songs have been featured on Nickelodeon, CBS, Fox Sports, and a national Sprint TV campaign with indie rock bands Island Apollo and The Bolts. Musical influences on this album include songs from many of the instrumental playlists he’d listen to while writing fiction, including Two Steps From Hell, Bear McCreary, and Joe Hisaishi.

My Experience with Kill The Farm Boy

Sometimes a creator can sum up an experience, whether that is an emotional experience, a physical experience or memory so perfectly that it is almost like you are living in the moment again. I got that kind of deja vu while listening to Kill The Farm boy from this album. If you haven’t read Kevin Hearne and Delilah Dawson’s

What literary works would you like to tackle next?

The Bookshelf Symphony Orchestra was such an exciting project to work on. This album took about 2 years to create, from writing the demos of the songs, to pitching this idea to the team, to fully re-arranging, mixing, and producing these songs as an entire album. I had been wanting to fuse my passions for music, reading, and writing for a long time, and I felt like this was a great outlet for that. When I write, I pull up Spotify and listen to instrumental songs. I wanted to create an album for whoever does the same.

It was such a great experience to write a song inspired by “Kill The Farm Boy” (written by Delilah S. Dawson and Kevin Hearne, published by Random House Books). This novel is so well-written and makes you feel many different emotions. In this song, I wanted to evoke a sense of whimsy, charm, and hope to reflect what I felt while reading this novel. This was the first song that my brothers Addam, Heath, and I completed a full mix for. It was really reassuring to hear how it came to life with their help. I also remember blasting this song in my car’s speakers in an empty parking lot at night and feeling so excited to release this album. In that moment, I felt like how the ending of this song feels! I also remember reading the first chapter of this novel after attending the book signing for “Kill the Farm Boy” at Seaport Village in San Diego, and I couldn’t wait to read the rest. I already know a few novels I would like to create new songs for. I really hope to create a sequel to this album!

How did you select the books for the album?

That’s a great question! I found most of these books through my favorite bookstore, Mysterious Galaxy Books, in San Diego, California. If you haven’t checked it out yet, you need to. I love going to book signings to check out new fiction and to help support authors, and I actually discovered most of these books either through events hosted by the writing community or book signings at Mysterious Galaxy. I’m so grateful for my local independent—and my favorite—bookstore.

I like to think that in a way, you don’t really find books—the right book finds you, has been waiting for you all along. I know I’ve experienced that sensation before, as I’m sure many of us have! The first time I felt this was when I was at a Goodwill, and for some reason, I kept thinking to myself, I need to buy that collection of Ray Bradbury’s short stories, even though I had never read any of Bradbury’s work or really knew who he was back then. Kill the Farm Boy was on my wish list for a long time before it released. I’m so happy that these books are sitting on my bookshelf, and I’m so glad that these books helped create The Bookshelf Symphony Orchestra.

What music has inspired you the most as an artist?

The first time I heard the song “Reprise” from the soundtrack of “Spirited Away” by Joe Hisaishi, I couldn’t stop listening. I was driving up to Big Bear for a little writing retreat/a writing treat to myself to finish a script for a graphic novel I had been working on, and I was blasting uplifting, inspirational music in my car. This just so happened to be included in that playlist. His songs are magical and contain so many emotions.

I was also equally inspired by Two Steps From Hell (in particular, “Miracles”), Bear McCreary, and Klaus Badelt. I also play with a few different projects and am heavily influenced by rock music and The Beach Boys. I sing in a Rush tribute band and am in constant awe at their level of songwriting.

Please check out Kill The Farm Boy below.

Austin Farmer is a musician, writer, and filmmaker from Southern California. His music has been featured on Nickelodeon, Fox Sports, and a national Sprint commercial. His short story “Beethoven’s Baton” is featured in Baker Street Irregulars Volume 1 (co-edited by Michael A. Ventrella and NYT Bestselling Author Jonathan Maberry).

– I attended the Y’ALL (@Yallwest) West Writing Convention in 2018 a few years back and attended a “WRITING MUSIC, WRITING ABOUT MUSIC” panel. I asked a few authors if putting music out like this would be a good idea, and they suggested to go for it and put it out. I think they said to let them know if I ever did. That panel helped me get the courage to put out this music. I always wanted to find a way to thank them or Yallwest for that.

– A lot of these songs were inspired by novels that I discovered because of Mysterious Galaxy Books (@Mystgalaxybooks) in San Diego. A lot of these authors had book signings, and I discovered a lot of these novels from those signings or different writing events, including the author of “Truthwitch” (Susan Dennard), “The Dreadful Tale of Prosper Redding” (Alex Bracken), “The Fold” (Peter Cines), and more (about 9 of them).

– Social Media helped me put out this music. I originally put the demoes out on Twitter and tagged the authors, and their support helped give me the courage to put this out as an album, too.

– My uncle played with The Beach Boys for about 12 years as their live bassist.

– I am the singer of a Rush Tribute band.

– My Band Island Apollo reached 2 million plays for our single “Hold It Down” on Spotify.