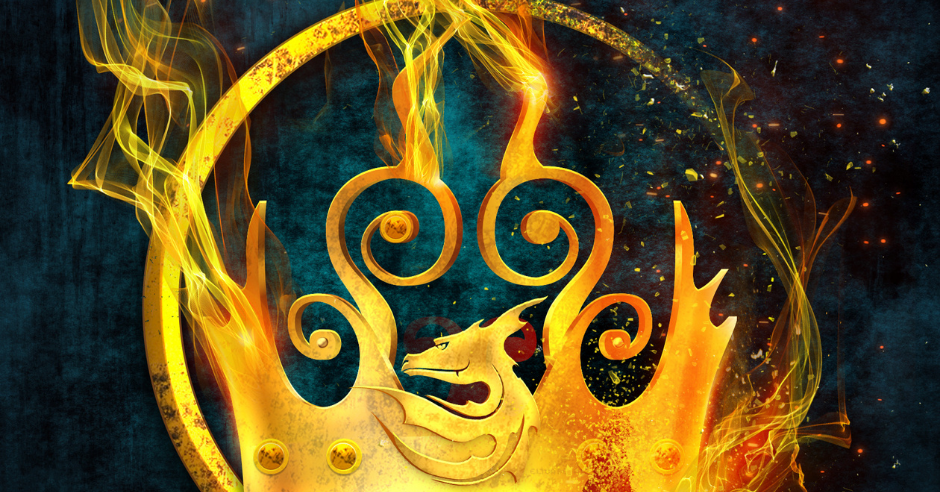 DRAGONS! What’s not to love?

Will we ever tire of dragons in fantasy? Nah, we love them!!! It seems to be the one magic creature that continues to be popular in fantasy, irrespective of the era. I was hankering for some dragons in my #FebruarySheWrote reads, where I will be reading exclusively female authors who use the pronouns she/her. So, that made The Iron Crown, by L.L MacRae, Dragon Spirits Book One, a logical choice to read this month. I must also say, the cover for The Iron Crown is simply phenomenal, a real eye-catcher!
The Iron Crown, published in 2021, is the second book (proper) in Dragon Spirits by MacRae, with a prequel to the series, entitled The Citrine Key, that was published in 2020. The Iron Crown is taking off in the fantasy world, as it is currently a Finalist in the Self-Published Fantasy Blog-Off (SPFBO#7). One can bet that any book making the SPFBO finals is a special book. This holds true for The Iron Crown.
I received a free digital copy of this book in exchange for an honest review, which in no way affected my review of the book, as part of www.beforewegoblog.com ‘s stop on the Escapist Tours book tour for The Iron Crown. Thanks to L.L. MacRae and Escapist Tours

I also need to clarify that I am NOT reviewing this book as part of the SPFBO team – a separate and distinct team – that is reviewing and scoring the current finalists, including The Iron Crown. This review is strictly on a book I read for pleasure, and for the #FebruarySheWrote initiative. 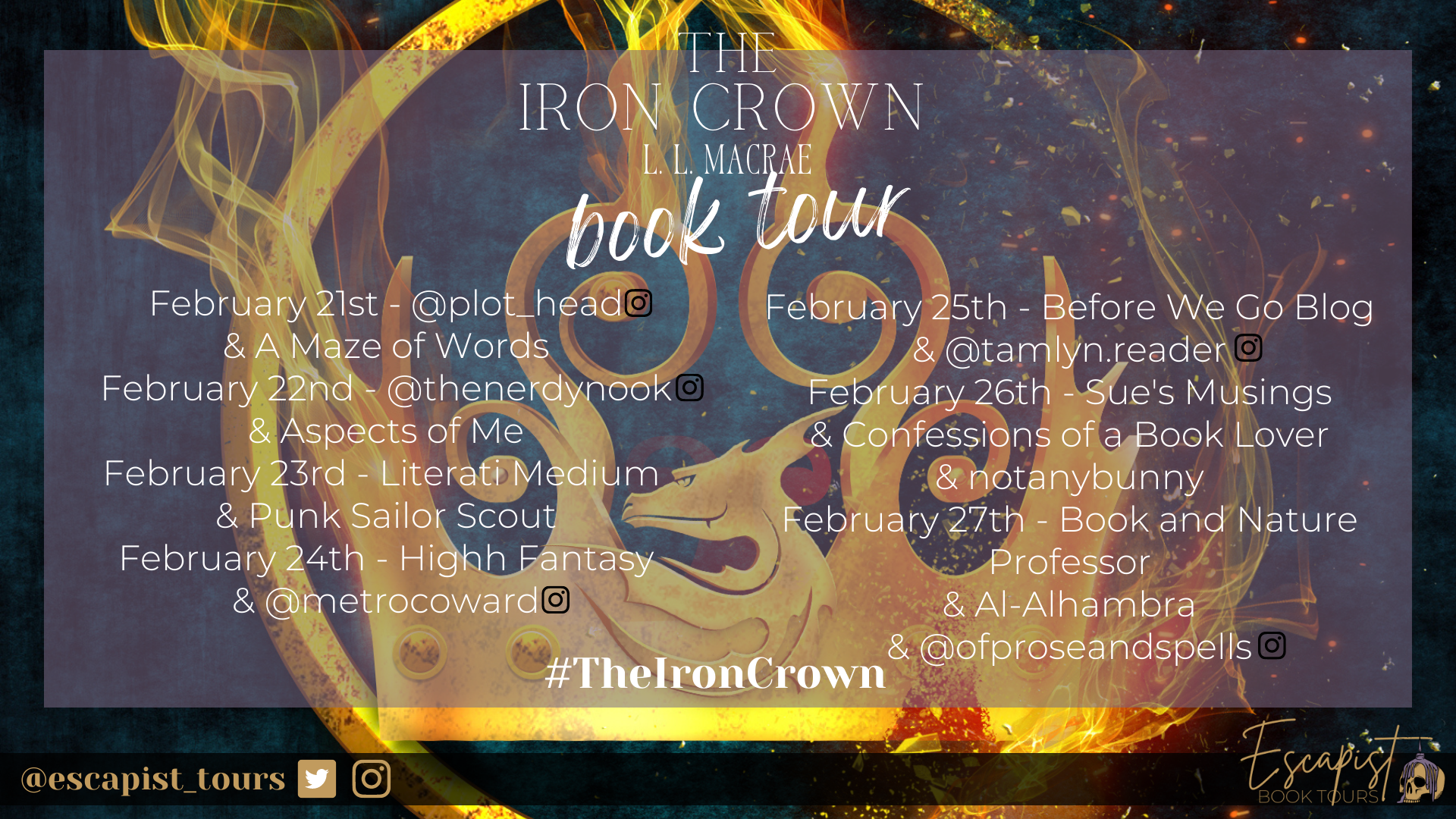 The beginning of The Iron Crown was very intriguing. Set in the land of Tassar, the novel’s first pages introduce the reader to a boy named Fenn. Fenn has found himself trapped in a bog. Besides worrying he might drown, Fenn has to cope with the fact that he has amnesia. Not just a mild case of forgetting. He doesn’t know who he is, where he’s from, how he got to the bog, or what his purpose in life is.
While he’s struggling with these circumstances, along comes damaged, talking vines, and a cantankerous dragon-spirit, to complicate things for Fenn even further. The dragon-spirit’s name is Hasen, and he is the guardian spirit for the forest on the Isle of Salt. Fortunately for Fenn, as irascible as Hasen is, not only does Hasen heal the damaged vines, he also rescues Fenn from the bog, saving his life. 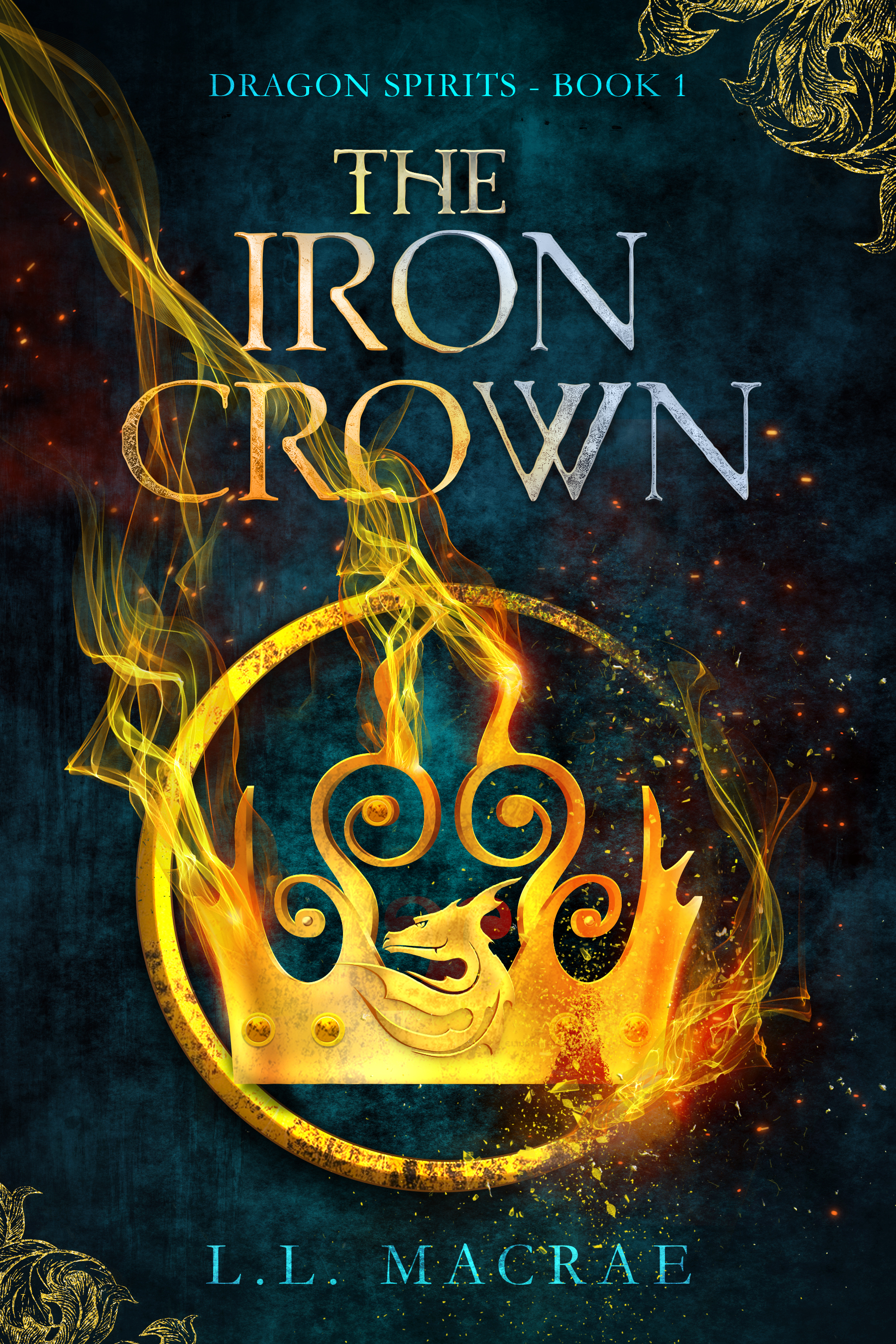 But this meeting with Hasen is just the beginning of Fenn’s journey. After encountering Calidra and Jisyel, who bring Hasen to the residence of Jisyel’s grandmother, the plot thickens. Soon, with his new loyal friends at his side, Fenn leaves the island for the mainland, in hopes of discovering his identity, and how he lost his memory.
Eventually, Fenn learns that a deadly spirit, called the Myr, is responsible for the theft of his memories. The Myr threat, coming back to the land after a five-year absence, promises that war will return to Tassar. Fenn is considered “Myr-touched”. The apparently sinister Myr, literally sucks the life out of the land, including the memories of those that encounter them, like Fenn.
The Myr have ravaged the realm in the past, and corresponding magic, cunning, and bravery is needed to stop them. Enter the unlikely heroes in Fenn, Calidra, and Jisyel. The trio is joined in time by Delays, a high priest, who worships the Dragon Spirit Neros, and Varlot, who was once a military commander.
These characters will embark on a quest where truths will be challenged, incredible dangers will be confronted, and ultimately Fenn will gain more insight into who he truly is.
This fantastic book was also a COMPLETE book. Characters, worldbuilding, prose, plot, pacing, in The Iron Crown, MacRae had these components firing on all cylinders. You know, for me, it always begins with the characters, and I have to admit I adored the characters in this novel.
They were all slightly blemished in their own way, to some degree. But they were all very compelling. The mysterious Varlot seems to have a gambling addiction, Calidra is suspicious and grief-stricken, Fenn, of course, is tortured by his amnesia.
My favourite perhaps was the eponymous Iron Queen (who holds the Iron Crown) herself. She definitely lives up to her moniker, ruling the land with a ruthless, fanatical edge, who deploys foreboding Inquisitors among her minions. Formidable female rulers will always be a favourite for me, sinister or not. And the Iron Queen was definitely ominous, as ominous as the Myr, in my opinion, though she is looked to as the leader that people need to get them through the Myr crisis.
The worldbuilding was superlative. Dragons who are spirits (rather than rampaging marauders who raze cities to the ground with baleful fire breathed from their mouths), bound to the elements, griffins, shadow creatures, the Myr (who may not necessarily be the great existential threat they initially appear to be), and a light, soft, yet vivid touch with the magical system were the sort of features I crave in fantasy. Give me that soft magic, all day, every day!
The prose was clear, crisp, tight, and at times, very beautiful. Paired with a pace in which things happen, quickly, while never feeling like things are rushed, MacRae really gripped me with her writing ability.

“A sudden cold wind snaked through the trees, turning the damp air into freezing mist. The grass wilted away, shrinking down to the ground. Even the trees seemed to sag.”

This book is what I tag as falling into the category of “tropes done right”. When an author can take tried (or some believe tired) and true themes, and make them seem new and fresh, it’s a triumph. MacRae definitely triumphs. There are the tropes of found family, apocalyptic threat that needs to be faced, reluctant heroes, and of course, DRAGONS! What’s not to love?

It is no doubt meritorious of its finalist berth in SPFBO.

I will be looping back to pick up The Citrine Key, and continuing the series when the next book, called The Shadow Gate, which should surface sometime this year in 2022. MacRae is assuredly an author to watch.

Review – Rise of the Mages by Scott Drakeford