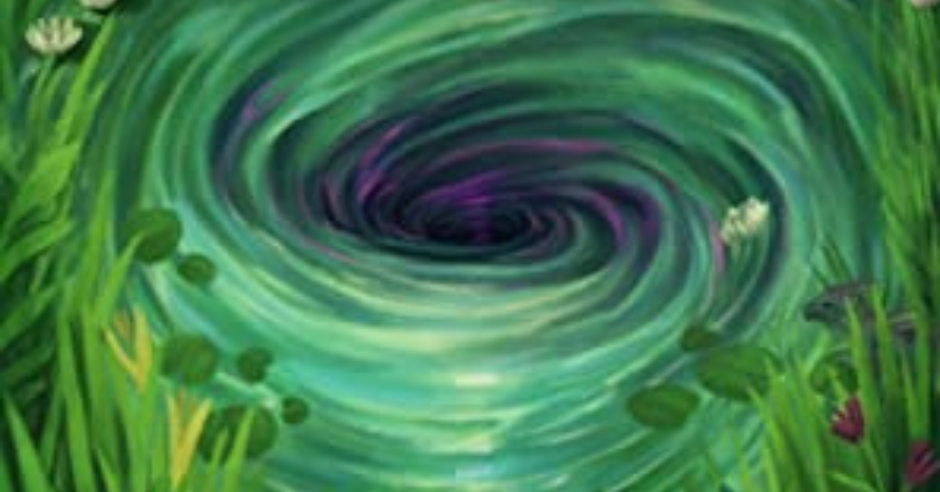 In the first part of Bjørn Again: Dan Fitzgerald we chatted about the difference between the dreamy, soft The Living Waters and the explicit adult content of its not-quite-sequel – The Isle of a Thousand Worlds.

“When I started writing The Living Waters, I didn’t set out to write a sword-free fantasy,” Dan said. “When I was finished, I realized that this book, while it was definitely fantasy, was really not at all like most fantasy because it has literally no swords or mentions thereof. But more than that, it has very little violence, and most problems are solved by the mind rather than the body.

“Isle is the story of the body and the mind, represented by Patia (the body) and Gilea (the mind). So I tried to go as deeply into the physical with Patia’s chapters as I did into the metaphysical with Gilea’s chapters.”

This made me wonder. Not just in fantasy genre, but in general, graphic descriptions of consensual sex make the book, movie, or song “adult content,” where violence doesn’t. The body count in Die Hard, which is considered one of the greatest Christmas movies of all time, is 23. The so-called Nipplegate actually got Janet Jackson cancelled – her career didn’t recover for over a decade, because the delicate American minds were blown by the horrible sight of a woman being in possession of a nipple.

I’ve been avoiding violent books in the last few years, because the last few years have been, well, you know. Yet I used the phrase “adult content” in the first paragraph, and I did not mean bloodbaths. I had to ask myself – what’s wrong with me? Am I smut-shaming books here?

“I had something similar with the Maer Cycle–Hollow Road, while not a kids’ book, only has closed-door sex scenes, whereas The Archive [book two in the series – Bjørn] has quite a few, some fairly detailed. Lilly Ellison of Fiction Fans podcast referred to my “smutty sequels,” because both series have the same “problem.”

“I had many discussions with many women about how I was portraying Patia in The Isle of a Thousand Worlds, and about the fact that a female main character isn’t allowed to be certain ways–lusty, stubborn, focused on her own wants and needs, etc. She just comes off as unlikable. And that was, and is, a concern. Some female readers have said positive things about her portrayal, but perhaps there are others who didn’t like her and simply didn’t say so. I may never know. It was a big risk, and I can’t say that the payoff has been there for me, but I’m moving on to other projects, having learned a great deal.”

Knowing the answer, I asked anyway. What is people’s problem with Patia?

“ The biggest issue seems to have been that she was just too powerfully motivated by fulfilling her own needs, be they sexual or otherwise. But mostly I think it was the lustiness. So I toned it down, though I did hesitate, because male characters are maybe allowed to be a bit more lusty than female ones, and it bothers me. But I’m a cis het man, and when three women said some version of the same thing, I listened.”

Could the “older” bit be the problem? Aren’t ancient people above 40 supposed to just…decompose or something?

“While I’m not as old as them, I am over fifty, and I can say with confidence one’s sex life can age like wine if one is open to the possibilities,” Dan smiles. “I also think it’s really important to have older characters with rich romantic and sex lives. Quenby Olson does a fabulous job in that regard, and she’s an absolute icon in my eyes.

“I had a lovely beta reader, Susan Hancock, who loved the fact that Patia, an older woman, was lusty and went after what she wanted and didn’t let anything get in her way. She also helped calm my brain-weasels about writing multiple sex scenes from a female point of view–and let me tell you, I almost shelved the damn book over my anxiety on that topic.”

It was at this point that it dawned on me that perhaps straight people could be queer too. I didn’t want to pry into Dan’s personal life, though, since am a v. tactful person filled with restraint and known for impeccable manners.

“I’m pretty straight in my attractions. But when I read a book about a love story, or a sex scene, the genders or bodies of the characters matter less. I can find an M/M scene hot af, and it’s not really related to my own personal attractions. It’s the skill of the writer in conveying the emotion and the visceral feel of the scene. Or maybe I’m exploring in some way I’m not really aware of? Who can say? As far as I know, it’s nothing more than me wanting to feel all the feels, not just the ones I’m supposed to be feeling…”

This reminds me of the time when I failed to join Amsterdam’s gay scene. It seemed to consist of topless, ripped guys, who briefly interrupted their orgies to do some drugs as house beats shook the walls. For a long time I struggled with the thought that “I’m not being gay right” because out of all those things I was only interested in drugs. I mean, music. It took me a long time to understand that the reason why homely, chubby nerds like me were not a part of the gay circuit scene was that we were chubbily nerding at home. If you don’t step on the stage, don’t expect an audience… or? Is it possible to be simultaneously mainstream and different?

“I have been searching for romantic stories that aren’t traditional, that have heft and weight and all of that. I read books that sound interesting, and I have definitely made it a point to read M/M, F/F, M/F, and NB romance stories. I want to learn as much as I can about how romantic stories can be constructed, but honestly, I just like queer romance stories better.”

Hold on there, Buster. How did we end up here? Didn’t you say you write fantasy? Isn’t it bad enough that the only swords hide in the characters’ pants? (I have no regrets.) Many reviewers, when they encounter romance in a fantasy novel, either say the book would have been better without the consensual cuddles, or add “normally I don’t like romance in fantasy, but…” disclaimers. Anyway. What are you writing, Dan?

“My next books will be: The Delve (romantic dungeon fantasy), Wings so Soft (fantasy romance), and Cloti’s Song (romantic fantasy with enough sex scenes some might be tempted to call it erotica–and it might be fantasy romance/erotica; only time will tell),” Dan says helpfully.

Why is one romantic fantasy and the other fantasy romance, I ask. I don’t dare ask what “romantic dungeon fantasy” is.

“I am no expert, but it’s clearly a bit of a continuum, and all my next 3 books fall somewhere on that continuum, but each lands in a different spot. I can confidently say that Wings so Soft is a fantasy romance, because the love story is really the main event. The fantasy stuff is cool, but it’s background, and when I was writing it, I kept finding myself pushing it a little farther away from the story because I wanted the relationship to shine, which I really think it does. I have high hopes for this book.

“I’m learning as I go, and editing is a thing that happens, so we’ll see. But I’m all-out writing exactly what I want to read, and that is fantasy books with lots of feels and lots of sex.”