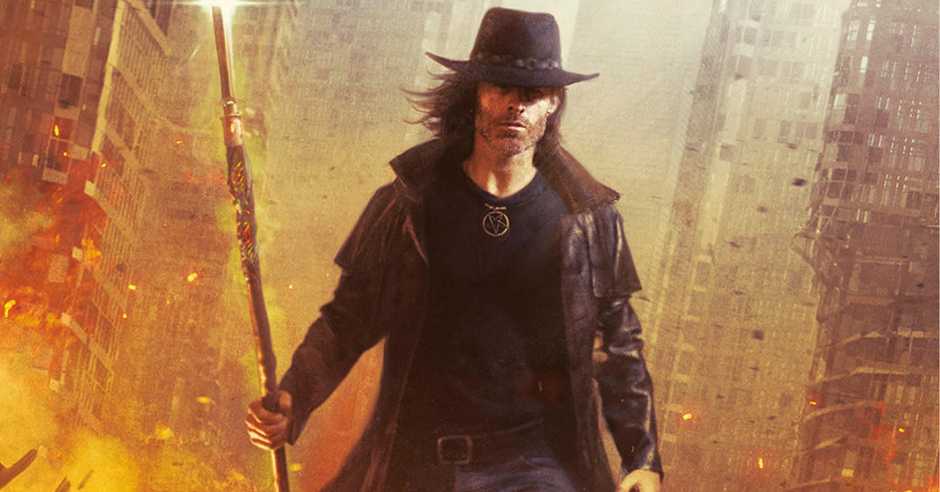 Here we are again, talking about favorites from 2021. This time, the best of list comes from Ben from Literature & Lofi, one of my favorite booktube channels. If you aren’t following Ben, you really should be. He puts out detailed and thoughtful content weekly and is a very active member of the reading community on Twitter. He also has exceptional taste in books and a real love of SFF. Something that comes across in every review or conversation he has about reading.

Winter delivers yet again! Immerse yourself in a fast paced rushing flurry of emotions and action. The story is getting more serious and even darker with major repercussions for Tau, our main protagonist.

Desperate to delay an impending attack by the indigenous people of Xidda, Tau and his queen craft a dangerous plan. If Tau succeeds, the queen will have the time she needs to assemble her forces and launch an all-out assault on her own capital city, where her sister is being propped up as the ‘true’ Queen of the Omehi.

If the city can be taken, if Tsiora can reclaim her throne and reunite her people, then the Omehi might have a chance to survive the coming onslaught.

We Men of Ash and Shadow - Holly Tinsley

The book that has successfully captivated my interest in the grimdark genre. Expect witty dialogue and constant street-brawling drama between some of the most gripping characters I’ve EVER read!

Shamed by his deserter past and seeking to make amends for his many misdeeds, a chance encounter with Tarryn Leersac – a skilled young would-be-assassin fallen from the graces of high society – leads Vanguard to become an unlikely mentor.

Charged with hunting down the killer of two guards left washed up on the banks of the canal, the further Vanguard delves into the underbelly of the city the more he finds himself entangled in a web of secrets and lies.

A prominent aristocrat is missing. Crime lords, con men and harlots run amok and the city teeters on the brink of another revolution.

With his already precarious reputation hanging by a thread, Vanguard must piece together how and why the last war came to pass, find a way to earn redemption for his mistakes and come to terms with the past in a city where few survive, and even fewer can be trusted.

A Grimdark novel with elements of adventure and gaslight fantasy, ‘We Men of Ash and Shadow’ explores themes of redemption, loyalty, and betrayal against the backdrop of a world where survival often means compromising your values.

‘We Men of Ash and Shadow’ is an adult fantasy novel and as such, contains adult themes and language.

Legacy of the Brightwash - Krystle Matar

Speaking of sensational character work, Legacy of the Brightwash does a superb job at exploring the intricacies and dilemmas individuals face but in an incredibly intimate and engrossing manner. The exceptional world building isn’t to be discounted either.

Three years ago, he stood by when the Authority condemned Jason to the brutality of the Rift for non-compliance.

When Tashué’s son refused to register as tainted, the laws had to be upheld. He’d never doubted his job as a Regulation Officer before, but three years of watching your son wither away can break down even the strongest convictions.

Now this is a book that is absolutely charming. The world is enchanting. The character arcs and stories are unbelievably poignant and meaningful. The Seasons of Albadone is definitely a book that will take you completely by surprise. It’s a breath of fresh air and a very sessionable read.

An aspiring enchantress searching for a way to lift a terrible curse.
A drunken father makes a dangerous wish.
A foreman tilting the balance between nature and progress.
A mother traveling with her dying child in search of a healer.

This is a landmark book for the series where once again the playing field is changing. We watch our favourite wise-cracking, supernatural delving, detective-turned-wizard, face off against unsurmountable odds. It’s both cathartic and terrifying at the same time!

Harry has faced terrible odds before. He has a long history of fighting enemies above his weight class. The Red Court of vampires. The fallen angels of the Order of the Blackened Denarius. The Outsiders.

But this time it’s different. A being more powerful and dangerous on an order of magnitude beyond what the world has seen in a millennium is coming.

And she’s bringing an army. The Last Titan has declared war on the city of Chicago, and has come to subjugate humanity, obliterating any who stand in her way.

Harry’s mission is simple but impossible: Save the city by killing a Titan. And the attempt will change Harry’s life, Chicago, and the mortal world forever.

How could I not mention Nell’s Kings of Paradise? A self-published grimdark which has left me with a taste for more in the genre. Masterfully written, this book will toy at your emotions and tug at your heartstrings in the best possible way!

A deformed genius plots vengeance while struggling to survive. A wastrel prince comes of age, finding a power he never imagined. Two worlds are destined to collide.

Only one can be king.

Ruka, called a demon at birth, is a genius. Born malformed and ugly into the snow-covered wasteland of the Ascom, he was spared from death by his mother’s love. Now he is an outcast, consumed with hate for those who’ve wronged him. But to take his vengeance, he must first survive. Across a vast sea in the white-sand island paradise of Sri Kon, Kale is fourth and youngest son of the Sorcerer King.

And at sixteen, Kale is a disappointment. As the first prince ever forced to serve with low-born marines, Kale must prove himself and become a man, or else lose all chance of a worthy future, and any hope to win the love of his life. Though they do not know it, both boys are on the cusp of discovery. Their worlds and lives are destined for greatness, or ruin.

But in a changing world where ash meets paradise, only one man can be king… The first installment of an epic, low- fantasy trilogy. Kings of Paradise is a dark, bloody, coming-of-age story shaped by culture, politics, and magic.

A real knockout follow up from the already well loved Never Die book. Hayes expands on the characters, history and the eastern fantasy lorr for the works that this story is set in. Yet again, this book defies to disappoint with character arcs that are so rewarding to watch develop and unfold.

Five years ago, Yuu made a mistake that cost her everything. Once a renowned strategist and general, now she is on the run, royal bounty hunters snapping at her heels. But what if there was a way to get back what she lost, a way to bring back a murdered prince?

Once a century, the gods hold a contest to choose who will rule from the Jade Throne. Each god chooses a mortal champion, and the fate of heaven and earth hangs in the balance.

On a battlefield full of heroes, warriors, assassins, and thieves can Yuu survive long enough to learn the rules of the game, let alone master it?

An epic conclusion to an urban fantasy series that I can’t help but love. We watch the conspiring between rival family clans come to a head in a way I could never have percieved coming. It’s an emotionally devastating bow out to so many characters that I’ve bonded with and watched both grow and sabotage their aspirations.

Jade, the mysterious and magical substance once exclusive to the Green Bone warriors of Kekon, is now known and coveted throughout the world. Everyone wants access to the supernatural abilities it provides, from traditional forces such as governments, mercenaries, and criminal kingpins, to modern players, including doctors, athletes, and movie studios.

As the struggle over the control of jade grows ever larger and more deadly, the Kaul family, and the ancient ways of the Kekonese Green Bones, will never be the same.

The Kauls have been battered by war and tragedy. They are plagued by resentments and old wounds as their adversaries are on the ascent and their country is riven by dangerous factions and foreign interference that could destroy the Green Bone way of life altogether. As a new generation arises, the clan’s growing empire is in danger of coming apart.

The clan must discern allies from enemies, set aside aside bloody rivalries, and make terrible sacrifices… but even the unbreakable bonds of blood and loyalty may not be enough to ensure the survival of the Green Bone clans and the nation they are sworn to protect.

Hey the name's Benjamin from Literature & Lofi. You can find me posting weekly videos on my booktube channel or on Twitter shouting about my love for Dresden Files out into the void. Reading, reviewing and recording is something I love to do in my free time which is steadily requiring more and more caffeine as the channel builds momentum. My passion for the fantasy genre was reignited a couple years ago. Now I'm trying to make up for lost time by reading some of the big household names, while also advocating for indie/SelfPub books. (A section of the SFF community that is growing rapidly). My goal is to spark constructive discussions within the reading community. I try to be a positive reviewer, looking for the strengths in books and critically considering who they are perfect for. Recently I've gained an interest in urban fantasy and the next year will entail me diving much deeper into that sub-genre. My guilty pleasure is reading romantic fantasy. I'm also beginning to dip my toes into grimdark. Champion of #IndieAugust Creator of #FebruarySheWrote