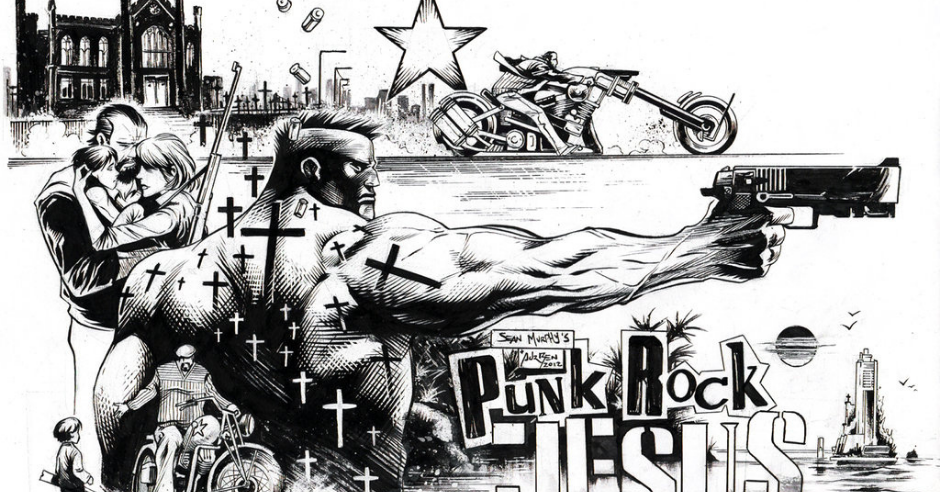 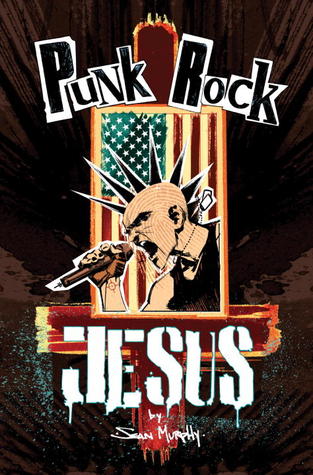 Anarchy in the USA 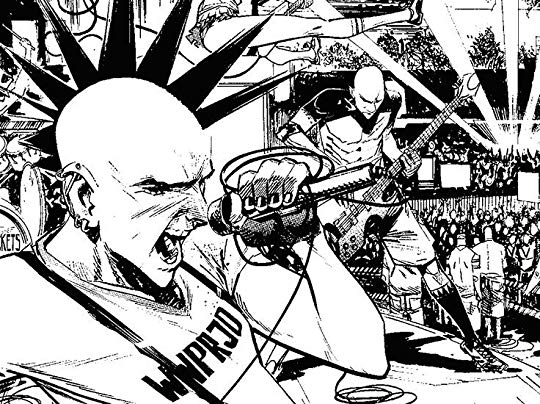 From the pubisher, “A reality TV show starring a clone of Jesus Christ causes chaos across the U.S. of the near future in PUNK ROCK JESUS, a new graphic novel written and drawn by Sean Murphy, the acclaimed illustrator of JOE THE BARBARIAN and AMERICAN VAMPIRE.

J2 causes both outrage and adulation. Religious zealots either love or hate the show, angry politicians worry about its influence on the nation, and members of the scientific community fear the implications of cloning a human being at all, let alone the Son of God.

Thomas McKael is the clones’s bodyguard and former IRA operative, who despite his turbulent past is hired to protect the new Jesus—a baby who captivates the world, but grows up to become an angry teenager.

When falling ratings force the network to cut Jesus’s mother from the series the young star runs away, renounces his religious heritage and forms a punk rock band. And what starts off as babysitting for Thomas becomes an epic battle, as Jesus goes to war against the corporate media complex that created him.”

I seriously can’t decide how I feel about this series. It is angry, defiant, thoughtful, and current. It reminds me of a manifesto written by a Catholic school teenager who wants to rise against his upbringing, It is really, really strange. Strange and a solid read. 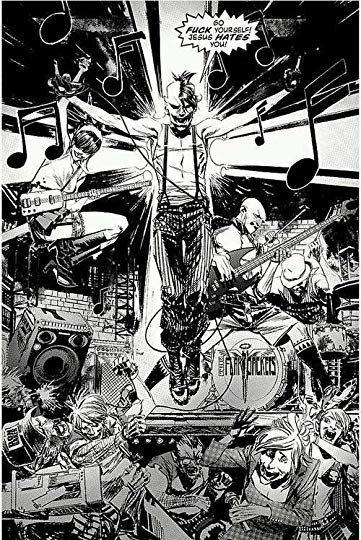 Chris is a typical 15-year-old Jesus clone. Angry at the establishment. The establishment is all of Christianity who has deified him as some supposed clone and destroyed the chance he will ever have at a normal existence. Turned his life into the Truman Show, and killed his mother because she is weak for ratings. SO F#$% YOU, F#$% RELIGION, F#$% EVERYONE (cue guitar riff.) Somehow, a scientist has a pet Polar bear, a daughter who is really not her daughter, and the cure to save global warming.

As you can see, this is a book about extremes. Extremes in Christianity, extremes in religious fanaticism, all of America is brimming with fat, lazy and stupid people who don’t know their ass from their elbow. Everything is black and white. Life is not black and white at all, which is why this book reminds me of an angry teenager. The dialog, the plot, and even the graphics and pen work are all done in this stark and contrasting style. Whether the illustrator/writer did that on purpose or that was just a stylistic choice remains to be seen, but it lends itself to the dialog. In a lot of ways, the pacing of this novel is a mess. It speeds and jumps around in gigantic leaps of time. The clone of Jesus is 1 year old, then 3, then 10, and then 15. Again, this might be a stylistic choice emulating the time jumps in the bible. If it is, that is a pretty nuanced plot addition.

I feel like all these decisions the author made regarding the extremes in his storytelling were very specific and deliberate. He could have written a much better and more exciting book with the same plot and given it more heart and reality and less punk rockness.  But that’s just me. It is an entirely plausible thing for a Hollywood studio to do. Clone is a famous person who is a deity to a billion people and watches the ratings soar.

My recommendation is, as usual, to read it. It isn’t great, it isn’t horrible. Just angsty enough for me to feel old and annoyed at the very same time. But kinda fun, and crazy. Again, what the hell is up with a polar bear. Make up your own mind, and drop me a note about it. I am curious about other takes. 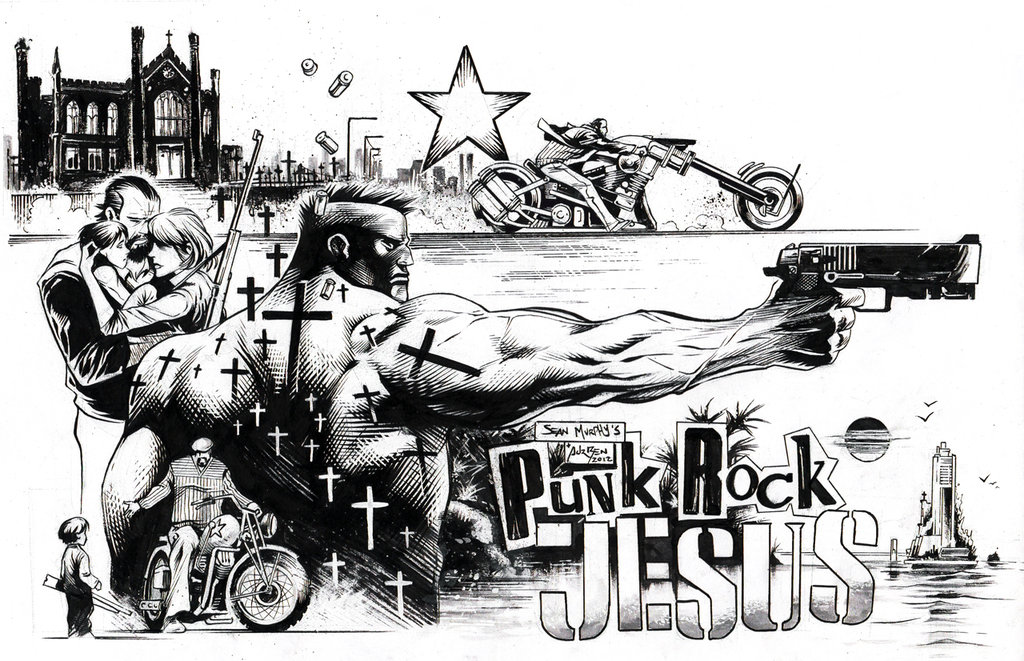