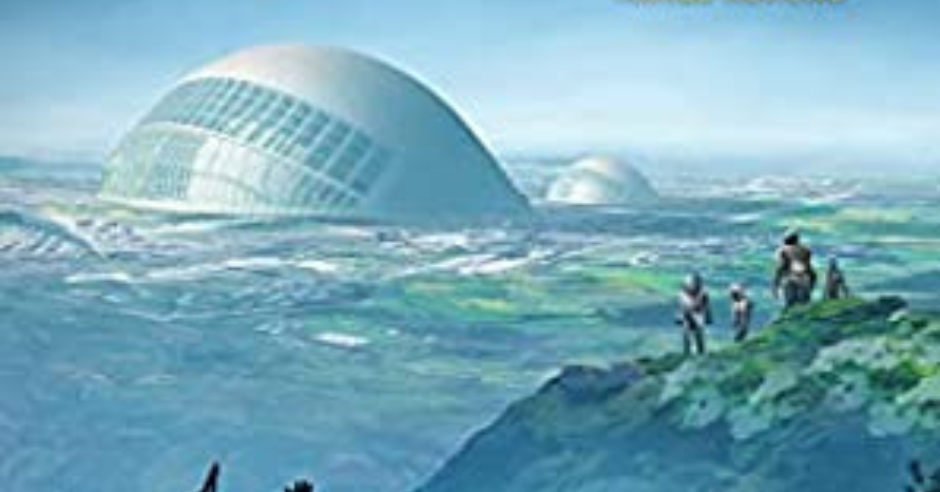 By Beth TablerAugust 6, 2022No Comments

Check out our continuing series featuring authors from the finalist competition of The Self Published Science Fiction Contest.

An Interview with SPSFC finalist G.M Nair of Duckett – Dyer: Dicks For Hire

TB: Hi Beth, thanks for having me! Great question right out the gate. I find myself drawn to stories with unique worlds and loads of adventure. I like to feel like I’ve covered a lot of ground from the beginning of the book to the end. The weirder the adventure, the better. I have a pretty broad scope when it comes to reading, but that description fits my favorites.

TB: Ever since I was a kid, I was writing little comic books for my third-grade class. I’ve been chasing that dopamine hit ever since. Multiple times throughout my childhood and schooling, I had attempted to create a novel, sometimes side-stepping writing in favor of other mediums because I wasn’t confident in my skills. It was only after I was outlining a short animated film that was initially going to be In the Orbit of Sirens that I realized I finally had enough meat there to do something bigger. It was not going to fit into a snug 5-minute short. I convinced myself it was worth it to try, even if I could fail. I buckled up and began outlining. I have now finished my trilogy, and people are enjoying the world I built, so I am delighted I pushed myself to try.

TB: I’m a plot first guy. I outline the flow of the story first, what needs to happen to the world, then I go back over it and learn what my characters might learn about themselves or the world during those events. There are Pantsers and Plotters, but I consider myself a Gardener. I plan the field to sow, but what grows is natural. When I am finally in the thick of writing, I have all my pieces in the right places, and my characters still surprise me when confronted with the situation I laid out. I do this to have a complex plot and get the most impact from my characters.

TB: I loved my experience with the SPSFC. I was convinced I’d be eliminated within the first round when it began. I was thrilled I made it to the semi-finals, then floored when I became a finalist! In the Orbit of Sirens ended up placing 5th, and I couldn’t be prouder! If other authors are reading this, I highly recommend joining if you can. The exposure was great, my sales increased, and I met many other excellent authors and bloggers. Seriously, I wish I had more books so I could enter it again, but I wish the best of luck to SPSFC2’s contestants.

I look forward to seeing it play out without the pressure of hoping to win.

Getting to meet other bloggers and authors. I feel like my writing sphere got larger. It was also fascinating seeing all the reviews from the judges. Just overall a positive experience.

In the Orbit of Sirens
The Song of Kamaria Trilogy, Book 1
by T. A. Bruno

THE LAST FRAGMENTS OF THE HUMAN RACE ARE FORCED TO ADAPT TO A DANGEROUS NEW WORLD OR FACE EXTINCTION.

When starship mechanic, Denton Castus, is caught in the destructive path of a devastating war, he abandons his home and seeks refuge on a distant planet. However, this new safe haven has undiscovered threats of its own. Eliana Veston, a scout preparing the planet for the refugees, struggles with a deadly pandemic that is killing off colonists. The hunt for a cure unleashes a new threat to humanity—the Sirens—mysterious beings with incredible powers and a deep hatred for invaders.

TB: In the Orbit of Sirens is a culmination of decades of ideas spinning around in my head. I mentioned before that I used to make comic books for my third-grade class. That was the initial “brain bug” that I occasionally developed throughout my life. Sure, almost nothing survived from that initial comic book, but it got the gears churning. In college, I tried the comic book again, this time with a lot more skill. I made the mistake of attempting to “Pants” it, just plow into it and see where it goes, but my ideas were too complex to just ramble through. I put it aside until years into my career. I tried to once again write it and failed. 6 years ago, I decided to try outlining the damn thing, and finally, it had legs. I wrote it to make the 3rd-grade version of myself happy.

TB: oof! This is a tough one to answer because my readers know I can be pretty mean to my characters. I’m going to answer as broadly as possible and say, “ALL of At the Threshold of the Universe (Song of Kamaria #3) is the most brutal scene.” Which is unfair, but that’s what I’m going to roll with.

TB: In the Orbit of Sirens was originally about double the length in the first draft. I had started my story in the wrong place, and there was too much “shoe leather” in the book. The characters didn’t make it to Kamaria until part 2. It wasn’t until my last beta reader suggested, “Hey, why not start the book on Kamaria with Eliana?” I churned that idea in my head and realized it was brilliant and not-to-be-ignored. I rewrote it, saving Denton and Eliana’s first interaction for part 2 instead of having Eliana and John Veston on the Telemachus with everyone. I feel like it worked. We’re all on Kamaria from page 1, which changed Eliana’s story’s flow to be way more interesting. Beta Readers are heros!

TB: Oh, for sure. I am an avid watcher of nature documentaries and a lover of trivia. Basically, anything I saw in those documentaries, I asked myself, “how would Kamaria do that?” Kamaria is “Earth-Like” but also 5 steps removed from what we understand.

If we’re talking serious research, On the Winds of Quasars (Book 2) features characters from the Deaf Community. I reached out to people in that community to help me create authentic characters and bring Sol-Sign, an adaptation of American Sign Language, to the story. I had a Deaf Consultant as well, and their involvement was amazing. I learned so much about their community and unique culture, and people seem to love the characters birthed from that process. It made the world feel more beautiful.

TB: At the moment, I just released At the Threshold of the Universe (Book 3) a few months ago, and I’m tapped out of energy. I have some brainstorms on the horizon, things that involve Kamaria but won’t require reading the trilogy to understand in case new readers want to hop in elsewhere, but so far, those are just rumblings of ideas. Until the right story finds me, I’m keeping busy digitally sculpting all of the creatures and characters in the trilogy to create a companion book. A cool little art book/nature document that fans can explore and refer to remember all the cool natural elements of Kamaria. I don’t know when I will have that ready, it might be a far way off because the art involved takes time to do right. But it’s been fun!

Thank you for having me on your blog. I really enjoyed this interview—excellent questions!

Buy In the Orbit of Sirens from Amazon