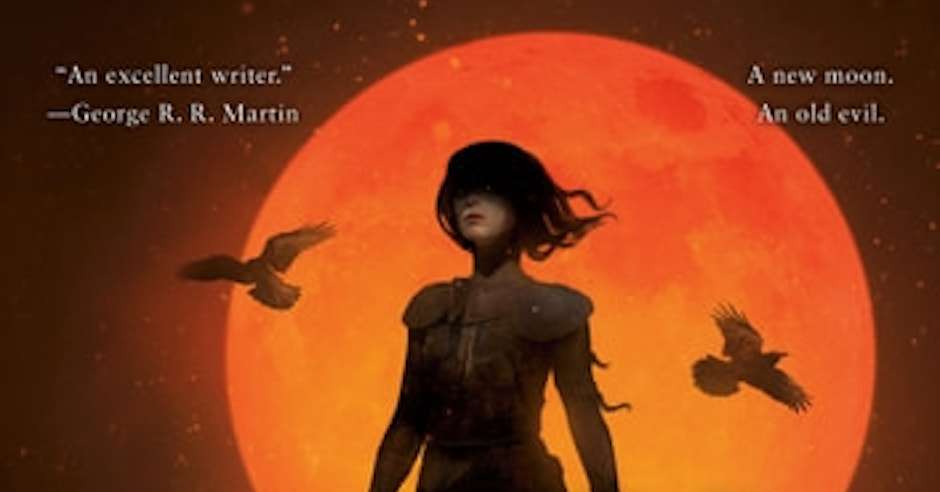 An Interview With Author Mark Lawrence

Home » All Reviews » An Interview With Author Mark Lawrence

New York Times Bestselling author Mark Lawrence is widely known in the fantasy world as a bit of a chameleon. He is comfortable writing stories that travel in the grimmest of worlds with the most questionable characters to ones of a reality bending fifteen-year-old genius in 1986.

Mark sits down and chats with us about writing, SPFBO, and his newest novel, The Girl and the Moon, the finale to his Book of Ice series. 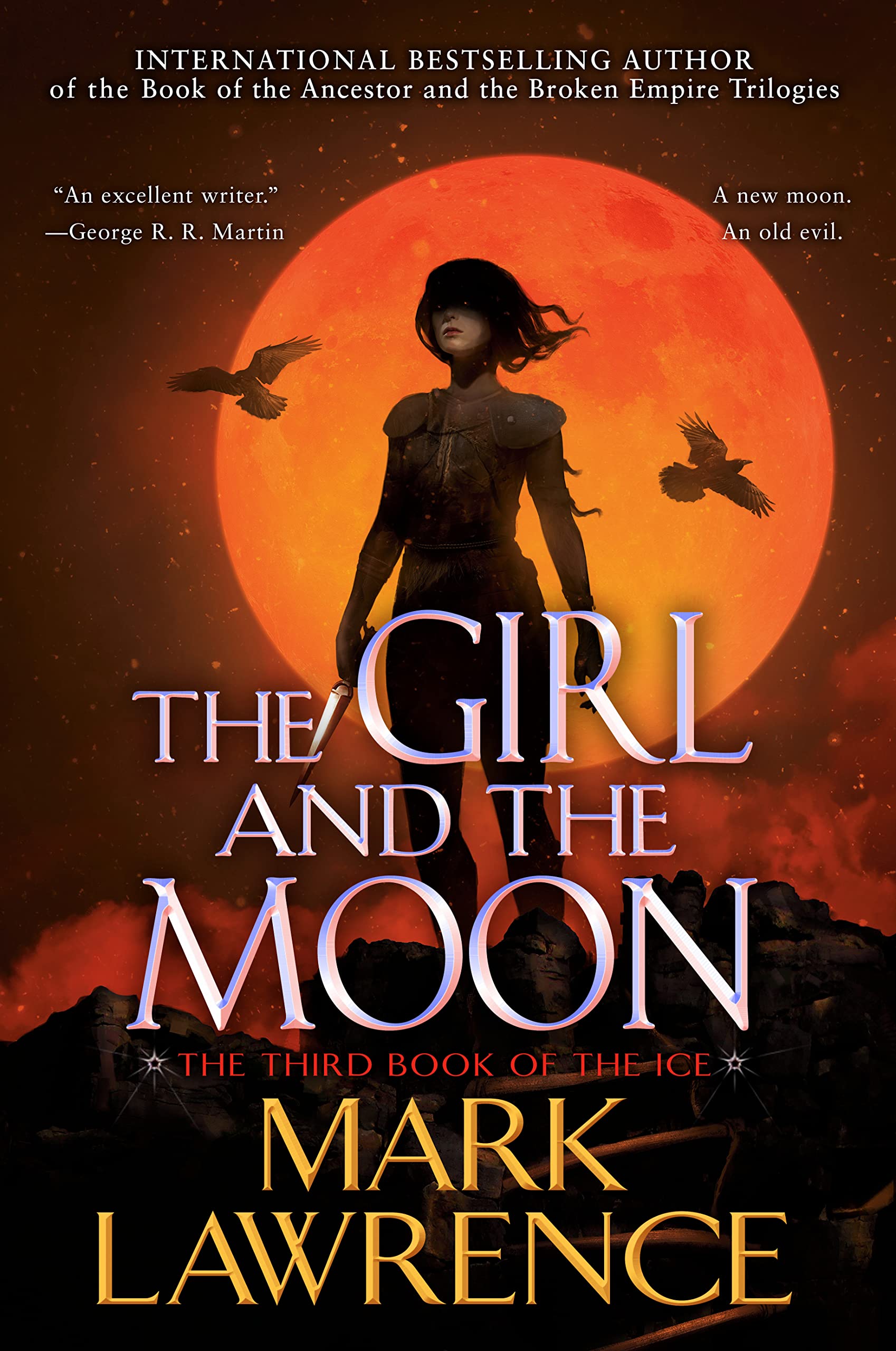 [B] You have a degree in physics and hold a Ph.D. in mathematics. Creativity in physics and math is expressed by asking questions and testing them. When plotting a story, do you use the same sort of process? Or is the creative space completely different when writing?

[ML] It’s completely different (for me). Writing is largely an unconscious process as far as I’m concerned. I don’t spend a lot of time running it through my mind. When I do it’s mainly to ask after the event whether it makes sense or not – the “couldn’t the eagles have flown the ring to Mount Doom?” sort of sanity check.

[B] What was it like being nominated and shortlisted for a Nobel Peace Prize? I know that it was for a small contribution to the North Carolina Committee on justice reform. It is quite the bucket list item to check off.

[ML] People who say “it was surreal” always annoy me. Show some more originality!

It was surreal. I have a medal from the Governor of North Carolina!

I suspect its most lasting impact will be the smile I have whenever I remember that Voyager decided to put it into my author blurb on the books, including (I think) the 10th anniversary edition of Prince of Thorns. I like to imagine the readers doing double-takes.

[B] Your daughter Celyn wrote a book Wheel-Mouse vs. All The Crazy Robots, at age 8, with proceeds going to Children’s Hospice Charities. How did that come about? I read it and loved all the pooing robots.

[ML] It’s a fine piece of literature. I’m surprised she wasn’t the first member of the family nominated for a Nobel Prize. As far as I remember (and it was 10 years ago now – she turned 18 last week) I was just entertaining her and thought we could make a story with someone in a wheelchair so she had someone like her in it – such things were thin on the ground in 2012 and may well still be. So, I asked her lots of questions about who our hero would be, and then what would happen next etc. And at each turn she tended to choose the most “out there” option, and we ended up with Wheel-Mouse battling pooing robots. A classic was born. A semi-finalist for the Goodreads Choice Award for best picture book that year!

[B] I read that you DM when playing D&D; in your opinion, what makes a good DM? Is it preparedness or on-the-fly creativity?

[ML] I did DM when I played. I haven’t run a game since my kids were small, but DM is my natural station in such things.

I think maybe the most important ingredient – and the one I lack most – is being a good actor. You have to play the role of many different individuals that the players encounter. Being able to portray them well is a key to bringing the whole thing to life. Sadly, I have all the acting ability of a tree stump, so I had to fall back on storytelling, imagination, preparation, and on-the-fly creativity, all of which are important components too.

The improvisation needs to be kept in check though – I feel that the players like to know there are fixed truths at play, rather than the story is dodging around them just to keep things going. If a character is saved (or killed) by something the DM makes up on the fly, it feels too arbitrary and lacks importance. The players need to know that they have beaten – or been beaten by – a set challenge, and that the improvisation is more about adding colour than about changing the game to let them win.

[B] When you build a new story, do you start with the world or a character?

[ML] Almost always with character – though I think with Red Sister I probably decided on the world first (i.e. ice corridor maintained by artificial moon – the rest, including nuns, came as I wrote).

My books are primarily about characters, so character is the place to start for me.

[B] What do you think the grimdark as a whole might look like in ten years, and what do you see as the strongest influences of the past five years?

[ML] Now you expose my ignorance. I’m still not entirely sure what grimdark is. According to my own polls, I don’t seem to have written any for 10 years, and I’ve not read a lot of it either. I couldn’t tell you what the influences are or what the future holds. I just write the books I feel like writing, and let other people take care of the rest.

[B] From a publishing perspective, are there different expectations of what grimdark is and what is expected from a story dependent on what part of the world you are in?

[ML] I’m not sure I know what this question means. I don’t feel publishers think about grimdark as a subgenre. They seem to consider the word as a synonym for violence, and it’s not a word that I remember seeing printed on either of my main publishers’ books.

If you’re asking whether the US publishers seem any different to the UK publishers in this regard … then no. 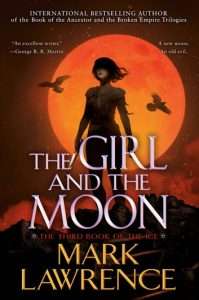 [B] After almost a decade of running SPFBO, what have been some of your personal highlights or memorable moments from the competition?

[ML] Oddly, I guess it has to be a book that was failed by the SPFBO in the formal sense. Senlin Ascends didn’t make the final, it was edged out of a finalist spot by Path of Flames (which came 2nd overall – with The Grey Bastards taking 1st). But seeing the publicity lift that book from an obscurity where it looked certain to remain, to a wide audience that it totally deserves, was very heartening.

Otherwise, it’s really ‘just’ seeing a good number of authors really welcoming the attention that the contest was able to focus on their books, gaining them reviews and readers. It’s been really nice to see the finalists each year bond and form friendships / support circles. Lately, they’ve been doing mass zoom-sessions which you can watch on YouTube.

[B] Since the competition’s inception, can you see a recognizable impact in the reception of independently published fantasy?

[ML] I think the profile of self-published fantasy has definitely increased over the last 5-10 years. What part the SPFBO played in that is impossible to say. I’m sure the direction of travel would have been the same with or without the contest. But it has been, and continues to be, a fun ride!

[B] You have an upcoming release with The Girl and the Moon, the third and final volume in The Book of Ice trilogy. Could you tell us a bit about the trilogy and where we are in the story?

[ML] Grrr… I hate talking about my books. A terrible failing in any author. Can we leave it at “it’s good, read it”?

The story is set on an ice-covered planet and follows the eponymous “girl” on a really long journey where her horizons rapidly broaden from the life she had been living on the edge of survival in the frozen north. (99.999% of the planet is frozen, but the north is COLD with caps).

Our hero, Yaz, has reached a slightly warmer bit of the world by book 3, and the gloves have come off!

[B] Did you know the ending of The Book of Ice trilogy when you started writing it?

[ML] I didn’t know the ending halfway through the third book.

[B] All of your main protagonists, Jorg, Jalan, Nick, Nona, and now Yaz, all have very distinct voices. I read that you based Jorg on Alex from The Clockwork Orange, and you created Jalan as the opposite of him. What was your starting point for the creation of Yaz?

[ML] My other main characters (with the exception of Nick Hayes in a real-world story, set in 80s London) are fighters – an unwilling one in Jalan’s case, but he knows how to swing a sword and will do so if cornered. With Yaz I wanted someone who, although tough and brave, was not given to violence and not trained with weapons. She’s also the closest I’ve come to a traditional hero, someone motivated by the general good, not prone to anger or selfishness. Hardly groundbreaking, but a change for me.

The books have a theme of hanging on to humanity in the face of implacable pressure to do otherwise. On the ice existence is so precarious that logic dictates there’s no room for weakness, and yet Yaz refuses to surrender to the draconian solutions her society adopts. A starting point for her character was to have someone who would care about these sorts of things and to have the courage to try to do something about it.

[ML] Hard to say. Mainly, I guess it was just something new. I haven’t ended books on cliffhangers before (as far as I remember … oh, wait, The Liar’s Key has one, I guess). I like to vary my story, my style, my structure. This was one such variation. The books (especially the first book) are more plot driven than my other stuff, I feel. They’re still character-driven, but the plot and the action get more focus. In some of my earlier books the plot is very secondary to the character. Neither is a bad choice, in my view, just different writing approaches.

[B] Can you tell us anything about what is coming next?

The first book has as the working title: The Book That Wouldn’t Burn

It’s not very grimdark. Unless I really don’t know what grimdark is … then it might be.

Check Out Girl and the Moon by Mark Lawrence