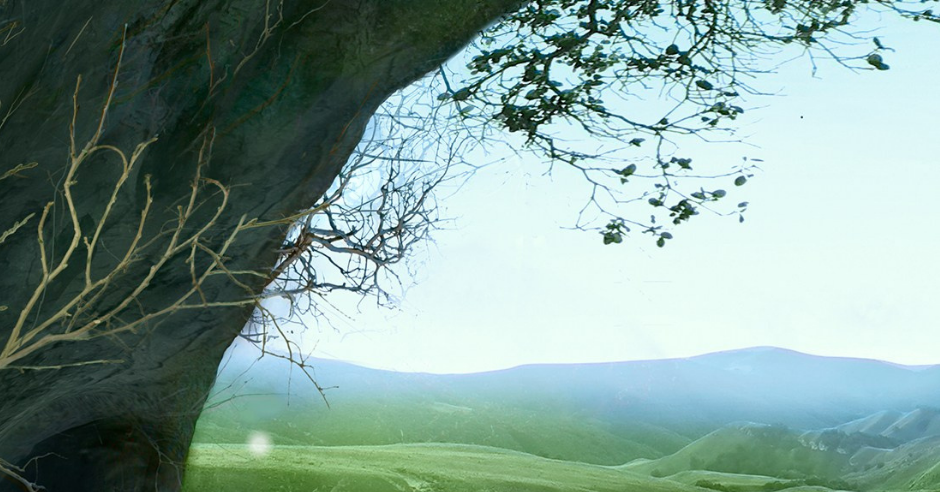 About Across the Grass Green Fields

A young girl discovers a portal to a land filled with centaurs and unicorns in Seanan McGuire’s Across the Green Grass Fields, a standalone tale in the Hugo and Nebula Award-wining Wayward Children series.

“Welcome to the Hooflands. We’re happy to have you, even if you being here means something’s coming.”

Regan loves, and is loved, though her school-friend situation has become complicated, of late.

When she suddenly finds herself thrust through a doorway that asks her to “Be Sure” before swallowing her whole, Regan must learn to live in a world filled with centaurs, kelpies, and other magical equines―a world that expects its human visitors to step up and be heroes.

But after embracing her time with the herd, Regan discovers that not all forms of heroism are equal, and not all quests are as they seem…

“She knew better now. The world was bigger now. She was bigger now, and that made all the difference.”― Seanan McGuire, Across the Green Grass Fields

Across the Green Grass Fields, Seanan McGuire’s newest addition to the Wayward Children series is bringing us a touching and verdant tale that takes place amongst centaurs and unicorns.

Seanan McGuire, author of countless novels, novellas, comics, short stories, and songs, has an inborn connection to myths and legends. In reading her stories, it seems like McGuire takes tales of old and twists them, turns them on their head, and serves them to her readers like an exquisite delicacy. I have gorged myself on her stories in the past. I can say that I have enjoyed what Seanan has written for her full catalog in one way or another. Even the stories that don’t 100% connect with me as a reader, I can appreciate her mastery as a writer. Luckily for me, she is a prolific writer, and I have many choices in stories.

All that being said, I enjoyed Across the Green Grass Fields, as I have enjoyed or loved the other books in her Wayward Children series, but this one was not my favorite. I came out of the story almost ambivalent to the plot.

The story starts with the main character, a little girl named Regan. Regan is different than other girls in the story. You see how Regan is kind and empathetic and how she stumbles in personal relationships as McGuire details the intricacies of those relationships with her peers. Girls can be mean, the mean girl stereotype is there for a reason, and she is getting the full force of it due to her “best friend.” While Regan is ten at the start of this story, that is only in years as Regan is far wiser in some ways than your average ten-year-old girl.

Regan has one passion, and that is a love of horses. According to Regan, this is an acceptable passion for a young girl. Had she had a passion, for say, bugs, she knows that she would be ostracized and shunned as some of her classmates had been. She keeps most of this love to herself and does not share it with her schoolmates. This self-awareness plays a significant role in Regan’s character’s development as the story moves onwards.

As the story continues, Regan ages, and her schoolmates physically develop. But, Regan seems stalled in her childlike stage. She is standing on the precipice of starting that terrible transition to adulthood but not quite getting there.

She goes to her parents with the question, “Why?” Why is she different than the other girls? Her parents let her know that she is intersex. I am delighted that McGuire took such a real and pertinent issue and gave it the treatment it deserves. Regan is an example of one of McGuire’s strengths, in that she treats and creates children as real human beings. They feel fear, panic, and emotional turmoil and are not treated with, pardon the pun, kid gloves.

Regan reaches out to a “friend” and explains to her friend what being intersex is. She wants to talk about a momentous thing in her life so she reaches out to a “friend.” The “friend” reacts as I can imagine some children reacting and starts yelling at her, calling her a boy and telling the school. What should be an intimate moment between friends turns into taunting and jeers from uninformed and cruel kids. Regan runs out of her school.

At this point, Regan finds a door.

If you are familiar with any of the Wayward Children books, you understand the significance of a door and what it means for the child. The door is to a place, unlike your home. In previous books, a door led children to a land of mad science and death, a goblin market, or lands made of candy. Each land changes the child.

In this child’s case, the land that Regan walked into is one called Hooflands. A land of centaurs, unicorns, and other creatures of the same ilk. Perfect land for one who loves all creatures equine. It is said when a human child comes through a door into the Hooflands; it portends to change. By the act of her coming to The Hooflands, her human nature wills a destiny into effect. One that will affect the citizens of The Hooflands and change the world they know. Regan does not believe in destiny.

“Welcome to the Hooflands. We’re happy to have you, even if you being here means something’s coming.”

The second and third part of Across the Grass Green Fields details the land of centaurs and unicorns. It is an unusual lake on the mythos behind these creatures. McGuire’s Worldbuilding is lush and verdant. Like any of her other stories across multiple genres, there is always a slightly dark edge to everything. What may be green and gorgeous with towering trees and emerald green moss will likely be housing monsters.

This speaks to McGuire’s familiarity with folk tales and legends. Before Disney, stories such as The Little Mermaid and Hansel and Gretel were tales of fancy as much as cautionary. Good does not always conquer evil. Sometimes the witch does eat the children, and the mermaid might not get the prince. And, of course, everything has teeth.

Regan spends years living amongst the creatures of The Hooflands. She becomes a wild girl, probably who she was always meant to be. She also learns self-reliance, kindness, strength of will, and character. I like who Regan becomes; it feels like a proper extension and growth for her as a character. But, as a human is an omen for significant change in the Hooflands, Regan has a destiny that will be fulfilled. Even if she doesn’t believe in fate and wants to be left alone with her found family.

“She still didn’t believe in destiny. Clay shaped into a cup was not always destined to become a drinking vessel’ it was simply shaped by someone too large to be resisted. She was not clay, but she had been shaped by her circumstances all the same, not directed by any destiny.”

The fourth and final act of the story is where Across the Green Grass Fields lost me a little bit. This book has beautiful writing, a great explanation of centaurs’ matriarchal society, and touching descriptions of the real friendships Regan makes. But, beyond the lush details, the actual plot and final crescendo of the story fell flat for me. It felt anti-climatic in the face of such excellent writing. However, I have to say that Regan’s very practical nature is entertaining to read. The vital thing to note about the ending, even though I found it anti-climatic; it is in line with Regan’s character.

One of the major themes of Across the Green Grass Fields has to do with destiny or lack thereof. Regan believes in her future, her own path. It will not be defined by what and who thinks it should. That idea starts slow when dealing with her peers’ preconceived notions and eventually crescendos at the end of the story. Regan becomes more comfortable in her shoes and does not care if that bothers anyone.

Overall, I enjoyed this addition to The Wayward Children series, great characters, and a lush world. It is solid, but I think it lacks the same oomph that other books in the series have. I will continue reading the Wayward Books, taken as a whole series; they are lovely and some of McGuires best writing.

Read the Wayward Children Series and Across Grass the Green Fields