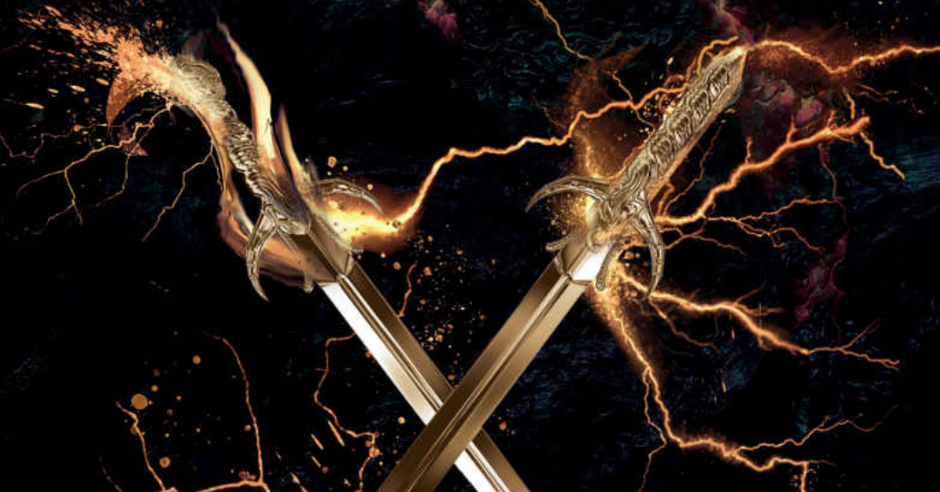 Guest Post – A Tale of Stars and Shadow by Lisa Cassidy

Dumnorix princess and born warrior, Talyn Dynan was the finest fighter of her generation

A Tale of stars and shadow

Dumnorix princess and born warrior, Talyn Dynan was the finest fighter of her generation. With her Callanan partner at her side, she was invincible, reckless, a death-knell to their enemies. But after her partner is torn away from her, Talyn is left broken, wracked with guilt and unable to regain the confidence she once had. Could an unexpected mission to the mysterious country of Mithranar, home of the magical winged folk, be the thing that saves her? Or will the danger and secrets she finds there finally break her completely?

The Shadowhawk lives a life in the shadows. Constantly hunted for his criminal exploits, yet desperate to help the human folk of Mithranar who are oppressed by their winged folk rulers, he haunts the streets of Dock City. The arrival of a foreign warrior threatens to upset the carefully balanced life he leads, but when she begins to offer a hope for the humans he’s only ever dreamed of, can he risk trusting her?

And unbeknownst to both, a mysterious foe stalks the dark corners of Dock City. One that answers to a single purpose…

A Tale of Stars and Shadow is the story of Talyn Dynan, a sort-of princess and definitely badass warrior spy. Lisa Cassidy gives us a story with plenty of intriguing characters, poignant moments, and fascinating world building. The story turns on Talyn being sent as a sort of liaison from her own kingdom to a neighboring one. But there are layers to this mission that complicate matters exponentially, and the culture of Mithranar doesn’t make Talyn’s job any easier either.

My favorite parts of this story were when the Wolves, Talyn’s group of disparate and broken souls that she has to forge into a team, are together. I love the trope of people from different walks of life being forced to come together around a common goal and bonding with one another in the process. This novel scratches that itch perfectly. When Talyn is with the Wolves, training, talking, strategizing, whatever, I am here for it. There is a great deal of character development among the group, and Cassidy manages it with a deft hand, allowing various characters to step into the spotlight for their moment and then move on.

It’s handled very well and allows a fairly sizable cast to each develop in authentic ways. I also thoroughly enjoyed the world building in this one, particularly the Winged Folk. Their culture—while frustrating—feels quite real. The visual image of people with wings flying around their citadel, swooping into areas unannounced, is not only cinematic, but entirely fantastic. It’s a ton of fun in that way, and I felt like it gave the story a truly fantastic feel which I always love in my fantasy reads. There are a couple other aspects to the world build that felt worked very well too.

Unfortunately, I did find that the book had perhaps a little too much description for my tastes at times. Actually, a better way of putting it may be that it had too much exposition. Sometimes feelings were described more so than shown, and for me this resulted in moments when I felt like I should have had a greater connection to the characters, but didn’t.

It isn’t egregious, but having several paragraphs explaining feelings rather than a few sentences describing actions or reactions that communicated those same feelings, created a sort of disconnection with the main character for me. I also felt like some of the details of Talyn training the wolves were a little tropey at times, particularly when Talyn is sort of channeling her inner drill sergeant.

A Tale of Stars and Shadow has some great world building and features a team of misfit individuals coming together around a common goal. It’s a fun read that will especially appeal to those who enjoy stories featuring found family and ragtag groups up against overwhelming odds.

check out some of our other review

Guest Review The Sword of Kaigen by M.L. Wang