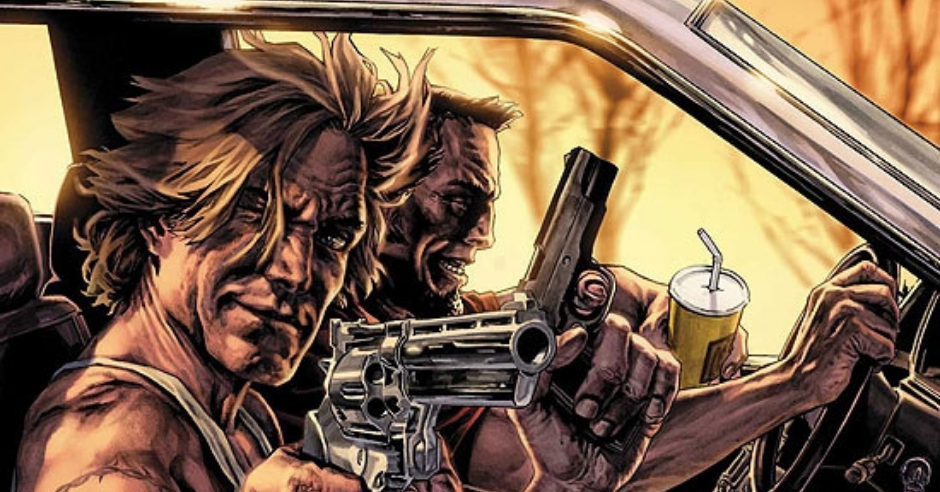 About As Good Adaption As Can Be Done

He smiles a lot. But I think there might be worms inside him making him smile.―

God doesn’t bribe, child. He just makes a sign and lets people take it as they will.―

Exclusive hardcover edition, collects The Stand: Captain Trips series of comics (#1-5) into one Hardcover volume. It all begins here: the epic apocalyptic battle between good and evil. On a secret army base in the Californian desert, something has gone horribly, terribly wrong. Something will send Charlie Campion, his wife and daughter fleeing in the middle of the night. Unfortunately for the Campion family, and the rest of America, they are unaware that all three of them are carrying a deadly cargo: a virus that will spread from person to person like wildfire, triggering a massive wave of disease and death, prefacing humanity’s last stand.

Making graphic adaptations of beloved books is a tricky business. Firstly, you need to take the overall feeling of the story and translate it to another media. Adaptation is hard on several fronts. Firstly, the source material can be pictured in a million different ways. Then the tonality of the source material needs to come across similarly. Usually, when dealing with adaptations, this leads to lackluster storylines, missed narratives, and an overall picture that is duller than the source material. There is a similar problem with adapting movies from books. A movie is rarely better than the sourcebook.

That is why this graphic representation was such a treat. This adaption is about as good as it gets for graphic novel adaptations. It is faithful to the original story, it gets the character’s right, and most importantly, it got the desperate, hopeful, and slightly scary feel of the book. The Stand, next to The Gunslinger, is King’s opus. It is a tome at 1152 pages. A lot is going on, and this novel did it just right. Adapter Aguirre-Sarcasa cut the fluff that was not integral to visual representation, kept the important stuff, and kept the compelling narrative. The only reason it got four instead of five is that I wanted more story. I am missing some parts of the original story in the adaption. But that is entirely my opinion.

If you are a King fan, this is great. Even if you aren’t, it is well done and worth checking out.

““That wasn’t any act of God. That was an act of pure human fuckery.”
― Stephen King, The Stand”

I recommend checking out The Chilling Adventures of Sabrina. It is also done by the same adapter, Roberto Aguirre-Sacasa.