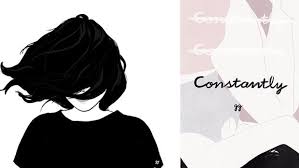 A Review of Constantly by GG

Home » All Reviews » A Review of Constantly by GG

Subtleties and the Destructive Power of Anxiety 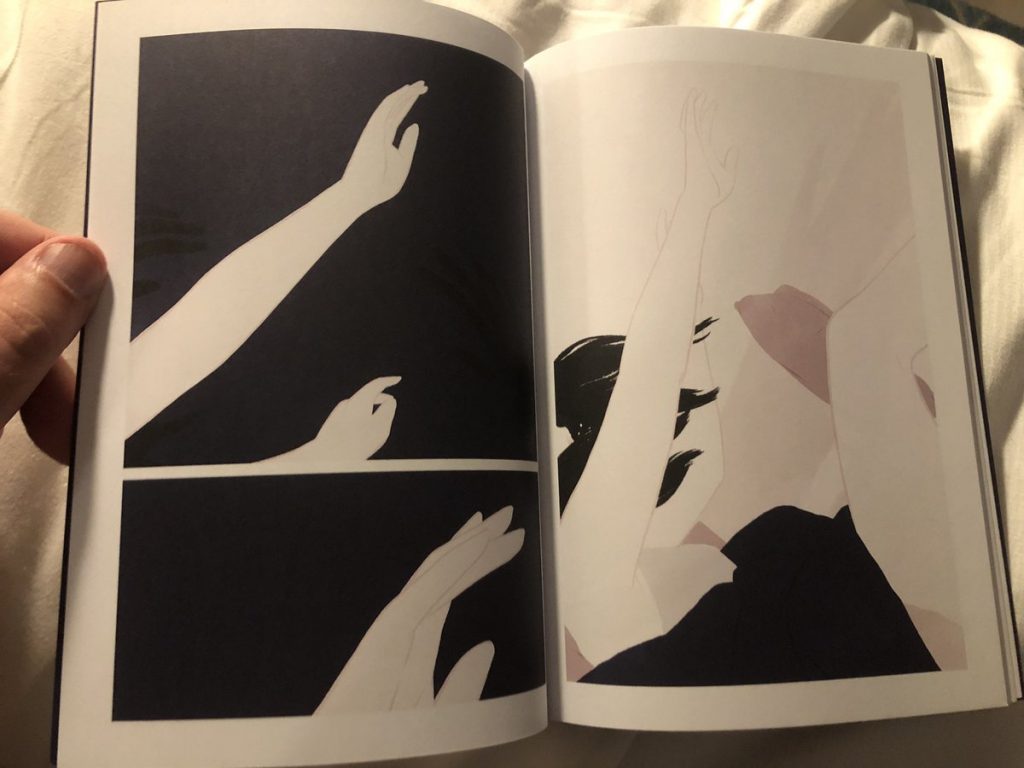 A poetic meditation rendered in beautiful pastels and black line on managing and struggling to get through the small tasks of every day. The claustrophobia of thought and the crippling of anxiety make any house haunted, any body possessed.

GG of I’m Not Here returns in Constantly with another elegant and minimalist story. The story is a touching portrait of a woman wracked by depression, disillusionment, and anxiety. The story reminds me much like a duck gliding so regally across the surface of a pond. Below the surface, the duck is churning the waters with desperate intense energy. Still, you would never know it by looking at the glass-like surface of the water just as you wouldn’t understand GG’s intent if you look at these panels superficially.

The story is rendered in neutral grays and pinks, almost fashionable colors. The first panels illustrate a young woman as she goes about her morning ablution. She awoke troubled from sleep, so she is now to get dressed. The panels, even from the very beginning, have a sort of air quality to them. You see the young woman gazing out the window. Instead of gazing in wonderment, you get the sense that she is gazing with anxiety. Something about each of the panels is almost imperceptibly off. Later as the story progresses, you see the only dialog. It is in the form of sentences written on a lined notebook sheet. In the beginning it reads:

Interspersed with the lightness of the pink and gray panels, we have dark panels that show the main character getting pulled in different directions from all angles. It is all confusion and desperation. Then there is a panel of the woman lying on a black bed surrounded by pink walls in the fetal position. As an anxiety sufferer myself, I can empathize and understand what she is feeling at that moment. I to have laid in beautiful rooms and been too wracked by so much anxiety I could not open my eyes nor lift my head.

As the story progress interspersed between panels of the woman doing benign things are scenes of the woman writing in her notebook:

It seems as if the character is standing on the abyss of dark depression; she does not want to live at this moment. But she also does not want to die. There is some hope, some small gem of Constantly hope still inside of her.

Constantly is a starkly affecting book. I thin, especially for those who have suffered from depression and anxiety. You can see it in the curve of the young woman’s hand, the angle of her head, the fact that you never see her real face throughout the story.

GG has given explained something vastly complicated with delicate clarity and nuance. It is beautiful and heartbreaking if you look a bit deeper.

I received a copy of this from Eidelweiss+ in exchange for my open and honest review.

Check out the next books written by the author.

gg lives and works in the small Canadian prairie city where she grew up during the 1980s. In this pre-Internet era, isolated geographically and culturally, drawing and making up stories was the means to connect to something more. It was romantic and lonely. In 2016 she was included in The Best American Comics edited by Roz Chast.